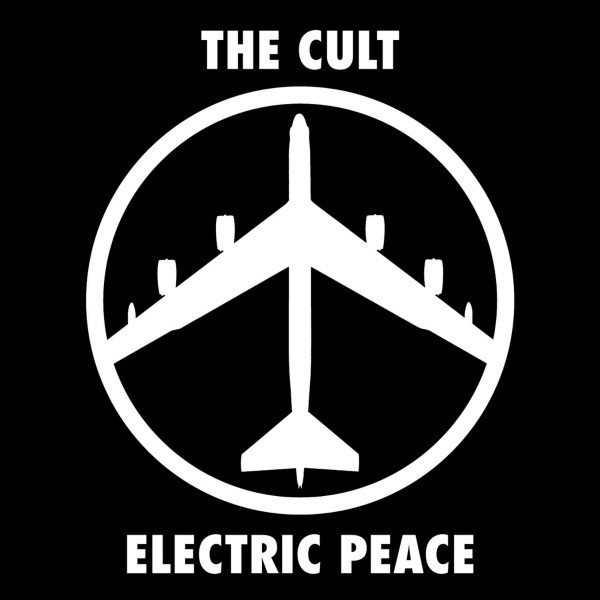 Lots of musicians come to forks in their creative careers, where they are forced to (or choose to) develop into something that may or may not resemble their past selves. Deciding whether to continue and evolve an early persona – what some may consider the “true” artistic heart of an artist – or to shed everything that came before and opt for a new approach altogether – experimentation that some may consider the mark of a “true” artist – is a choice that almost all musicians make at some point. They are either the Consistents (see: Springsteen, Green Day, James Brown) or they are the Changelings (see: Bowie, Joni Mitchell, Prince).

Or they are the Cult.

For the last 20-plus years, the band has held onto a somewhat justified reputation as purveyors first-class of lunkheaded rock & roll for the Ed Hardy set, despite the fact that, for those same 20-plus years, the Cult has tinkered considerably with their exact formulation of douchebaggery-to-brilliance. (For the record, the Cult's more execrable moments are almost completely forgiveable because band principals Ian Astbury and Billy Duffy are true believers in the life-affirming power of capital-R Rock & Roll, so their occasional – okay, semi-frequent – flights into ridiculousness are rooted in a sort of dumb honesty that's deeply admirable.)

But that wasn’t always the band’s reputation. In its earliest incarnation (as Southern Death Cult, then, later as Death Cult), it was a taut, aggressive, post-punk outlet for Astbury’s fascination with Native American culture and Duffy's wiry, reverb-drenched guitars. As the two got a little older (and shuffled through a few bandmates), their sound got a little more sophisticated, and their Dreamtime album (their first as the Cult) split the difference between the then-dying sound of percussive, Thatcherite post-punk and the then-emerging Paisleyana jangle of British neo-psych-pop.

In 1985, the Cult released Love, a natural progression from Dreamtime that shed the post-punk posturing and then swaddled Astbury in gauzy scarves, neo-hippy garb and brilliantly dumb lyrics about phoenixes, Native American totems and rain-as-a-metaphor-for-orgasm ... all while Duffy and the band hammered out a perversely muscular open-chord attack that melded hard-rock bombast with Beatles homage. The album was hugely successful in Britain and Europe and broke the band through to college-radio audiences in the U.S. It was the beginning of big things for the band, so when it came time for the Cult to record Love’s follow-up, they smartly decided to continue evolving; if Dreamtime-to-Love yielded such strong results, just imagine what Love-to-third-album would do.

The band hunkered down in the Manor Studios with producer Steve Brown (who also worked on Love) with a clutch of songs like “Love Removal Machine,” “Peace Dog,” “Electric Ocean” and “Zap City” that amplified everything that was great about Love, most notably the faintly ridiculous lyrics and the uniquely Cult-like blend of rock & roll brawn and studio-as-instrument production decisions. An 11-track album was recorded, mixed, sequenced and mastered. It was called Peace and it was fantastic.

The band scrapped the whole thing, calling in Rick Rubin to remix “Love Removal Machine.” Rubin declined the offer and instead insisted they re-record the whole song. The band was thrilled with the results and ultimately decided to have Rubin re-record the entire album. The result was Electric, an album that also completely shed the band’s alt/goth/post-punk legacy, this time in favor of pure AC/DC worship. It was hugely successful; Cult fans could squint their ears and pretend they were listening to their favorite band, while flocks of hard-rock heshers could pretend they were smarter than they really were.

Electric established the Cult’s reputation as supremely unsophisticated rockers. (Its folllow-up, Sonic Temple, did little to counter that reputation, although nearly every album that came later was much better.) But one wonders what the band’s legacy would be today had they released Peace as originally planned. Now that the album is finally available – as part of a two-disc Electric Peace set that combines it with Electric – listeners can decide for themselves. In Peace, you'll hear a confident and smart bunch of rockers with a unique sound that is both very much of-the-moment as well as forward-looking. But you’ll also hear a band evolving slowly rather than exploding their former selves in search of complete redefinition. The former may have created better art, but the latter was much braver.