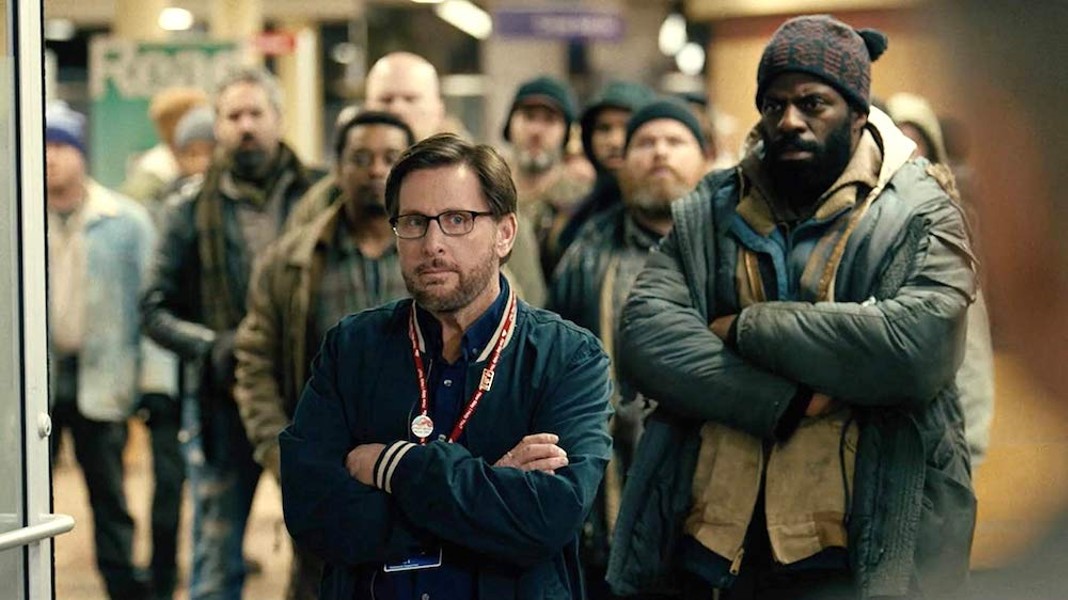 Audiences – and critics – lean into personality traits displayed by stars across a spectrum, be it from listening to song lyrics or parsing clues from repeat screenings of a filmmaker's work. We seek reflections that confirm perceived shared sensibilities and cultural norms. And it is sometimes easy to assume a degree of familiarity that is completely unwarranted based on the actual relationship divide between two parties.

I say "we" very intentionally because I find myself enjoying Emilio Estevez's current streak of films, the latest being the Cincinnati-shot The Public. A Queen City transplant, he has ties to the region (his father Martin Sheen was born in Dayton). Estevez seems to wear his politics openly, not in an on-his-sleeve way, but by acknowledging the humanity underneath the covering.

In the 2006 ensemble film Bobby – for which Estevez served as writer, director and co-star – he captured the assassination of U.S. Sen. Bobby Kennedy during his 1968 presidential campaign through the stories of an almost unwieldy number of participants in and around the Ambassador Hotel in Los Angeles on the day of the shooting.

While the film was a love letter to the spirit of Kennedy and his message, it also provided a snapshot of the sense of hope that was on the verge of being snuffed out in that tragic moment. Four years later, Estevez followed that up with a far more intimate tale, The Way, about a father (Sheen) who embarks on a journey along the El Camino de Santiago to reconnect with his estranged son who died on the legendary pilgrimage.

In each case, Estevez's light touch prevents the narratives from becoming polemics. What makes these projects even more fascinating is that Estevez maintains a discreet distance from viewers. He, as a performer, is not the center of attention or the protagonist, and yet his presence seems to envelop every frame. Estevez acts as the Everyman who, like us, can be and is inspired by others – whether they are iconic cultural figures or regular folks.

With The Public, he does it again. Here, Estevez tweaks the formula by taking a more active role in front of the camera. The inciting incident is an act of civil disobedience that takes place in the downtown branch of the public library, where a community of homeless citizens seeks shelter during a brutal cold snap.

Before the plot kicks in, we see Estevez as Stuart Goodson, a library employee with a quiet love of books and a strong understanding of the power of redemption. Goodson is far from a hero or savior; instead, we come to see and appreciate him as a man who has been saved and who recognizes, daily, the impact it has had on his own life.

Once the narrative begins revving up, we're introduced to a host of characters – police officers, politicians, city administrators, homeless and mentally ill people, and members of the media – who could simply wander through the frames as stereotypes and play to our base social and cultural biases.

Everyone wants their social media moment, their win. But Goodson reminds us of the burden and the responsibility inherent in these frenzied instances. Life, at some point, will continue long after the media has rushed off to the next situation and the likes and retweets trickle out.

But I'm not talking about Goodson. The Public is about Estevez. It lives and breathes in the same hope and goodwill present in Bobby and The Way, with the same sentimental approach that transforms characters into people we care about and want to spend a few hours with in the theater.

I wanted Stuart Goodson to be real (and he was) because he's the kind of person I would like to imagine lives in downtown Cincinnati. Goodson sees the people around him who are otherwise invisible and guides the blind to the unseen in a way that creates reflections in our divides.

There is something decidedly old-fashioned about the storytelling in The Public, but maybe there's truth to the idea that we need to understand and appreciate the past if we're ever going to be able to move forward together. I'm ready and willing to follow Estevez, every step of the way.