No more drama; Jackson collaborator skirts tabloid fodder and offers personal insight into the man and his music 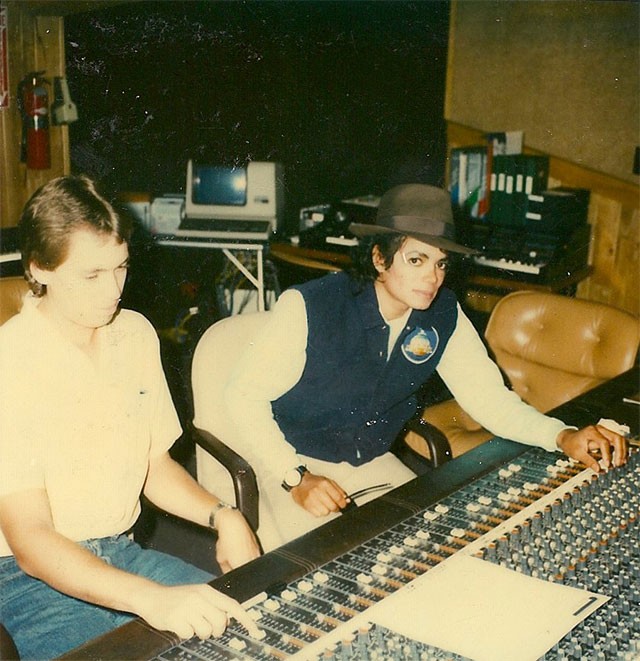 IN THE STUDIO WITH MICHAEL JACKSON

Brad Sundberg first met Michael Jackson at some point in 1984. Sundberg can’t remember the specific moment the two first interacted – he figures it happened while they passed in a hallway – but even at that relatively early stage in the King of Pop’s career, Jackson was “this almost untouchable superstar” coming off the enormous success of 1982’s Thriller and his prominent role in MTV’s rise to cultural juggernaut. Thanks to some good fortune while working at Westlake Recording Studios – a West Hollywood, Calif., studio frequented by Jackson – the Santa Cruz-bred Sundberg went from being a studio runner to apprenticing with producers Bruce Swedien and Quincy Jones as they collaborated with Jackson on what would eventually become 1987’s Bad. Sundberg soon stopped attending recording school at night to sit in and observe these men at work, in time becoming part of Jackson’s inner circle.

“I went to New York when we kicked off the U.S. leg of the Bad tour, and I was standing backstage 50-60 feet away from him watching him perform, and I’m kind of looking at my wife going, ‘Who is that?’” says the Windermere-based Sundberg, 49, who today oversees BSUN Media Systems, a company specializing in home entertainment systems. “It was such a dynamic, explosive performance that he put out, and back in the studio, it’s just Michael. One on one, he’s just Michael.”

Since June 2012, Sundberg has been revisiting his professional and personal experiences with Jackson for an ongoing audiovisual seminar series called “In the Studio With Michael Jackson.” Until around 2002, Sundberg worked on and off with Jackson on various projects, including albums (such as Bad and 1991’s Dangerous), remixes, short films and custom equipment installations at Neverland Valley Ranch.

The Orlando edition of the seminar – which has also or will run in Paris, New York, Stockholm and Toronto – will consist of Sundberg discussing Jackson-related topics for about five hours in detail, supplementing the conversation with materials like home videos and studio outtakes. “If anything, I try to make Michael more human and somebody that you can see is kind of a cool guy to hang around,” Sundberg says. His seminar’s $199 ticket also covers a catered dinner similar to the weekly family-style dinners Jackson would arrange so the singer, his crew and his crew’s families could spend some downtime together.

Jackson’s legacy, of course, is connected to heavily publicized controversies and bizarre arcana as much as it is to his music, but Sundberg’s project purposely skirts tabloid-friendly fodder. “[The seminar] didn’t have a grand plan in the beginning. The ground rules were [that] we didn’t care about plastic surgeries or allegations. Leave that outside,” he says. “It’s not my job to go around and change everybody’s mind [on him], but I think people are just tired of the endless barrage of jokes and negative [comments]. Some people would rather just dig down a little bit and go, ‘Let’s hear some of the music that he created and the stories behind it,’ and that’s what the seminar is about.”