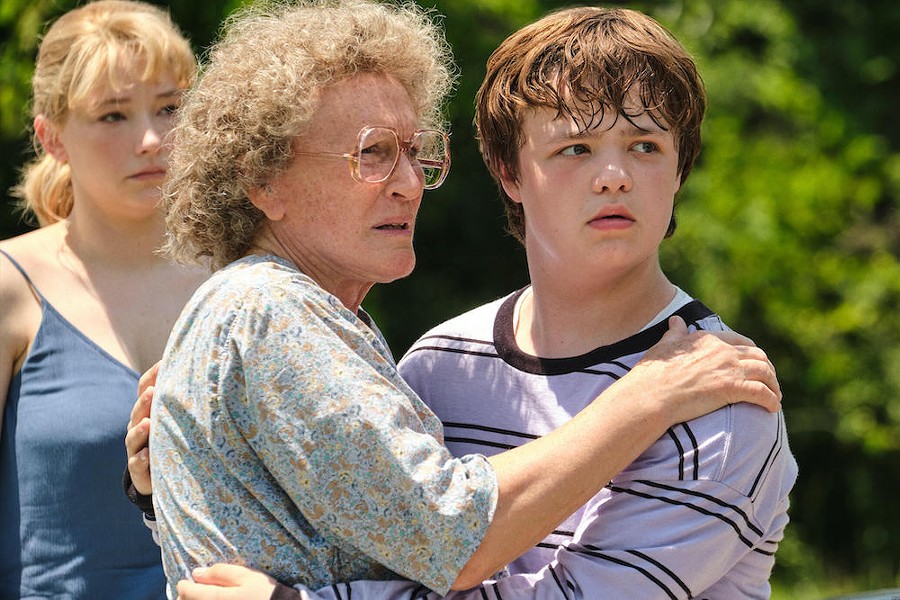 Premieres Wednesday: Holiday Home Makeover with Mr. Christmas – Interior designer Benjamin Bradley works his magic for "deserving" families whose houses need sprucing up for the holidays. So what makes a family "deserving"? I've got a Charlie Brown tree that ain't gonna bedazzle itself. (Netflix)

No Man's Land – This original drama series follows a French guy who throws in his lot with Kurdish women who are fighting ISIS. Ooh! Big man, hiding behind your girlfriend's burka. (Hulu)

Premieres Thursday: Leap of Faith: William Friedkin on 'The Exorcist' – Director Friedkin explains how he created the greatest horror film of the late 20th century. Can't wait to hear why he chose Campbell's split pea over Progresso. (Shudder)

Premieres Friday: Animaniacs – Yakko, Wakko and Dot are back, with Pinky and the Brain along for good measure. But where are the Goodfeathers? I'm sure they're available, since Trump lost the election and Bobby didn't have to leave the country. (Hulu)

Marvel's 616 – Learn the history and influence of the world's most beloved superheroes in an eight-episode documentary named after the primary reality in the Marvel multiverse. File under: THINGS I HATE MYSELF FOR KNOWING. (Disney+)

The Pack – Lindsey Vonn hosts a reality competition in which dogs and their owners engage in physical challenges. Dark-horse favorite: a laid-off Cirque guy dressed as a husky. (Amazon Prime)

Run – Sarah Paulson plays a woman who exerts a sinister influence over her wheelchair-bound daughter. In the latter role, Kiera Allen becomes the first genuinely chair-using actor to star in a thriller since the 1940s. I knew Raymond Burr was lying to us! (Hulu)

Small Axe – Steve McQueen directs an anthology about the Black experience in Britain. Great news for people like me, who are big fans of Britain, Black people and anthologies. (Amazon Prime)

Premieres Saturday: Between the World and Me – Documentary footage, book readings and on-stage dramatizations all feature in this adaptation of Ta-Nehisi Coates' book about the Black experience in America. Quoth Steve McQueen: "Too bad you couldn't manage an anthology." (HBO Max)

Premieres Sunday: Dolly Parton Christmas on the Square – Dolly and Christine Baranski co-star in a holiday fable about a cold-hearted entrepreneur whose life is changed by an angel. Guess I don't need to tell you which plays which, but wouldn't you kind of love to see it the other way around? (Netflix)

Premieres Monday: Shawn Mendes in Wonder – The wunderkind singer appears in a documentary about the last few years of his life. Clarification: There are only a "last few years" of Shawn Mendes' life. (Netflix)

Premieres Tuesday: Hillbilly Elegy – Ron Howard's adaptation of J.D. Vance's memoir is taking a critical pasting for its stereotypical portrait of Appalachian life. Now imagine how bad the reviews would be if those hillbillies knew how to work a computer! (Netflix)

Notes for My Son – A terminal cancer patient spends her final days writing a book for her 4-year-old child ... whenever she isn't busy posting on social media. Damn, that TikTok can take you away from anything. (Netflix)