'Extra Ordinary,' opening at Enzian Theater on Friday, spirits away a unique premise 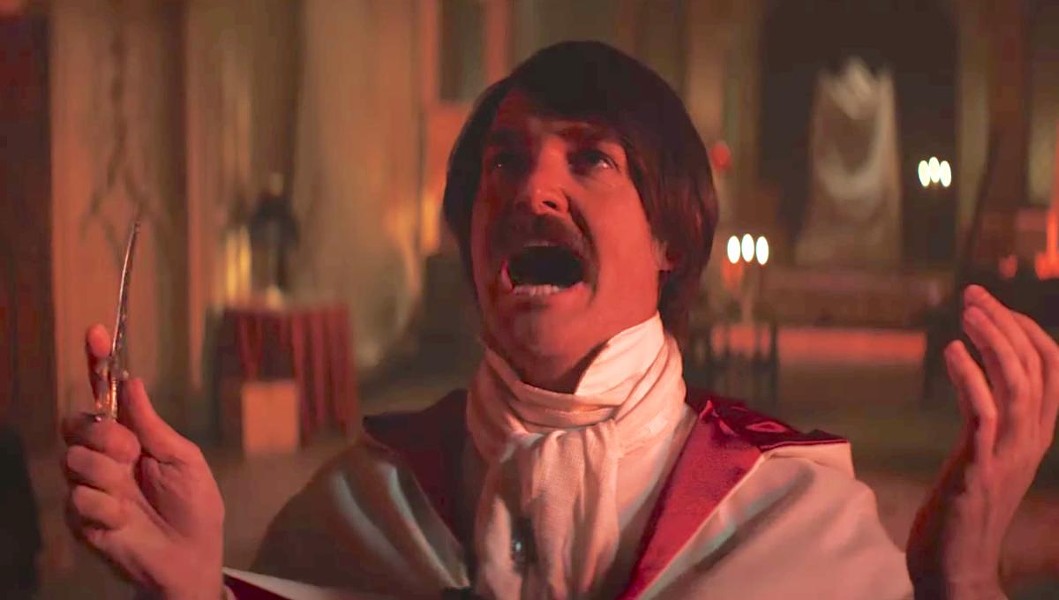 “Anything different is good,” Bill Murray mused in Groundhog Day. With respect to Phil Connors, Extra Ordinary casts doubt on that theory.

Remarkably quirky yet only sporadically funny, this mix of horror and romantic comedy certainly lives up to its name. (Note the two-word misspelling, which the film explains.) Indeed, the off-kilter Irish flick is substantially original, though it owes a lot to Edgar Wright’s Shaun of the Dead, Taika Waititi’s What We Do in the Shadows and, of course, the king of paranormal comedies, Ghostbusters.

If you loved all those films, Extra Ordinary might be your groove. But, regrettably, said groove is sanded smooth by low-brow vibes, gross-out shenanigans, poor plot choices and a single actor’s Razzie-worthy ruination of the movie’s small-scale charm and farcical heart. (More on that later.)

Written and directed by first-timers Mike Ahern and Enda Loughman, Extra Ordinary is a mismatch of two stories. The better one involves Rose (Maeve Higgins), who lives alone in a small Irish town, seemingly content to eke out a living as a driving instructor. Her real talent is communicating with the dead and ushering them into the afterlife, a gift she shared with her father, a prominent paranormal expert. But after an accident left her dad dead, Rose abandoned the ghost-busting.

Busting didn’t abandon her, though, as villagers still seek her help with either explaining or exorcising a variety of phenomena. Martin (Barry Ward), a single dad, is one such villager. He’s haunted by the well-intentioned but overbearing ghost of his dead wife, who discourages his doughnut noshing and scrawls creepy but helpful messages in burnt toast, such as “the dog has worms.” Martin and his daughter appreciate the veterinary advice, but they prefer their toast blank and their doughnuts freely consumable. So Martin reaches out to Rose, and they soon form an unlikely bond.

If only the film had confined its story to their blossoming friendship and potential romance, with the paranormal activity presented as charmingly odd subtext. Instead, a second story is interwoven, powered by that aforementioned performance from the depths of hell, literally.

Christian Winter (Will Forte), a formerly famous American singer, is now living in Ireland for no apparent reason other than to avoid U.S. taxes and perform satanic rituals that will reinvigorate his musical career. If that doesn’t make much sense, it doesn’t matter, for this is farce. But comic timing and acting ability do matter, and Forte, an acquired taste, exhibits neither. Admittedly, the overstuffed script is just as much to blame, as it shows little faith in its unique premise or the pleasant chemistry between Ward (Blood Cells) and Higgins, in her first lead role. If it had sacrificed Forte, it still would have been largely a one-note, single-joke film. But the story’s soul would have been saved.

When Rose and Martin aren’t busy battling Christian’s demonic spells, they share a couple of tender and funny scenes, one of which involves Rose overhearing Martin calling her “weird. Nice weird.” That might not sound like a compliment, but Rose is glad to take it.

(Extra Ordinary opens at Enzian Theater Friday, March 13. Our critic gives it 2 out of 5 stars.)