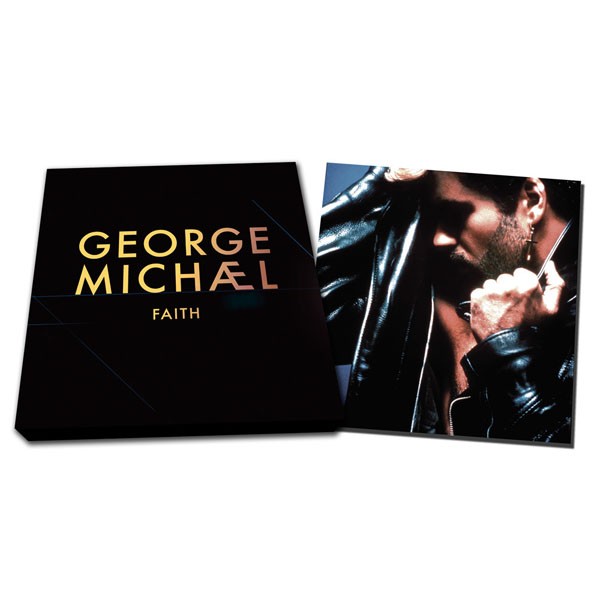 There’s things that you guess and things that you know. The opening salvo to George Michael’s official entry into the canonic atmosphere of solo-pop superstardom was many manicured things, none of which involved guesswork. “I Want Your Sex,” introduced with the electronic blips and blurps that would come to define the summer of 1987, arrived as sucker punch of hormonal clarity – “natural,” “chemical,” “logical,” “habitual” – designed specifically for controversy. The record was instantly banned, scrubbed, winced at by mothers in station wagons and embraced by the acid-washed masses slouching toward puberty. It was a phenomenon created to be a phenomenon, but unlike the industrial raunch of Trevor Horn’s “Relax” gay bar, it was not countercultural. It was super-cultural. “Sex” – along with the rest of the Faith campaign – was a fete of infrastructural innovation, a bullet train of mechanical precision and bravado with its sights set on everywhere.

Michael had already tested the waters: Strategic duets with Aretha Franklin (“I Knew You Were Waiting”) and Elton John (“Wrap Her Up”) – along with solo-credited output like “A Different Corner” and, oddly, “Careless Whisper” – had already done the job of shedding the short-shorts of Wham! camp; nobody was buying the Andrew Ridgley “duo” schtick by 1987, anyway. So when “Faith” (the single) arrived post-coitus, replete with a Hammond organ allusion to Wham!’s “Freedom” in the intro, it was, effectively, a scripted declaration of independence. He knew we were waiting.

This month, Sony – the company with whom Michael would wage a bizarre litigious war for six years after Faith’s release – unpacks the archives to reintroduce the immaculate legend that the album became. They didn’t have to work very hard, honestly. In the current era of reissue madness, specifically of ’80s artists, Faith holds the dubious honor of being sonically uncorrectable. The crisp treble clicks and  stomach-baiting bass that rattled your Mazda RX-7 back then are still here in spades, presented anew – depending on the size of your wallet – with a largely unrewarding bonus disc of radio and instrumental mixes, a fantastic DVD of the videos (six of the album’s 10 tracks were hits, not including the “Hard Day” 12-inch), interview footage and the obligatory heavy-vinyl-and-hardbound-book completist’s dream that stockbrokers have come to expect. Nice package if you can get it, but you needn’t worry. Faith alone is enough.

As calculated as the album may have appeared, there is no denying its raw sexual power. “Father Figure” creeps into the finger-snaps of the nighttime fog, “bold and naked” with uncomfortable insinuation, builds into a gospel-crescendo chorus of stalker abandon “If you ever hunger, hunger for me,” indeed. “Monkey” – reinvigorated by Jimmy Jam and Terry Lewis for its 7-inch bow – slaps and wriggles its way around drug addiction like no song since. If you’ve ever wanted to sleep with your teacher, give uber-ballad “One More Try” a go. And would there even be a Michael Bublé without “Kissing a Fool”?

Faith is the stuff of legend, a genre-defying decree of ambition that achieved exactly what it set out to do: charm and engage the world. (It’s sold 10 million units in the U.S. alone.) And even if George Michael finds himself passed out on the steering wheel of his BMW again, cracking a cannabis smile at an empty intersection, he can do so knowing that he got exactly where he wanted to get at one point – he made it to everywhere.