Roe v. Wade established abortion as a right – and rights, by definition, aren’t up for public referendum 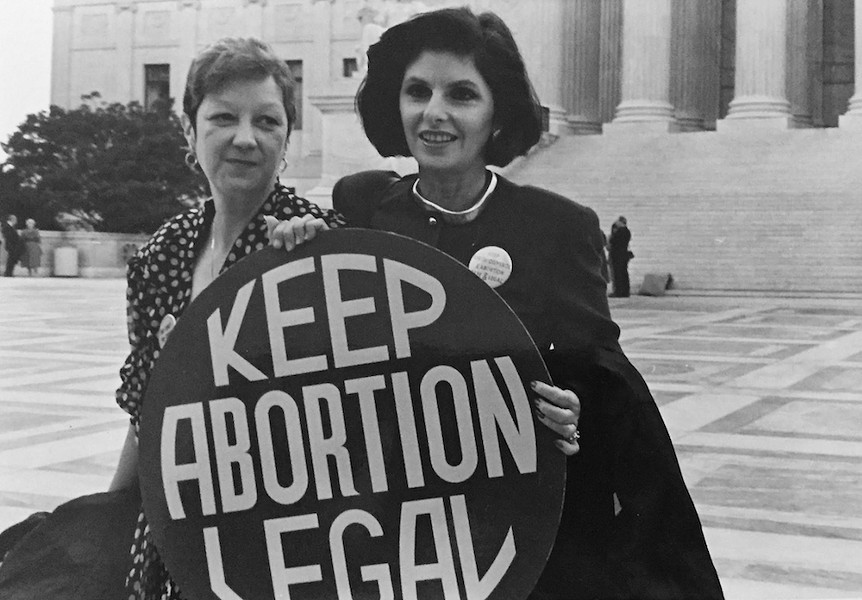 Growing up – at home, at church, at school – there was one thing I knew to be true.

In the strain of conservative Christianity in which I was inculcated – which I wrote about a couple of weeks ago – wanting to rid the world of abortion felt as foundational as faith in Jesus Christ. So when you'd hear that some guy shot an "abortionist," in the lingo, it made a perverse kind of sense: Wouldn't you kill a killer to save a child? The images and rhetoric – babies being torn limb from limb for fun and profit – were so visceral. It was a difficult indoctrination to shake.

In time, though, I came to realize that, while these arguments were sincere, things weren't so black and white: that I was a man who shouldn't presume to dictate morality to women; that the loudest anti-choice activists really saw banning abortion as a way to enforce traditional gender roles and archaic sexual mores; that the so-called science animating the movement was mostly bullshit.

That's not to say people don't have real moral and ethical qualms about abortion. A Gallup poll from June found Americans evenly split between the pro-choice and anti-abortion camps – meaning that in the last quarter-century, the anti-abortion-rights crew has closed a 23-point gap – and while most Americans don't want to ban abortion, they do want to limit it to "certain circumstances," whatever that means, and a narrow plurality believes abortion is morally wrong.

Some of them, I suspect, were inundated with the same horror stories I was. Others probably find the subject uncomfortable and imagine they'll never have to deal with it.

Of course, their feelings shouldn't matter. Roe v. Wade and subsequent court decisions established abortion as a right until the fetus is viable, and after viability to protect the health and life of the mother. Rights, by definition, aren't up for public referendum.

But with the Supreme Court's new conservative majority, Roe is imperiled and anti-choice groups see an opening. Last year, Iowa Republicans passed a bill that would ban abortion at six weeks – that is, before many women even know they're pregnant – which they admitted they wanted to go to the Supreme Court so it could overturn Roe. (A state judge struck it down last month, so no dice.) Republicans in Ohio, Kentucky and Tennessee are trying the same thing.

Abortion rights advocates are playing defense. In New York last month, Democrats passed the Reproductive Health Act, which codifies a woman's right to choose no matter what the Supreme Court does. It also allows women to terminate a pregnancy after 24 weeks if the fetus is nonviable or if their health or lives are endangered by carrying it to term.

The anti-choice crowd responded in a manner that felt familiar.

"NY Law Is Infanticide," thundered the press release from the right-wing Liberty Counsel, adding that the law "authorizes the murder of unborn babies up to the point of birth for any reason and revokes medical care for babies who are born alive after a failed abortion."

The same thing happened when Virginia Democrats tried – but failed – last week to liberalize that state's abortion laws, including eliminating a 24-hour waiting period. Here, too, the key issue was so-called late-term abortion: Virginia law currently mandates that, to terminate a pregnancy in the third trimester, three doctors must agree that carrying it to term endangers the mother's life or could "substantially and irremediably" impair her mental or physical health. The proposal sought to reduce the number of doctors to one and remove the "substantially and irremediably" qualifier.

Republican ire was particularly aimed at bill sponsor Kathy Tran, who admitted her bill would allow a woman who was dilating to receive an abortion, and Gov. Ralph Northam, a pediatric neurologist, who said that, if a child was born after a failed abortion, "the infant would be resuscitated if that's what the mother and the family desired, and then a discussion would ensue between the physicians and the mother." It was obvious Northman was referring to a nonviable or severely deformed fetus, but no matter: They were painted as baby killers. (On Friday, Northman's blackface scandal emerged, and this slipped into the background.)

As might be obvious if you've watched these folks long enough, this freakout isn't entirely in good faith. Third-trimester abortions account for 1 percent of abortions in the U.S. They're expensive and painful, and literally no one carries a fetus for 40 weeks and then terminates it lightly. These procedures are almost always performed because the fetus isn't viable or birthing it might kill the mother. Even second-trimester abortions are rare, about 8 percent.

And while we're at it, no, the dilation-and-evacuation procedure used in second-trimester abortions – and banned in six states, according to the Guttmacher Institute – doesn't cause fetal pain, because fetuses at that stage cannot feel pain. They don't develop the cortical function necessary to do so until 29 or 30 weeks of gestation.

None of this gets at the philosophical question of whether abortion is morally acceptable (again, not that it should matter). But as conservatives push to roll back abortion rights, we should at least recognize that the most outlandish claims, the ones perpetuated to disgust you, are rooted in myths of what they want you to think abortion is, not what it actually is.