Film version of ‘Divergent’ is a worthy effort

Despite weaknesses of the wildly popular YA book, movie does a good job filling in the gaps 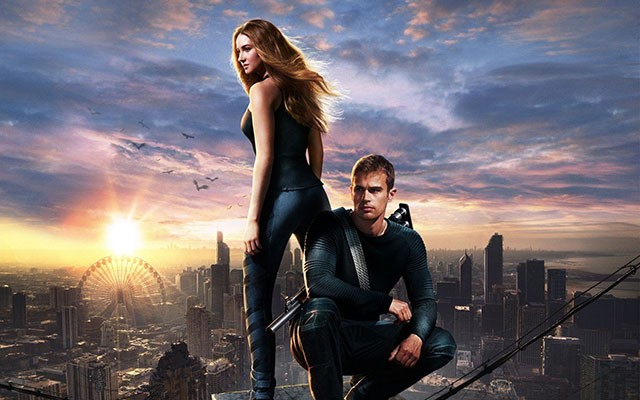 In 2012, The Hunger Games tapped a blossoming Jennifer Lawrence to be its leading lady. As Katniss Everdeen, Lawrence has become an icon. Meantime, she’s cemented her stardom in a bouquet of ambitious mainstream Hollywood roles, winning (in addition to adulation from both genders for at least two reasons) an Oscar in 2013 for her performance in David O. Russell’s Silver Linings Playbook.

Now Divergent, a film based on another international bestselling YA franchise, has found its own star-on-the-rise in Shailene Woodley. Woodley was a revelation of adorableness in last year’s The Spectacular Now. And with her performance as Tris Prior in Divergent, she rescues and then raises up a film that could have been an utter disaster.

Wild success notwithstanding, Divergent-the-novel, written by the young, gifted storyteller Veronica Roth, wasn’t all that great. The world Divergent envisions – a dystopian and pretty explicitly Orwellian future-Chicago where society is segregated into five factions based on virtues – doesn’t withstand even surface-level scrutiny with reference to the world’s history and politics, and it begs way more questions than it answers. The architecture of “the world” is mostly gloss. Furthermore, Divergent’s central conflict, that the heroine doesn’t “fit in” with any of the factions and thereby represents a threat to society, is both clichéd and confusing in context.

That said, for the plot junkies of the YA crowd, Divergent is a more-than-adequate fix. People are crazy about this series: It’s a page-turner chock-full of all the PG-13 romance and sequential low-stakes thrills we’ve come to expect from the genre.

In Divergent, though, it must be noted, the stakes are sometimes improbably – almost cartoonishly – high. One of the factions, “Dauntless” (the goth kids tasked with the defense of the city), assert their bravery by climbing all over skyscrapers and jumping on and off elevated trains. These are situations where survival is honestly a 50/50-type prospect. Death always seems like a viable outcome in many of the scenes here, and this is unsettling outside of the established narrative parameters in something like The Hunger Games, where death is the whole idea.

Case in point, the ultimate Final-Solutionish conflict of Divergent is that the implacable head of the Erudite faction – the smart ones – (Kate Winslet) wants to eliminate not only the Divergents (people who don’t fit in) but also, via mind-control of the Dauntless foot soldiers, an entire faction at large: Abnegation, the civil servants who are all about self-sacrifice and modesty. This is what’s known as genocide.

So the book has some issues.

But one of the reasons Divergent succeeds as an adaptation even more so than The Hunger Games is that the imagination of the physical world is so much better and more complete. Take, for instance, the scenes that happen in the Capitol in the film versions of The Hunger Games. What on earth are these people wearing? Who decided on these dumb futuristic props? Other than Stanley Tucci’s game show-style interviews as Caesar Flickerman, which were superb, the whole visualization of the Capital seemed random, incoherent and moreover substantively irreconcilable with the realist squalor of the outlying districts.

In Divergent, the physical world is awesome. Chicago is a striking and brutally realized setting as a recovered metropolitan hub after some nonspecific global conflict. Though the Factions’ outfits look way more like costumes than clothes, the design choices made to differentiate the various groups and their locales seem to have been choices made by a creative team working together.

In the best examples of YA speculative fiction, most of those choices are predetermined before they’re adapted into movies, because they’re written. The problem with many recent entries in speculative YA is that so much emphasis is placed on plot that film directors and production designers don’t have a ton to work with in the source material. As readers, we unconsciously measure the success of these books by how well the construction of their worlds are integrated in the actual forward momentum of their plots. (We measure the success of their movie versions in the same way, except a lot of the world construction doesn’t need to be explained. It’s just there, on screen.)

In Divergent, so much of the plot exists in this broad-stroke universe until something bad or specific happens. And that’s fine, except that means you’ve got Tris Prior defecting from Abnegation to Dauntless within the first 10 minutes of the film, a la The Giver, and then learning warrior skills like boxing and capture-the-flag for a solid hour, under the tutelage of the dour Four (Theo James). This is like 250 pages in the book, and it’s a real struggle.

I’ll return, though, to the notion that Woodley rescues the film. The premise here is weaker than The Hunger Games by a pretty substantial margin. But Woodley, never mind the situations she’s put in, demands that we care about her. The anxiety of choosing to abandon the Faction she grew up in, the hardship of not fitting in, the thrill and fear of falling for her superior, the thrill and fear of taking on conventions and then all of society, the pain of losing (or dispensing with) someone close to her, are all rendered in exquisite nuance and depth in Woodley’s watery, wonderful eyes. This girl can act, ladies and gents. She’s got a few tear-jerking scenes which should make all of us seriously consider stocking up on tissues for The Fault in Our Stars.

Go for the production design. Stay for Woodley. And don’t ask too many questions.