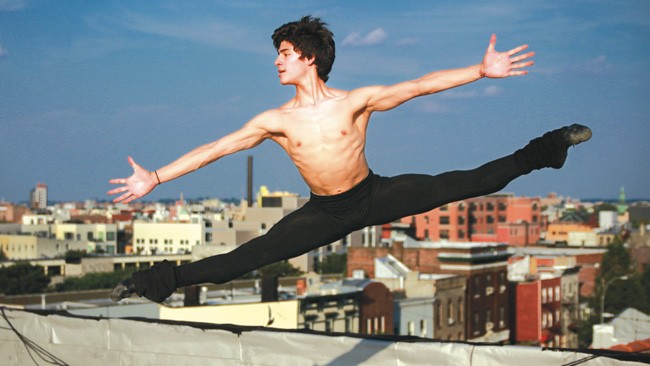 The numbers are baffling: When you consider that of the 5,000 dancers, ages 9 to 19, attempting to snag a contract or scholarship at the Youth America Grand Prix, a do-or-die competition for dancers of all stripes, and that each of those 5,000 (and especially their parents) have sacrificed everything, socially and financially, to get to this point, it's hard to imagine how rookie director Bess Kargman can deliver anything but odds-on bad news by following six ballet students from different backgrounds. Six out of 5,000 – that's beyond daunting. (Incidentally, the Orlando Ballet School placed two winners at YAGP last month.)

From an adopted girl from Sierra Leone to the 11-year-old Aran Bell, whose older brother re-enlists in the military to free some spare dough to fund his little bro's ambitions, Kargman elegantly, poignantly stacks her deck with pressure-cooker moments. One can practically feel the anguish of Joan Sebastian Zamora, a 17-year-old Colombian boy who was sent to New York in search of a better life, as he attempts (and fails) to elicit homesick sympathy from his mother, who won't let him slip into self-pity for one second. One can relate – however minutely – to one mother who spends countless late nights hand-sewing her daughter's elaborate dresses because the competition variety runs in the hundreds of dollars.

Yes, First Position is similar to Spellbound (as is practically every competition doc these days) and Kargman paints dance with the same near-spiritual brush as the very recent Jiro Dreams of Sushi, but ballet is one such endeavor where that can be forgiven – if you've ever just hung out with a ballerina, you know how truly alien they can be. Their craft demands that they defy gravity by contorting their form, even their personhood, and seen in repose, the effect can be exhilarating and frightening all at once. Imagine how they must feel.