Five scenes from ‘The Hunger Games: Catching Fire’ we can’t wait to see on the big screen 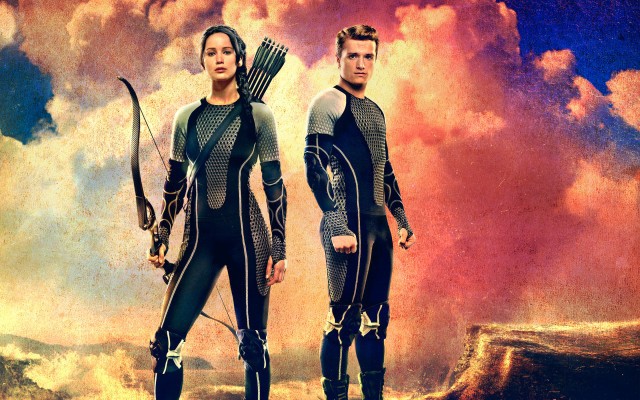 The Hunger Games franchise continues to expand with seemingly dead-serious studio talk about a future theme park and, of course, the theatrical release of Catching Fire. Not only was the preceding Hunger Games film well-cast, but the costumes and effects were superb, and the film did a first-rate job of portraying Suzanne Collins' ultra-reactionary civilization of Panem and its government's cruel torture of its children.

With Catching Fire on the cusp of its release (Nov. 22) and no access to the film yet, we can't be sure how much of the second book will make it onto the screen, but having read it, we do know there is a lot more subtle tension to be captured leading up to the splurge of action at the end known as the Quarter Quell. So here we list the book's most gripping moments, and hope that new-to-the-franchise director Francis Lawrence (I Am Legend) handles them as deftly as his predecessor, Gary Ross (Seabiscuit).

In this early Catching Fire scene, the ominous President Snow (Donald Sutherland) shows up unannounced to manipulate Katniss (Jennifer Lawrence) into playing a different but just as dangerous game as the one she's been twice cast in. In the book, Katniss keeps her cool outwardly while being truly shaken by this interaction. No one doubts Lawrence's acting chops after her deserved Oscar win for Best Actress in a Leading Role (Silver Linings Playbook), but we're hoping they don't go the easy route of giving her a twitchy teenage attitude toward Snow rather than the admirably collected (but still broken) girl we loved in the book.

In the book, this reality-TV moment lasts all of two sentences, but odds are we can expect this particular scene to get much more screen time than that.

3. Katniss asks Gale to run away with her

It was difficult not to guffaw when Katniss played Han Solo with Gale's heart, answering his declaration of "I love you" with "I know," but it will be interesting to finally see that Gale (Liam Hemsworth)-and-Katniss chemistry enacted, so it'd be a shame if this scene gets cut, even though we've all seen it before.

4. Katniss and Haymitch get drunk

Collins has a habit of bludgeoning you with all the ways that Katniss "catches fire" in the book, but this one has by far the most humor, although Peeta is none too thrilled with how well Katniss takes to the white liquor that makes her nose and eyes run. We've seen Haymitch (Woody Harrelson) drunk, so here's hoping they manage to capture this rare splash of camaraderie between the two like-minded but usually in conflict characters.

The Quarter Quell arena (with its creepy Lost-like elements) is sensationally packed with all kinds of fantastical elements that best the previous book's limited "muttation" threats, but the effect of the white fog that causes "nerves to spasm" could be almost as difficult for the actors to portray as the stumbling (and smartly choreographed) zombies on The Walking Dead. We're eager to see how this scene shakes out.