Flashes from the outer limits of the Orlando DIY scene

A performer painted pink, wearing makeup that simultaneously recalls Divine and back issues of Famous Monsters, floats up to a makeshift stage at the Manes Emporium of Doubt on a Friday night and sings heartbreaking, near-operatic pop music. The small crowd swoons in unison, the neighbors don't complain, and Orlando meets Miami's JuJu Pie in the backyard of a house tucked away in a quiet neighborhood near downtown.

This is one moment in Orlando's DIY community, a loose confederation of smaller venues and spaces dedicated to showcasing performances unconstrained by rules or labels – experimental and untrammeled music, art and creativity.

Don't get us wrong, we at Orlando Weekly love live music in all of its myriad forms and scales – anything that gets people out of the house gets a big thumbs up from us – but lately we've really been taken with the more outré fringes of the DIY music scene in our town.

This is a scene that's been the beneficiary of multiple shots in the arm recently. There's been a resurgence of house venues hosting shows, as well as mid-size venues taking chances on events and artists they would have shied away from previously. And a local corps of very diverse performers are being met, crucially, by audiences ready to take a chance on outside-the-lines sounds.

Shows operate mostly as communal, small-scale labors of love, with shared contacts, resources and equipment. The impetus to present these shows is usually a deep personal desire to expose locals to whatever touring act is coming through, often for the first time. (It sure isn't a desire to make money.) We've been to a hell of a lot of performances in these DIY settings of late, and we've documented a fraction of it where possible. Here's a collection of impressions and moments that took our breath away and made us both lean in and jump back at the sheer strange beauty of it all.

Photo essay:
Seen in between: Flashes from the outer limits of the Orlando DIY music scene 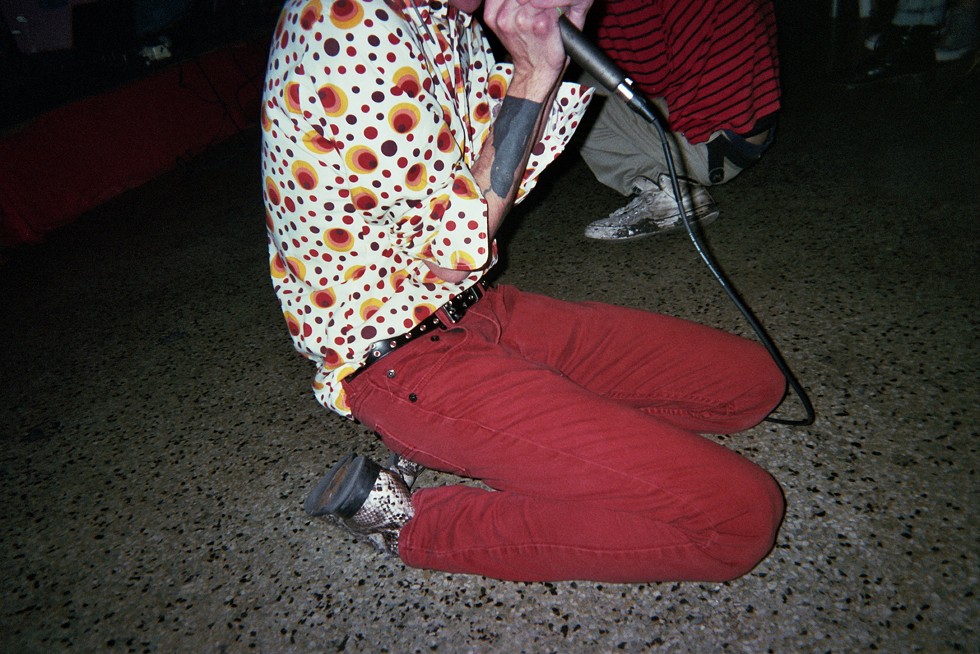