Florida and Georgia go to the mat over Apalachicola Bay 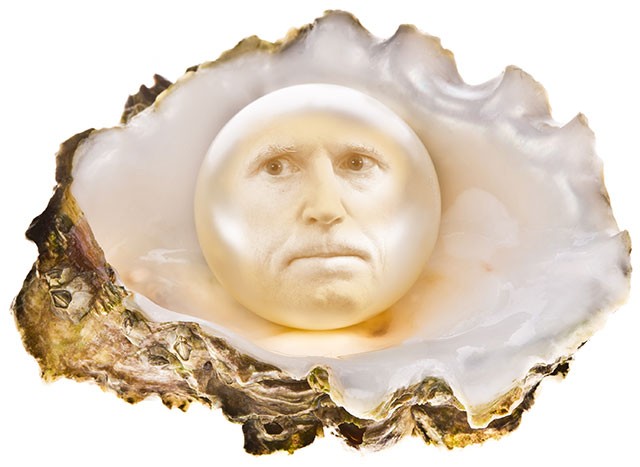 GALLONS OF WATER GEORGIA IS EXPECTED TO CONSUME daily FROM THE APALACHICOLA-CHATTAHOOCHEE-FLINT RIVER BASIN BY 2035; THE ATLANTA AREA ALREADY WITHDRAWS 360 MILLION GALLONS PER DAY, WHICH IS THE APPROXIMATE WATER VOLUME OF THE ENTIRE APALACHICOLA BAY IN FLORIDA

“THIS LAWSUIT WILL BE TARGETED TOWARD ONE THING – FIGHTING FOR THE FUTuRE OF APALACHICOLA. THIS IS A BOLD HISTORIC LEGAL ACTION FOR OUR STATE. BUT THIS IS THE ONLY WAY FORWARD AFTER 20 YEARS OF FAILED NEGOTIATIONS WITH GEORGIA.”– GOV. RICK SCOTT Source: FLGov.com

Remember a few years back when all the truck-nutz-danglers were kicking up dust in the name of secession (or racism, or whatever)? Well, last week a new kind of civil war bubbled over in Dixie – one that’s been slightly opaque and uninteresting for years, mostly because it’s about water – when, following a federal disaster designation on Aug. 12 for the fading oystermen of Apalachicola, who have seen their bay dry up, Gov. Rick Scott threw down the gauntlet with grand ol’ Georgia the very next day. What? We’re taking Georgia to the U.S. Supreme Court over oysters? Oh, shit, y’all! Grab your pearls!

Critics (especially those in Georgia) were quick to pounce on Scott for playing this seafood stink out as a political game, pointing to the fact that there have been poker-faced negotiations between the Sunshine State and Georgia (and Alabama) over this sweet trickle-down of potable water from Tennessee for a while now, and we were nigh-on near to an agreement. The Atlanta Journal-Constitution reported that Georgia Gov. Nathan Deal was downright “blindsided” by the development. Deal spat out some chaw and counted three.

“We’re talking about water that falls on Georgia’s soil and flows through the state of Georgia,” Deal told the paper. “There’s a reason for us to be protective. We will not roll over. If Florida wants to fight, we’ll fight. We think we have plenty of ammunition and that we have shown good faith on our side.”

Not to be outdone, Scott’s backers – specifically House Speaker Will Weatherford, R-Wesley Chapel, and Senate President Don Gaetz, R-Niceville – jumped into formation with statements applauding their fearless leader. “We don’t like to sue our neighbors, but their intransigence has left us no other course,” Gaetz said like an old man with a hand in his coat. Absent a Civil War thesaurus or a gray hair, Weatherford meekly chimed in that “This issue is not only about preserving one of Florida’s great ecosystems – it’s also about saving an important part of our economy.” Aw, bless.

To show just how important the shucking economy was to absolutely everyone, U.S. Sens. Marco Rubio and Bill Nelson jumped into the oyster stew, holding a bipartisan hearing on the matter Aug. 13 in Apalachicola, where oystermen provided testimony for all to hear about the evils of Georgia – specifically, Atlanta – and its unregulated, poorly planned growth from atop a dense rock. In a show of solidarity, Rubio and Scott even got their hands dirty with some of the oystermen in a photo-op, conveniently forgetting to invite Nelson along for the ride. This isn’t political!

In fact, some in Georgia speculate that this is at least partially playing into Scott’s master plan of luring all economic development away from other states and into the cheap-labor, no-tax hellfire of Florida.

“They might as well be open about it: They’re trying to slow the Georgia economic juggernaut,” a Georgia Republican operative told the Journal-Constitution. “Their agenda is more about winning the economic development war than trying to get more water for oysters.” Even Scott has pointed out that the oyster crisis isn’t all Georgia’s fault, the paper says; some of it is Florida’s own misuse of the Apalachicola Bay, and some of it is just natural. You know, like climate change.