Florida Bar sets its sights on 1-800-Ask-Gary, 411-Pain and other lawyer-referral services 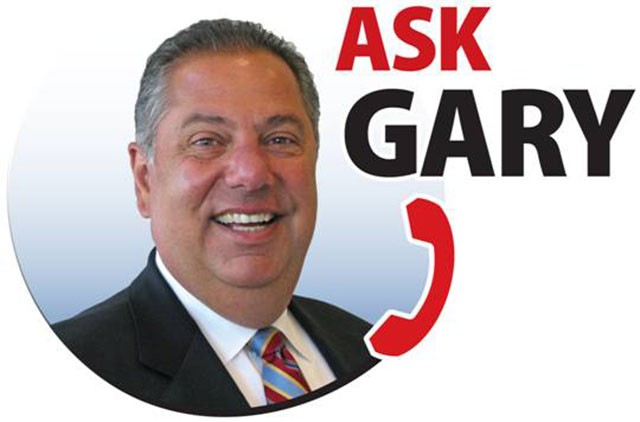 If the Florida Bar gets its way, Gary Kompothecras, the Florida chiropractor who owns 1-800-Ask-Gary and Physicians Group, a chain of medical clinics that treats accident victims, may soon be stomping around his 30,000-square-foot Siesta Key mansion in the kind of rage people in his tax bracket can muster only when someone gets between them and their money. The Bar is considering a series of amendments that may crush some of the scores of third-party lawyer referral services operating in the state – there were 71 as of 2011 – including Ask Gary and 1-800-411-PAIN, two of the largest.

Ostensibly, these services are designed to help people find an attorney, and many do just that. But some, including Ask Gary, also refer prospective clients to medical clinics, creating a one-stop-shop arrangement that makes the Bar nervous. Over the years, there have been numerous allegations of illegal fee-sharing agreements, in which the referral services and their partners collude to drive up medical costs, in effect benefiting the lawyer more than the client.

The Bar already has rules in place that prevent this sort of collusion. “There are more broad-based prohibitions that should take care of this,” says Florida State University law professor Rob E. Atkinson Jr., a scholar on legal professionalism. But these charges, sometimes leveled by personal-injury attorneys who see Ask Gary reaping the lion’s share of the market, have been especially difficult to prove. Witnesses have been reticent to come forward, both in lawsuits and before a special committee the Bar convened in 2011.

In fact, getting anyone to speak on the record about Kompothecras, Ask Gary, Physicians Group or the attorneys who subscribe to Ask Gary’s referral service proved exceedingly difficult.

Kompothecras would likely argue that no one is talking because there isn’t anything to talk about. But the Bar isn’t convinced.

Proposed amendments to the Florida Bar’s rules of professional conduct would ban attorneys from accepting referrals from a service if the client is also referred to another entity. Attorneys will also be “prohibited from referring clients to another person, entity, association, organization or service that the lawyer knows or reasonably should know is owned by the lawyer-referral service or a beneficial owner of the lawyer-referral service.” So if you’re hurt in an automobile accident and call Ask Gary or 411-PAIN, the service will only be able to refer you to an attorney or a medical service provider, but not to both.

That doesn’t sound like much, but this change has the potential to cost these services millions every year because double-dipping — sending callers to attorneys who pay to subscribe to the lawyer-referral service and to clinics it owns — will no longer be permitted, at least in Florida. (Kompothecras also operates in Minnesota and Kentucky; 411-PAIN operates nationwide.)

This isn’t the first time Kompothecras has faced the white-hot flame of opposition, nor is it the only front on which his empire is being assaulted. Last July, State Farm filed a lawsuit against Kompothecras, alleging that he operates a “massive fraud scheme” through Ask Gary and Physicians Group. The insurance giant also claims Kompothecras illegally shares fees and engages in quid-pro-quo arrangements with attorneys, and deceptively implies through advertisements that Ask Gary and Physicians Group are separate entities.

Asked for comment about the proposed amendments, Gregory A. Zitani, who represents Kompothecras, responded via email:

“There will be a public comment period and then the proposed rules will have to be approved by the Supreme Court. We are confident that the final product of this process will be a Constitutional set of revised rules.”

Zitani also calls State Farm’s lawsuit “frivolous and malicious,” and accused State Farm of suing because it owes Physicians Group $9 million in unpaid medical claims. Many people who call Ask Gary are not referred to Physicians Group, he continues, and “all attorneys who are part of the Ask Gary network are not advised or required to refer any of their clients to the Physicians Group or any specific medical providers.”

The Bar requires Ask Gary and other referral services to report the names of all attorneys who subscribe to them on a quarterly basis. In the most recent report, submitted Dec. 30, only one Orlando-area law firm, the Pineyro Law Firm, is listed as a subscriber. As of press time the firm had not responded to requests for comment. (Merely subscribing to Ask Gary or any other referral service, of course, does not mean or imply that a firm or an attorney is violating Bar rules.)

The Florida Bar board of governors was supposed to vote on the amendments in December. That vote was delayed because the Bar’s professional ethics committee decided to review and possibly redraft the amendments. The committee is scheduled to meet again on Thursday, Jan. 30. If the committee approves the proposed amendments that day, the board could review and approve the rules the following day.