Diving into the wreck 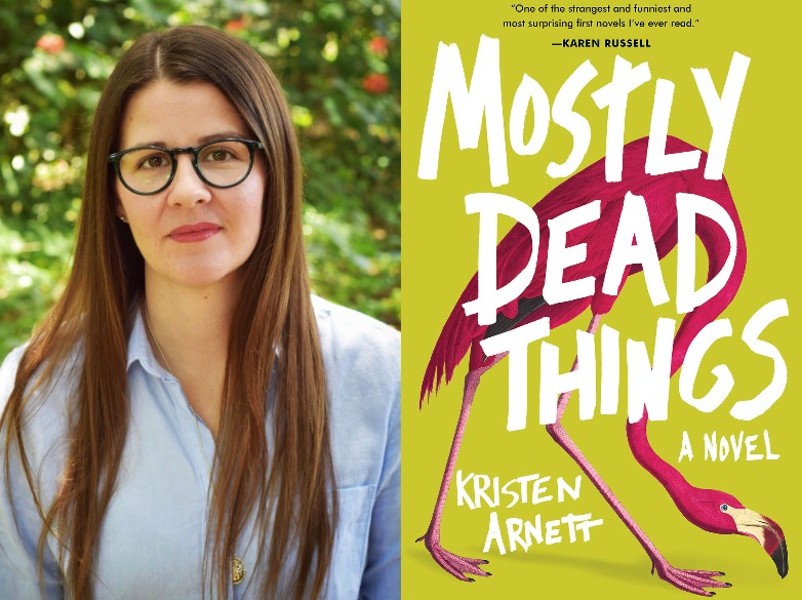 T Kira Madden grew up in Boca Raton in the '90s, and her memoir, Long Live the Tribe of Fatherless Girls (Bloomsbury), expresses those two very specific contexts with granular precision. The muggy fever of South Florida, lousy with cockroaches, hurricane-ridden, but liberating in its saturated heat. The difficulty of finding a way to be, a who to be, in that end-of-the-century era of glitter body spray, fake boobs and pierced tongues, a culture that voyeuristically obsessed over Britney Spears, JonBenet Ramsay and chatroom murders.

For a biracial girl in an unstable family, the sense that all identity is mutable was both blessing and curse. Her father paid for Madden to attend private school and participate in equestrian competitions, so no one needed to know there was no food in her mother's house. Both her parents nurtured massive substance abuse habits, and Madden would find strangers in the living room, adults passed out or still awake and using, on her way to school. When she was flat-chested, horse-obsessed and acne-splattered, her classmates called her "Queera"; tongue-pierced, Wonderbra'd and binge-drinking, she becomes "Kinky Chinky."

Despite the title, Madden's memoir is not about growing up fatherless – her father is a colossal, if intermittent, presence in her life. It was a presence brought into focus by absence and defined by the fact that for years Madden and her mother were the "other family" – her father was married with two other children – and reversals – when her father left his first family and married Madden's mother, he became, paradoxically, less present in her life.

But being a secret is a formative experience. Being a secret leads simultaneously to self-importance (your existence is significant enough to be hidden) and, literally, self-doubt (do I exist? How can I prove it?). Madden's childhood was shaped by stealth and it shows in her vacillations throughout the memoir, in which the events of her life are presented as a fragmented set of essays, crossing and recrossing in time, sometimes repeated but told from different vantage points. In the latter third of the book, conjectures come true and accepted realities melt – her childhood on shifting sands prepared her well.

Madden will read and participate in a Q&A at Writer's Block Bookstore this week with Kristen Arnett, the Orlando author whose dark, frank, funny debut novel, Mostly Dead Things, comes out in June from Tin House Books. While there are similarities – both authors are young queer women, both are Floridians writing about Florida; Madden's memoir and Arnett's novel share a bone-deep native's understanding of the state – the two books are antipodean. They're funhouse mirror images, in which every likeness is actually a distorted opposite.

Jessa-Lyn Morton, the protagonist of Mostly Dead Things, is literally fatherless – near the beginning of the novel, she finds her father dead by suicide in his taxidermy shop. And while Madden's father was physically present but emotionally distant, Jessa's father is gone but still shapes every moment in the lives of those he left behind. Jessa, her father's favorite, has become almost a carbon copy of him, while her brother's life is defined by his emotional abandonment. Their mother's complicated feelings about her husband's death emerge in hilarious and grotesque ways. Arnett describes fixing what's broken and how that requires noticing it broke in the first place with a shockingly lyrical earthiness, gorgeous and gross.

So: a presence that feels like absence, and an absence that functions as an oppressive presence. How do we write about absence – more plainly, how do we make a thing around no-thing? Taxidermy seems like a decent metaphor for that – stretching a skin over an empty framework – but taxidermists actually mount skin over a solid form, as we learn in Mostly Dead Things.

Maybe a body submerged in water, whether the oceans of Madden's beach-dwelling youth or the lakes Jessa-Lyn splashes in, is a better metaphor: the writing can surround, encompass, even submerge the subject being written about, yet cannot enter the void inside the body's boundaries without permission. Both Fatherless Girls and Mostly Dead Things delve delicately and with determination into the hollow men that founded their childhood kingdoms.