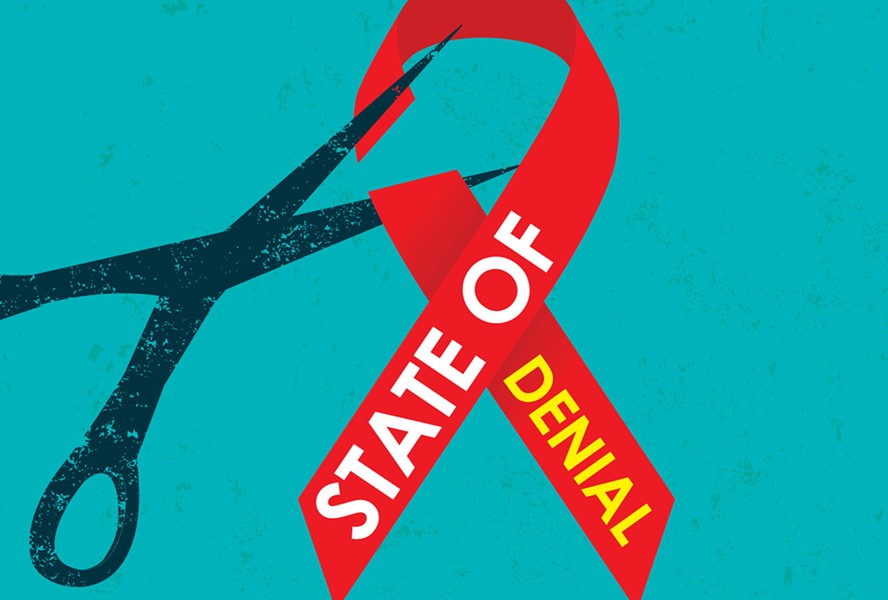 Editor’s note: This story has been updated with comments from Gov. Rick Scott’s office and the Florida Department of Health.

When Charlotte Davis was 16 years old, she could easily carry her mother's frail body in her arms.

During the late '80s in Miami, Davis became the primary caretaker for her mother, Primrose Rolle, who had been diagnosed with HIV. As the virus progressed into AIDS over the next two years, the beautiful, vibrant woman deteriorated before her daughter's eyes. Toward the end of her life, Rolle's face was sunken in, her head was covered in wispy, soft baby hairs, and she was so thin that Davis could pick her up out of the tub after bathing her.

One afternoon after school, Davis found her mom lying in the car, too weak to drive to the pharmacy to get medicine. Davis held onto the wheel and, step by step, with her mother's head in her lap, her mom taught her how to drive.

"I can remember family members turning their backs on us," Davis says. "I can remember an aunt spraying her couch down with bleach and spanking her child for drinking out of the cup that my mom had. I can remember when she passed away in 1990, nobody really wanted to admit what she died with – everybody was saying it was cancer. So I definitely understand how it feels to still feel alone when you're diagnosed. There's not a lot of people who are willing to stand in the gaps with you for this disease."

A year after her mother's death, when Magic Johnson announced he was HIV-positive, Davis remembers watching it on TV and crying, wondering if the same medicines could have saved her mother. The experience pushed Davis, who now lives in Orlando, to help others diagnosed with HIV in African-American communities. Sometimes, that means taking people to get tested, even traveling to clinics as far as Miami and Tampa to keep their diagnoses confidential. Other times, it means picking up medications or driving people to doctor's appointments.

She's also recommended some people leave Florida for Atlanta and New York City, where there are better services and state officials have committed to ending HIV transmissions through injection drug use by 2020. Last month, New York Gov. Andrew Cuomo announced the expansion of a state program to help almost 7,000 asymptomatic HIV-positive residents get public assistance for food, housing and transportation. The city and state have committed more than $83 million for the first-year expansion of the program, which already serves 32,000 low-income residents with symptoms.

Although HIV rates have plummeted nationwide, in Florida the virus continues to ravage communities, with no significant decreases in new HIV infections since 2010 and more than 1,916 deaths in 2014. Among states, Florida had the second-highest rate of HIV diagnoses among adults and adolescents in 2015, with 27.9 new cases per 100,000 people, almost double the national rate, according to the Centers for Disease Control and Prevention. The Orlando metro area ranks sixth among U.S. cities for the highest rate of new HIV diagnoses, behind Miami; Jackson, Mississippi; New Orleans; Baton Rouge, Louisiana; and Atlanta, according to 2015 federal data presented by AIDSVu, an interactive project developed at Emory University. In Central Florida, the rate of new diagnoses peaked at 25.7 cases per 100,000 people in 2015, adding 614 new diagnoses to the state total of 4,849 cases for that year. In February 2016, CDC researchers predicted that if current HIV diagnosis rates persist, about one in two black men who have sex with men and one in four Latino men who have sex with men in the U.S. will be infected with the virus.