Out of the haze 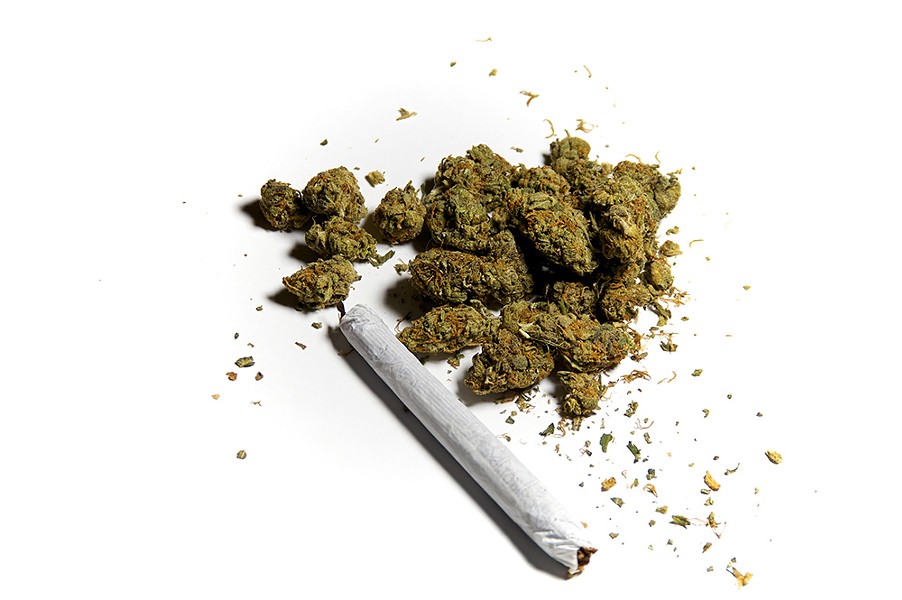 Is recreational marijuana legal in Orlando? If I have Alzheimer's disease, can I apply for medical cannabis? And when can I start growing weed in my backyard?

No. Maybe. And definitely not right now.

With the passage of Amendment 2 last year, Florida's already complex marijuana laws are currently in flux as lawmakers try to figure out new rules for growing, cultivating and medicating with the plant. Some municipalities have also passed their own ordinances regarding recreational marijuana that may have confused some people on what's legal in the Sunshine State. Here are answers to some of the more frequently asked questions we get and a simple breakdown of what's going on so far:

Q: What was the purpose of Amendment 2?

A: The purpose was to expand the number of patients who could access marijuana. In 2014, Florida legislators passed a measure to offer a non-euphoric strain of medical cannabis low in tetrahydrocannabinol (THC), the chemical that gets you high, but rich in cannabidiol, which has been found to help with seizures. The measure, called the "Charlotte's Web" bill, was mostly aimed at helping patients with epilepsy and similar, specific conditions. In 2016, lawmakers expanded the program to allow terminally ill patients to access full-strength medical marijuana, regardless of THC levels. After years of legal wrangling between the Florida Legislature, the state Department of Health and prospective growers, we finally started growing and dispensing marijuana in 2016. During November's election, Florida's medical marijuana constitutional amendment passed by a landslide with 71 percent of voters in favor. Amendment 2 makes full-strength marijuana legal and broadens the definition of "debilitating medical condition" to include cancer, epilepsy, glaucoma, HIV, AIDS, Crohn's disease, PTSD, Parkinson's disease, ALS, multiple sclerosis, or a "debilitating medical condition ... for which a physician believes that the medical use of marijuana would likely outweigh the potential health risks for a patient." That last part of the Amendment is currently being hotly debated by Florida health officials and advocates. The state Department of Health has proposed allowing the Florida Board of Medicine to decide what conditions could qualify a patient for medical cannabis. Advocates argue individual doctors can decide if marijuana will help their patient or not.

Q: That's a lot of mumbo-jumbo. I just want to know one thing. Who qualifies?

A: Patients who have cancer, epilepsy, glaucoma, HIV, AIDS, Crohn's disease, PTSD, Parkinson's disease, ALS, multiple sclerosis, or the ambiguous aforementioned "debilitating medical condition." (For the foreseeable future, expect a lot of regulatory pushback and not many recommendations from physicians unless your condition is one named in the amendment.)

Q: What does Amendment 2 not do?

A: Amendment 2 does not change Florida's recreational drug possession laws. You can still be arrested for driving under the influence of marijuana or smoking cannabis in public. The law also does not affect federal law, which completely prohibits marijuana possession and distribution. While President Donald Trump has expressed that he's in favor of medical marijuana, the same can't be said for his appointed Attorney General Jeff Sessions. After he was sworn in, the former Alabama senator created a crime reduction task force to review the federal Department of Justice's existing policies, including how it enforces marijuana laws. That could hint at a future crackdown on recreational marijuana, though it's still unclear how, if at all, Sessions' policies could affect medicinal marijuana.

Q: So can I buy a gram off the street and smoke that to medicate?

A: No. Florida's supply of medical marijuana for patients is grown, cultivated and produced by seven nurseries across the state that have partnered with companies to do the processing, sales and marketing. Nurseries are opening dispensaries where they can sell their products, which usually include some form of oil or tinctures, or delivering the medicine to homes. Patients cannot grow their own medical marijuana, regardless of condition. Smoking cannabis, medicinal or not, is still illegal.

Q: Wait! I heard recreational marijuana was legal in Orlando. Is that true?

A: No. The city of Orlando decriminalized small amounts of marijuana by allowing police officers to give out citations instead of making arrests. If you're caught with 20 grams of cannabis or less or with marijuana paraphernalia, an officer can choose to give you a citation with a $100 fine if you're a first-time offender, or a $200 fine for a second offense. Repeat offenders can get a fine of up to $500 and a court appearance. Offenders can also waive their fine by going to a diversion program that requires substance-abuse education or community service. Remember, it's up to the officer's discretion whether to give you a citation, or arrest you if they suspect you're involved in a more serious crime. Marijuana possession is still a misdemeanor under Florida law.

Q: So when can I buy medical marijuana?

A: Technically, right now. Amendment 2 gives Florida health officials and legislators six months to establish new rules for the medical marijuana system, and nine months to start giving patients their identification cards. But as they craft those rules, the state Health Department says doctors can decide if they want to recommend marijuana to patients with medical conditions listed in the constitutional amendment after treating them for 90 days. However, some, like Jeff Scott, general counsel for the Florida Medical Association, have urged doctors to be careful in legally shaky territory.

Q: OK, I've got all my paperwork in order. Where can I buy medical cannabis in Orlando?

A: Right now, the only physical dispensary where you would be able to walk in and purchase medicine is Knox Medical, at 1901 N. Orange Ave., next to White Wolf Cafe in Ivanhoe Village. Knox Medical, a company based out of Knox Nursery in Winter Garden, hasn't opened yet, but when it does open in the coming weeks, it will only be able to sell cannabis of the low-THC variety. No other dispensary can open in Orlando or Orange County because of a moratorium by those local governments on dispensaries. Orlando's moratorium ends in July, while Orange County's moratorium ends next month. If you can't wait for the medicine, Knox Medical also does home deliveries, as do several other dispensaries across the state. Adam Sharon, a spokesperson for Knox, says there's no set date for when Orlando's first dispensary will open. When we find out, we'll let you know.