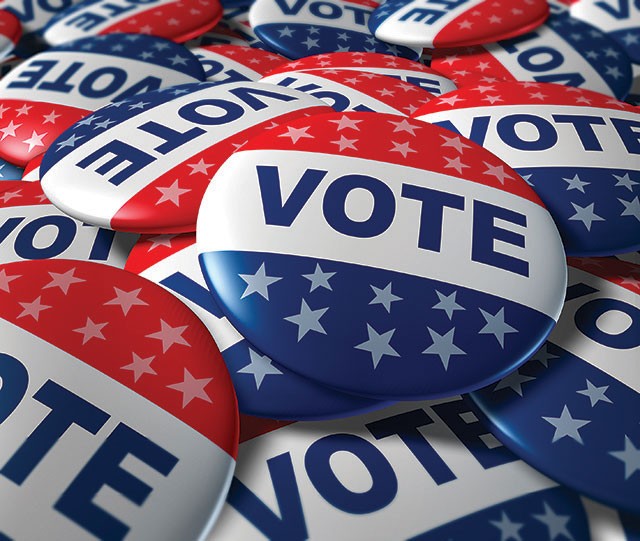 NUMBER OF FLORIDA VOTERS WHO UTILIZED ABSENTEE BALLOTS IN THE 2012 NOVEMBER ELECTION, OR 28 PERCENT OF THE TOTAL 8.6 MILLION VOTES LOGGED IN THE STATE

NUMBER OF PINELLAS COUNTY VOTERS – WHERE NEXT YEAR’S DISTRICT 13 CONGRESSIONAL SPECIAL ELECTION WILL TAKE PLACE IN MARCH, AT LEAST IN PART – WHO RETURNED ABSENTEE BALLOTS TO CONVENIENT DROP-OFF LOCATIONS, OR 42 PERCENT OF ALL VOTES IN THAT COUNTY

NUMBER OF ABSENTEE BALLOTS PINELLAS COUNTY SUPERVISOR OF ELECTIONS DEBORAH CLARK IS MAILING OUT TO RESIDENTS ON DEC. 10 FOR THE JANUARY CONGRESSIONAL PRIMARY

“IT IS MY DUTY AND RESPONSIBILITY TO PROVIDE UNIFORMITY FOR THE STATEWIDE IMPLEMENTATION OF ELECTIONS. THE DIRECTIVE ISSUED DOES NOT CHANGE ANYTHING IN THE LAW, BUT IS A CLARIFICATION OF EXISTING LAW THAT WAS INITIATED BY QUESTIONS FROM SUPERVISORS OF ELECTIONS THAT PROMPTED US TO ADDRESS THIS ON A STATEWIDE LEVEL.”

– FLORIDA SECRETARY OF STATE KEN DETZNER IN A NOV. 26 STATEMENT

Because there hasn’t been enough malfeasance from Gov. Rick Scott’s administration when it comes to voting rights – seriously, between voter identification rules, diminished early voting hours and a twice-baked attempt at purging the voter rolls of nasty immigrants, you would think that voting was a soap opera designed specifically for rich white Republicans in Florida – last week, just in time for a giant turkey to fall on his head, Secretary of State Ken Detzner fired up his mouth-fryer for another go at public relations failure and disenfranchisement.

This time Detzner was hot and bothered about the willy-nilly tossing around of absentee ballots, presumably by get-out-the-vote operations on the Democratic side, because screw them. Detzner wants to make sure that absentee ballots are only accepted by mail or at Supervisor of Elections sites, thereby curtailing the process of having them deliverable to early voting sites or other drop-off points.

The whole kerfuffle has been sourced back to a request for clarification of Detzner’s voter registration guidelines, which now apparently include a clause regarding the regulation of absentee ballots. Curiously, the two supervisors to whom Detzner credits the clarification (that has somehow now translated into a meaningless directive) are both Republicans and are bowing up against the oft-maligned secretary of state for this suffrage hot potato.

“I was merely trying to bring to their attention an error in their [voter registration] guide,” Pasco County Supervisor of Elections Brian Corley told the Tampa Tribune. “Somehow that got twisted into me asking for an opinion.”

But, at least to Democrats and most of the state’s election supervisors, the problem is deeper than the semantics Detzner is trying to invoke here. For one, there’s a high-profile special election coming up for Congressional District 13 in March (the seat vacated by the deceased Rep. C.W. Bill Young), and that won’t wait for the legislature to hash this matter out in the 2014 legislative session. District 13 also happens to be the district with the highest number of absentee voters – people who might not trust the mail for voting and might also live too far away from a supervisor’s office to hand deliver their ballot appropriately.

The move only exacerbates an already tense relationship between the 67 independently elected supervisors of elections and Gov. Scott’s cabinet, specifically Detzner. Party affiliations be damned, most have piled on to call this latest limitation every name from “pathetic” to “anti-voter.” You’ll recall that the drop-off method was effectively born of necessity when the lines started getting too long at polling places in Florida, and we all know that is the reason we have a commie president. And while not all counties utilize the drop-off sites for absentee ballots, if you live in Orange County, yours does.

“Orange County did allow voters to drop off absentee ballots at the nine early voting sites outside of this office. We did not track the number of ballots dropped off at each site. Are the early voting sites an extension of the Supervisor of Elections main office? We set them up and staff them,” Orange County Supervisor of Elections Bill Cowles says in an email. “I believe this is a disservice to our voters. How will an Apopka voter feel if on the last day of Early Voting (Sunday before the Election) they try to drop off a ballot at the Apopka Early Voting site only to be told they will either have to mail it (hope that it gets here by 7 PM Tuesday night) or drive it all the way down to Kaley Street in downtown Orlando? We have a system for bringing these ballots in each night from the early voting sites to be processed.”

“Thank goodness there is the 2014 legislative session before the next statewide elections,” he adds. “Hopefully, we can have this cleared up by them. This is not an issue for our spring Municipal Elections since the main office (our only office) is the early voting site for all municipalities having an election.”

The Tampa Bay Times provided what may be the most hysterical context for Detzner’s latest fumble. They suggested over the weekend that it’s the secretary who ought to be tendering his resignation at present, and not beleaguered cocaine Rep. Trey Radel. Boom!