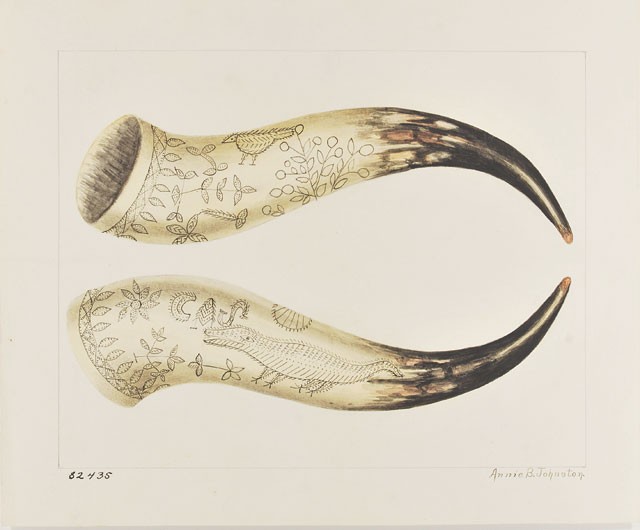 Stunningly meticulous watercolors of Florida artifacts will dazzle viewers at the Cornell Fine Arts Museum on the Rollins College campus, and even better, admission to the Cornell is free for 2013 as part of the museum's 35th anniversary. Pieces borrowed from the National Gallery's Index of American Design lend gravitas to the multiple shows at the art museum, and are part of Rollins' celebration of the 500th anniversary of the discovery of Florida by Juan Ponce de Leon in 1513.

As one component of the 1930s Federal Art Project, President Franklin Roosevelt commissioned artists to document American folklore. Florida's contribution included folk art and utilitarian objects from John Ringling's collection, as well as pieces from other private collectors and museums. These were rigorously documented by artists such as Magnus Fossum, whose painting of a beautiful navy-blue quilt from the 1820s captures its wrinkles, fades and folds in startling detail. Even more amazing is Annie B. Johnston's watercolor of a bread pan carved out of a single huge tree trunk, so finely detailed that the scratch marks from much kneading are visible; the actual bread pan is on display so you can compare. The sensation of viewing the representation next to the reality – is that a real silk purse? No; damn, it's a painting! – induces a freaky mind game.

The Index of American Design, more than any other program, helped establish America's cultural identity in a deeply meaningful way. (Today it would be derided as just another government handout to slacker artists.) The Federal Art Program was a way to employ the nation's talent; some of the best artists of the day participated – Mark Rothko, Louise Nevelson, Jackson Pollock and many others. Artists were used instead of photographers because in the 1930s, color photography was limited and not capable of recording the level of archival detail they wished to capture. A lot of the work was photographed as well, but the intent was to document, the same way Audubon did birds and Carl Linnaeus did botanical samples – hence the hyperreal, almost hallucinatory clarity of the images.

For us to have Florida's share of the Index here on display, for free, is just too good an opportunity to pass up if you care about the weird and sometimes twisted history of our state, and would like to see it represented in art.

Florida's Useable Past: The Sunshine State and the Index of American Design