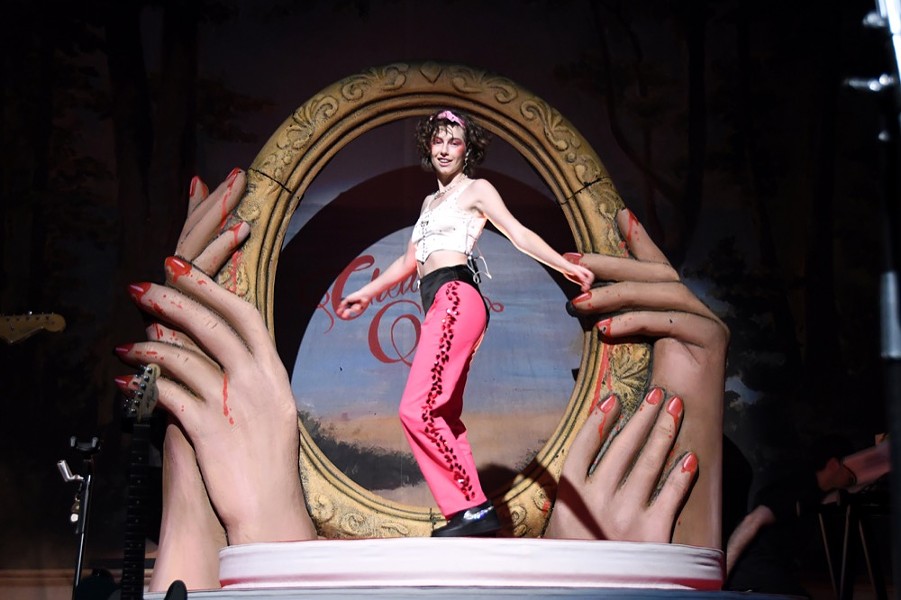 This week, two Orlando debuts: one a pop music game-changer and the other a Jersey rock juggernaut.

King Princess, the persona of 20-year-old Brooklyn-born artist Mikaela Strauss, is racking up cred and clout at a dizzying clip. The singer, songwriter and multi-instrumentalist is emerging as an iconoclastic queer hero with eyes set on prime-time breakthrough. It's a bold shot, but here's the thing: She's got the goods. Since she'll be the musical guest on this weekend's episode of SNL, everyone is about to glimpse the King Princess phenomenon. But Orlando just got a full dose of it, and look out, world.

Arriving on the heat of her just-dropped debut album (Cheap Queen) on Mark Ronson's Zelig Records, King Princess made a resounding Orlando debut that showed what kind of statement she's capable of. From her presence onstage to her reception on the floor, this is an artist who is beginning to surge with an auspicious mix of brio and inevitability.

Live, she came with a full band in which she doesn't simply wield her big personality but also the piano and guitar. With modern cadences and soulful contemporary hues, King Princess' open and forward pop music hits all the marks to make millennial playlists the world over.

Even more current than her sound is her perspective. From name on down to lyrics and presentation, King Princess is a bold blitz of queer pride and artful gender obfuscation, which makes her songs hit with more bite, currency and stance. Beyond just something to sing, she's got something to say. And it's all channeled into a vividly individual voice.

King Princess is not another prefab pop facade. If her trajectory holds, she could be a new force of liberation. She's got the prime pop chops, but she's using it to deliver a viewpoint from the edge, like Peaches retooled for a mainstream takeover. Yes, potentially that deadly. She's now, she's ready and she's poised to tear down some tired old walls. Bring on the reign.

Going in, I still wasn't quite sure if Titus Andronicus were one of the most flexible punk bands going right now or a rock band that just uses punk as a springboard. It doesn't matter either way, because that lack of blind niche devotion has freed them to be an evergreen act. Now, after seeing them live for the first time finally, it's clear: They are foremost a rock & roll band. Everything else is just gravy.

What is undeniably punk about the Jersey group is that, despite how many different strands of rock they take on, they rip it all with full-throttle abandon. Moreover, punk has kept them concise and direct. Even when indulging in considerable reaches of conceptual ambition, their music seldom suffered from drag.

One clear sign that Titus Andronicus are no ordinary punk band is that their performance here began more like a Lucero show with bandleader Patrick Stickles bleeding solo with rugged heart. From there on, though, it was full, glorious steam ahead in a charging set of nonstop rumble and roar. Even with their tight onslaught, they manage to pack the full wingspan of their proud heritage. Equally suited for the pub or the arena, it's classic Jersey rock grandeur at total, exuberant velocity.

If Titus Andronicus are models of stylistic variety, then tourmates Partner are an all-out rock rainbow. In the span of just an opening set, the Canadian band swung far and wide on the spectrum in a dizzying romp that touched on chunky 1990s indie rock, heavy rock, classic rock & roll, blues rock, stadium rock, punk rock and ended in a salute to their own native rock gods with a cover of Rush's "Limelight" (aka Canadian AF).

When it comes to rock music, few acts are as devoted and encompassing as Partner. Add in their lyrical humor and you've got a band that handles practically all of rock's colors with love and levity.