"My fans are getting younger and it gives me life" 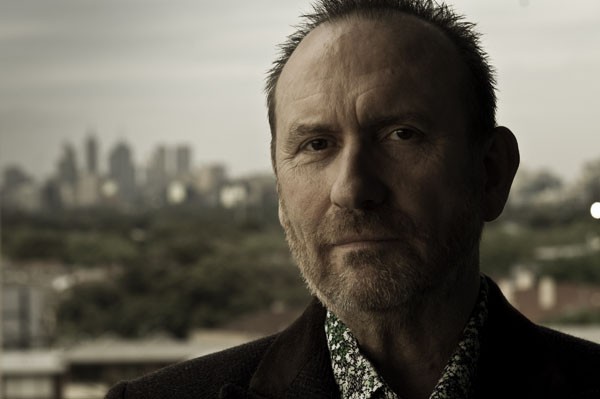 One-hit wonders often look back on their curtailed success with bitterness, anger or downright disregard. Tabloids are littered with stories of these artists' downfall, from Uncle Kracker to "I Wish I Had a Girl" singer Henry Lee Summer. Mark Wahlberg, nominated for a best picture Oscar this year for producing The Fighter, was still referred to as "Marky Mark" on the Kodak Theater's stage during the Academy Awards telecast, a nod to his 20-year-old hit song "Good Vibrations."

But unlike these artists, Colin Hay, former frontman of one-album wonder Men at Work, looks to his past with acceptance and respect, regarding his time as head of the Australian group in the early-'80s as a piece of his musical career that should not be forgotten, but embraced.

"Everyone has to work that kind of stuff out for themselves if they've had something that's been really, really successful," Hay says. "You're gonna end up feeling like you're competing with yourself. But I just decided, I suppose, to embrace it, because it's part of who I am."

Hay's choice to celebrate the international success that Men at Work met with their debut album, Business as Usual, allowed him to continue his career after his star had faded. Unable to ignore the short-lived group's hits - "Down Under," "Overkill," "Who Can It Be Now?" (*two of which scored them a Grammy in 1983 for best new artist) - 57-year-old Hay cultivated an outlook that he's maintained throughout his 11-album solo career that lets him take the past and store it away neatly, where it can silently aid the present without intruding on the future.

"The things that have stayed with me since [Men at Work] are the songs. The songs are the things that people wanna hear," Hay says. "Those are the important things, and they hold up pretty well. Those songs are also part of the present, as opposed to necessarily being part of the past. In all reality, I still do have some kind of competitiveness with the past - with myself - but I feel like it's a reasonably healthy thing."

Hay's ability to dodge contempt proved essential in his evolution as a folk singer-songwriter. When he moved to New York City in 1986 to record his debut solo album, Looking For Jack, Hay felt slightly underappreciated and chose to drop Columbia Records for a deal with MCA. The choice, something he thought wise at the time, proved otherwise.

"In retrospect, it was a really stupid move on my part," he says. "I was offered a deal with MCA by a guy named Al Taylor. He pretended that he really cared about what happened with me. Sometimes you buy into that."

Despite Hay's misjudgment, his optimistic view of the present allowed him to regard this mistake as a steppingstone in his career.

"I was supposed to make two albums for MCA and I just made one that didn't work, so they dropped me. I was quite happy that they dropped me because you don't really wanna be where you're not wanted," Hay says. "I thought [Taylor] was a particular kind of person and he turned out to be completely different. But that happens all the time. It's water under the bridge."

Without any means of distribution, Hay still moved forward, refusing to stop making records. He created his own label, Lazy Eye Records, which allowed him to produce and own his music. In 2003, he took his unique ownership formula even further by incorporating outside record labels as third parties.

"I license the product and the albums - in other words, I still own them - but I license them to Compass [Records] and they manufacture and put the albums out through different  distribution labels," Hay says. "It's like a partnership. They're a real label and have an infrastructure that I don't."

The nature of this partnership, a result of Hay's perseverance, is much like that of the relationship Hay formed with Scrubs star Zach Braff: When Braff convinced the show's producer, Bill Lawrence, to use Hay's songs in a 2002 episode, a younger generation was introduced to Hay's music. In 2004, Hay's mournful track, "I Just Don't Think I'll Ever Get Over You," was featured on the Grammy award-winning soundtrack to Garden State, which Braff wrote, directed and starred in. The sudden attention attracted both new and old fans.

"The fans seem to be getting younger which is very exciting for me. Not that I have anything against older people, but they tend not to go out anymore. And they tend to remember me from when they were young. And that's kind of where they want me to stay, but it doesn't really serve me well," Hay says. "I'm interested in what I'm doing today so it's good for me that a younger generation has picked up on what I'm doing. It gives you more life. It gives you more purpose and excitement about what you're doing today."

While his solo albums haven't exactly topped the charts, Hay's loyalty to his optimistic philosophy keeps him churning out new material.

"We tend to look backward or look forward, and never really look at the present moment to find some kind of meaning," Hay says.

"We can get really caught up in the past, making judgments of ourselves - things we've done or things we didn't do, things we  want to do."

Correction, March 28, 2011: The original version suggested that "Overkill" was among the songs that merited Men At Work the Best New Artist Grammy. The song was released in 1983 but was part of the group's second album, Cargo.