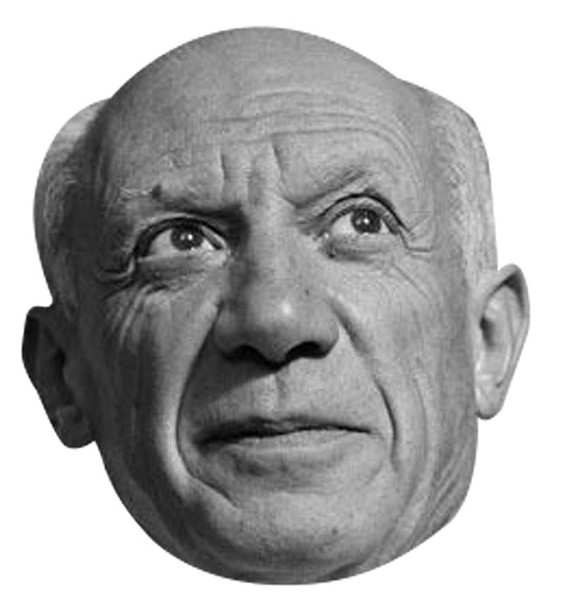 ARIES (March 21-April 19) Big opportunities are coming up for you. Even if you cash in on them, though, they aren't likely to make an immediate practical impact. They are subtle and deep, these prospects. They have the potential of catalyzing monumental shifts in your long-term unfolding, but will take a while to transform your day-to-day rhythm. So what are these openings? Here are my guesses: 1) You could root out a bad seed that got embedded in your subconscious before you knew any better. 2) You could reinterpret the meaning of certain turning points in your past, thereby revising the flow of your life story. 3) You could forgive yourself for an old sin you thought you'd never let go of. 4) You could receive a friendly shock that will diminish some sadness you've carried for a long time.

TAURUS (April 20-May 20) This would be a good time to get introspective and meditative about your urge to merge … to think objectively about the way you approach togetherness … to be honest with yourself about what strengths and weaknesses you bring to the art of collaboration. The most important question you can ask yourself during this inventory is this: "How do I personally contribute, either knowingly or unconsciously, to the problems I experience in relationships?" Here's another query you might consider: "How hard am I willing to work to create the kinds of intimacy and alliances I say I want?"

GEMINI (May 21-June 20) "Dear Rob: I seem to be marooned in an interesting limbo. The sights and sounds are not exactly pretty, but they keep me perversely entertained. I'm sampling tastes that are more sour than sweet, thinking that sooner or later the sweetness will start to prevail – but it never does. Sometimes I feel like I'm in a trance, unable to do what's best for me. Can you offer any help? Like maybe give me a password that would break me out of the trance? –Meandering Gemini." Dear Meandering: This is one of those rare times when you have cosmic permission to favor what's calming and reassuring rather than what's amusing and stimulating. Your password is sanctuary.

CANCER (June 21-July 22) On Sept. 22, the San Francisco Giants played a baseball game against the San Diego Padres. In the fourth inning, Giants' third baseman Pablo Sandoval sprinted to the edge of the field, then hurled himself over a railing and into the crowd in order to snag a foul pop-up. The fact that he landed upside down but perfectly unhurt wasn't the most impressive aspect of his feat. Nor was his improbable ability to wield such precise concentration while invoking so much raw force. Even more amazing was the pink bubble that Sandoval blew with his chewing gum nanoseconds before he dived. It was a supremely playful and successful Zen moment. That's the spirit I hope you will bring to your efforts in the coming days.

LEO (July 23-Aug. 22) Your unconscious mind will be more accessible than usual in the coming weeks. It will reveal its agendas more clearly and play more of an active role in your life. Is that a good thing or a bad thing? It will depend on how open-minded you are toward the surprises your secret self will reveal. If you try to ignore or repress its eruptions, they'll probably wreak chaos. If, on the other hand, you treat this other part of you as an unpredictable but generous ally, you may be able to work out a collaboration that serves you both.

VIRGO (Aug. 23-Sept. 22) Urbandictionary.com defines "Skymall solution" as "an absurdly single-purposed tool or solution that solves a problem you don't actually have." The term is derived from the famous Skymall catalog, which sells unusual specialty products. According to my analysis of the current astrological omens, you should be wary of any attraction you might have to Skymall solutions. Do you really need a King Tut tissue box cover or an ice cube tray that makes ice in the shape of dachshunds or a stencil set for putting messages on your bundt cake? I doubt it. Nor do you need their metaphorical equivalents.

LIBRA (Sept. 23-Oct. 22) Right before I woke up this morning, I had a dream that one of my teeth fell out. As I lay there groggily in bed, my mind searched for its meaning. "What does losing a tooth symbolize?" I asked myself. "What is its psychological meaning?" I promised myself that when I got up, I would Google that question. But my rumination was interrupted by a dull ache in the back of my mouth, and it was only then that I remembered: Yesterday, in actual waking life, I had a real tooth yanked out by a real dentist. The moral of the story: Be wary of making up elaborate stories and mythic assumptions about events that have simple, mundane explanations.

SCORPIO (Oct. 23-Nov. 21) This is an excellent time to explore the frontiers of wise foolishness. I'm hoping you will take full advantage of learning opportunities that might require you to shed your excess dignity and acknowledge how much you don't know. Are you brave enough to disavow cynical thoughts and jaded attitudes that muffle your lust for life? Are you smart enough to understand how healthy it would be to go out and play like an innocent wild child? Make yourself available for delightful surprises.

SAGITTARIUS (Nov. 22-Dec. 21) Zombies used to be terrifying. But then they became a featured motif in pop culture, often in humorous contexts, and now there's a growing
acceptance and even affection for them. Here's the view of Max Brooks, author of The Zombie Survival Guide: "Eventually rock and roll morphs from Sid Vicious to the Jonas Brothers. Same thing with vampires: We went from Dracula to Twilight to make them peachy and G-rated. I guarantee you someone is working on a way to take the fear out of zombies and market them to children." Your assignment, Sagittarius, is to do to your personal fears what the entertainment industry has done to zombies: Turn them into amusing caricatures that don't trouble you so much. For example, visualize an adversary singing a duet with Justin Bieber.

CAPRICORN (Dec. 22-Jan. 19) "You must learn from the mistakes of others," said humorist Sam Levenson. "You can't possibly live long enough to make them all yourself." That's excellent advice for you right now. In order to glean the teachings you need most, you won't have to bumble through a single wrong turn or bad decision yourself. There will be plenty of blundering role models who will be providing you with the precise inspiration you need. Study them carefully.

AQUARIUS (Jan. 20-Feb. 18) Every November, thousands of writers participate in National Novel Writing Month. They pledge to compose at least 50,000 words of a new novel in that 30-day period. In accordance with the astrological omens, I propose that you commit yourself to a comparable project in your own field. Is there a potential masterpiece on which you could get a substantial amount of work done? Is there a major transformation you've long wanted to undertake but have always had some excuse to avoid? I predict that you will attract unexpected help and luck if you summon the willpower to focus on that task.

PISCES (Feb. 19-March 20) Don't believe the climate is changing? Go ask the birds what they think. Sixty percent of all the feathered species in North America have moved north in the past 46 years. Scientists are pretty sure their migration is a response to the warming trend that's afoot. I like the idea of tuning in to how animals behave in order to get accurate information about the state of the world. Would you consider doing more of that? According to my astrological analysis, the coming months will be a time when you can learn a lot from non-human intelligences.