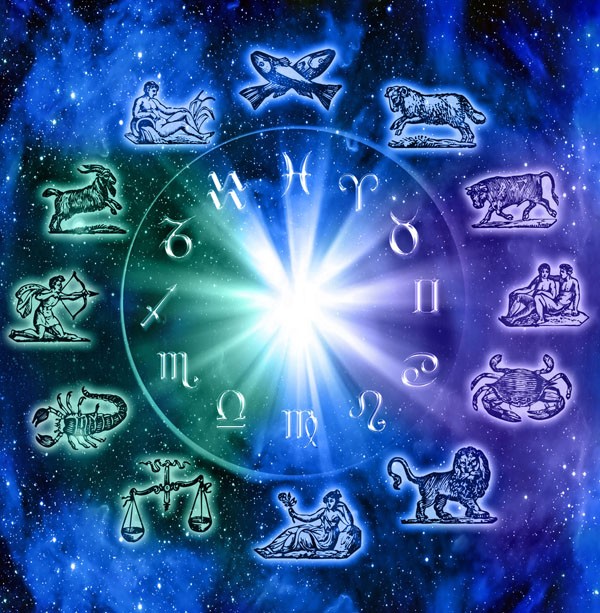 ARIES (March 21-April 19) I love how the poet Rachel Loden describes her impressions of Daniel Borzutzky’s The Book of Interfering Bodies. She says that reading it is like “chancing upon a secret lake full of trembling lilies that projectile vomit both poems and petroleum.” I call this imaginary scene to your attention because I’m wondering if you might encounter a metaphorically similar landscape in the coming week. The astrological omens suggest that you’re attracted to that kind of strange beauty, surreal intensity and tenderness mixed with ferocity.

TAURUS (April 20-May 20) This would be an excellent time to ripen and fine-tune your independence. Would you be willing to try some experiments in self-sufficiency that would inspire you to love yourself better? Is there anything you could do to upgrade your mastery of taking good care of yourself? By working on your relationship with yourself, you will set in motion a magic that will make you even more attractive to others than you already are.

GEMINI (May 21-June 20) Even if you don’t usually consider yourself a matchmaker, you could be a pretty good one in the coming week. That’s because you will have more insight than usual about how to combine things in harmonious and evocative ways. In fact, I suspect you will possess a sixth sense about which fragments might fit together to create synergistic wholes. Take maximum advantage of this knack. Use it to build connections between parts of your psyche and elements of your world that have not been in close enough touch lately.

CANCER (June 21-July 22) You already know what you need to know in order to make the dicey, spicey transition. Even more amazingly, you already have what you need. But for some reason, you don’t trust what you know and don’t believe you have what you need. So you’re still in a fretful mode, hunting far and wide for the magic key that you think still eludes you. I’m here to persuade you to stop gazing longingly into the distance and stop assuming that help is far away. Look underfoot. Check with what’s right in front of you.

LEO (July 23-Aug. 22) During my years as a singer in rock bands, I’ve had a theatrical approach to performing. On some occasions, I arrive on stage from the back of the theater. Dressed in leather and rags and witch-doctor finery, with a rainbow of fake eagle feathers splayed from my coiffure, I climb into a grocery cart, stand up like a politician giving the “V” for Victory sign with my outstretched arms and have my bandmates wheel me through the crowd. I highly recommend that you arrange to make an equally splashy entrance in the near future. Picture yourself arriving at your workplace or classroom or favorite cafe in resplendent glory, maybe even carried on a litter or throne (or in a grocery cart) by your entourage. It would be an excellent way to get yourself in rapt alignment with this week’s flashy, self-celebratory vibes.

VIRGO (Aug. 23-Sept. 22) When I was 19 years old, I was wounded by a shotgun-wielding assailant on the campus of Duke University. A few years ago, I revisited the scene of the crime. For two hours I sat there meditating on the exact spot where I’d been shot. Among the questions I pondered was this: Had there been any benefits that came out of that difficult event? The answer was a definitive YES. I identified several wonderful developments that happened specifically because of how my destiny was altered by the shooting. For instance, I met three lifelong friends I would not have otherwise encountered. My challenge to you is to think back on a dark moment from your past and do what I did: Find the redemption. (Read my full story here: bit.ly/strangeblessing.)

LIBRA (Sept. 23-Oct. 22) In her multi-platinum song “Tik Tok,” pop star Ke$ha claims that she brushes her teeth with whiskey – Jack Daniels, to be exact. In interviews, she has said this is not a glamorous fiction or rhetorical device; she really does it. “Jack Daniels is an anti-bacterial,” she told Vanity Fair. You might want to experiment with rituals like that yourself. At least for the next two weeks or so, it wouldn’t be totally crazy to keep yourself more or less permanently in a party mood. Why not prep yourself for unfettered fun from the moment the day begins? From an astrological perspective, you need and deserve a phase of intense revelry.

SCORPIO (Oct. 23-Nov. 21) English raconteur Quentin Crisp told the story of a veteran Hollywood film actor giving advice to a younger actor just getting started. “You’re at a level where you can only afford one mistake,” the wise older man said. “The higher up you go, the more mistakes you’re allowed. Right at the top, if you make enough of them, it’s considered to be your style.” I think this perspective is perfect for you to meditate on. The time is ripe to fuel your ambitions and gain more traction in your chosen field. And one of the goals driving you as you do this should be the quest for a greater freedom to play around and experiment and risk making blunders.

SAGITTARIUS (Nov. 22-Dec. 21) I have regular intimate communion with the Divine Wow (formerly known as “God”). Whether I “believe” in my Dear Companion is irrelevant – just as I don’t need to “believe” in a juicy Fuji apple while I’m eating it. That’s why atheists seem to me like goofy kooks, as fundamentalist in their own way as evangelical Christians. They have absolute, unshakable faith that there’s no such thing as our Big Wild Friend. Agnostics I can understand better; they’re like pre-orgasmic virgins who are at least open to the possibility of getting the full treatment. I offer these comments as a prelude to my prediction for you, which is that you will soon have a very good chance to get up-close and personal with the Divine Wow. (If that offends you because you’re an atheist, no worry. Nothing bad will happen if you turn down the invitation.)

CAPRICORN (Dec. 22-Jan. 19) For more than 11 years, a New Jersey man named Jesus Leonardo earned an annual salary of about $45,000 by gathering up and cashing in horse-racing tickets that had been accidentally thrown away by the people who bought them (tinyurl.com/scraptreasure). I suggest we make him your role model and patron saint for the coming weeks. Like him, you are in line to capitalize on discarded riches and unappreciated assets. Be on the lookout for the treasure hidden in the trash.

AQUARIUS (Jan. 20-Feb. 18) You’re now in a phase of your long-term cycle when life will be extra responsive to your vivacious curiosity. That’s why I encourage you to ask riveting questions. Ask whom? God, if that’s your style; your higher self, if that works better; or sources of wisdom and vitality you respect, if you prefer that. Here are four queries to get you started: 1) “What is the most magnificent gift I can give to life in the next three years?” 2) “How can I become more powerful in a way that’s safe and wise?” 3) “How can I cultivate my relationships so that they thrive even as my life keeps changing?” 4) “What can I do that will help me get all the love I need?”

PISCES (Feb. 19-March 20) I was considering the possibility of getting myself and my family members those GPS devices that allow you to locate your car if you’ve forgotten where you parked it. But then I had second thoughts. Wouldn’t that be one additional thing encouraging us to let our memories atrophy? The conveniences that technology provides are wonderful, but at a certain point don’t they start threatening to weaken our brain functions? I invite you to meditate on this issue. It’s time to have a talk with yourself about anything – gadgets, comforts, habits – that might be dampening your willpower, compromising your mental acuity or rendering you passive.