Some choices for geeks, gamers, those who prefer to fly solo, kids, oldsters and more 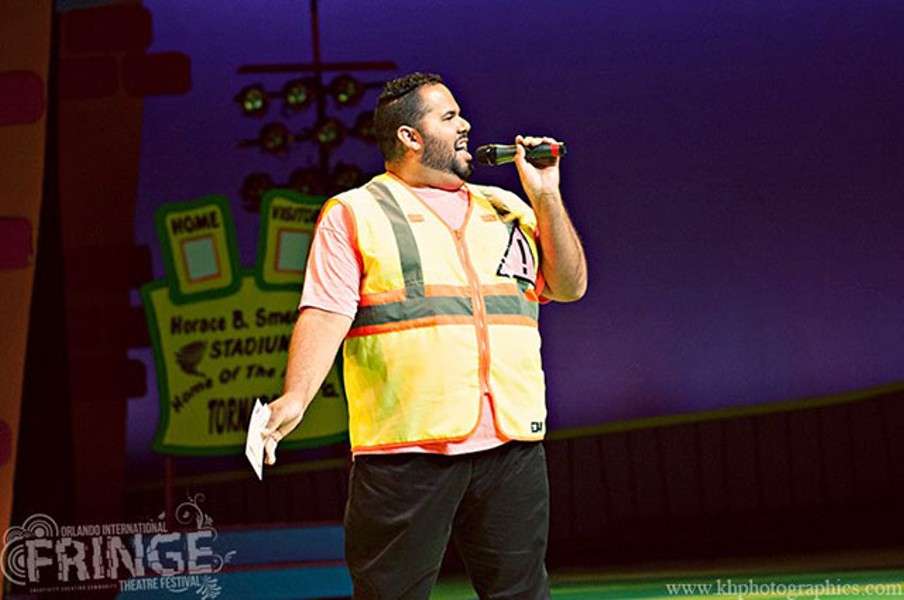 Field Guide to the Gays

Jett Backpack and Battle at the End of the Universe

Between the music, the beer, the food vendors, the beer, the art and the kids’ activities (did we mention the beer?) it’s easy to overlook what Fringe is really all about: live theater. While it’s possible to spend a week at the Fringe and never see a ticketed show, the real fun of the festival is seeing how many stage performances you can pack in. Fortunately, with 101 unique offerings this year, there’s something for every taste, no matter your demographic. (And keep an eye on ur ongoing Fringe 2013 coverage here.)

FOR GEEKS AND GAMERS
Nerds get their revenge at Fringe with numerous shows showcasing their subculture. The “Justice League of Fringe” is an association of geek-approved shows, including the space opera spoof Jett Backpack and Battle at the End of the Universe, the apocalyptic Andy Matchett musical Key of E, and Skill Focus: Burlesque Strikes Back (featuring sci-fi and comic-themed stripteases).
__________________________________________
* More genre goodies: Geek Life, The Death of Brian: A Zombie Tale, The 39 Steps, Chocolate Thunder & White Lightning, TJ and Mr. Oaksite

FOR THE FABULOUS (AND FABULOUS-FRIENDLY)
Orlando Fringe has earned a reputation as a haven for LGBTQ-themed theater, and this edition is no exception. Whatever your orientation, Logan Donahoo’s Field Guide to the Gays will give you a hot-pink primer, Mike Delamont’s God Is a Scottish Drag Queen provides an international perspective, and Wanzie’s Celebrity Match Game guarantees a gay old time (and $100 prize).
__________________________________________
* Further “family” favorites: Blue & Tod: In the Black, Little Miss Fringe Festival, Made for Each Other, Stained Glass Windows, Mitzi Morris in “If Looks Could Kill,” The Three Pussy Riot Sisters

FOR IMMATURE AUDIENCES
After availing yourself of the free activities at Kids’ Fringe, take your tykes across the lawn and introduce them to the joys of being an audience member. Physical storytelling, such as that found in Theatre Simple’s Owl & Pussycat, Wonderheads’ Loon and A Day in the Life of Miss Hiccup, appeals to all ages, as should Circus Arts’ Aerial & Acrobatic Adventure and Michael Winslow’s Noizeyman.
____________________________________________
* Children’s choices continued: A Book Can Take You Any Anywhere, 3 Amazing Thespians, Poe and Matthews, Rhubarb the Bear

FOR MATURE AUDIENCES
Who says you can’t bring Grandma to the Fringe? Stayin’ Alive III’s senior singers prove you’re never too old to rock, TCM-watchers will appreciate the silent film stylings of The Boxer and Onomatopoeia, and Civil War buffs can catch Country Joe Rosier as Generals Grant and Lee in
Ses-qui-cen-ten-ni-al.
____________________________________________
* Other older audience selections: Underneath the Lintel, The Hypnolarryous Show, Mr. Robb Goes to the Fringe, Escape Reality, Misa Flamenca