Fringe hit ‘Loon’ returns to Orlando for one weekend

Portland-based group Wonderheads have dropped out of Fringe 2014, so catch it now 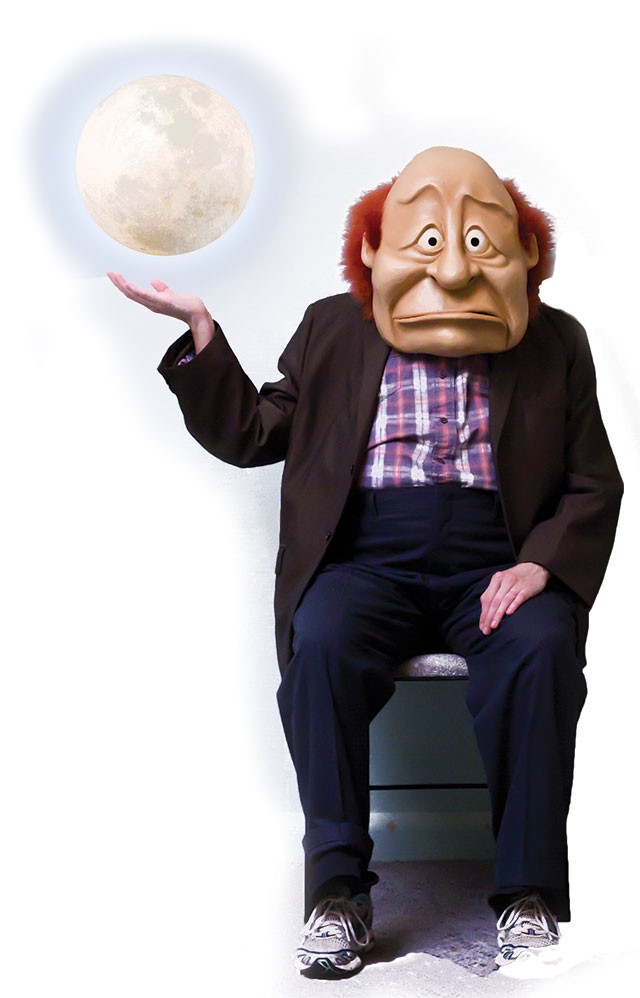 Presenting 100 shows, 2013’s Orlando International Fringe Theatre Festival was the largest in the fest’s 22-year history. And despite the abundant competition, Loon, a charming, wordless masked performance from Portland-based group Wonderheads, stood head and shoulders above the rest, garnering top awards from both patrons and the panel of critics on which I served.

If you missed seeing Loon last May, this is your lucky weekend. As part of the festival’s Fringe Year Round series, an encore engagement arrives at the Venue on Virginia Drive (evening shows Friday and Saturday, matinees Saturday and Sunday).

In my original review, I confessed, “Every year at Fringe I seem to find a fantastical freakshow of physical theater to fall in love with. … This time around, Wonderheads won my Fringe Crush fealty with their touching triumph, Loon.”

When we first meet the solo star of Loon, Francis (Kate Braidwood), he’s trying futilely to spread his beloved late mother’s ashes in the rain, only to smear them on his shabby suit. Slogging back to his lonely apartment, which literally fits inside a suitcase, Francis spends his time mopping movie-theater floors and waiting hopefully for the connection from his telephone dating service (Bachelor No. 378: favorite color, plaid; talents, none) that never comes.

Loon bathes its audience in the purest magic of imaginative theater, needing little more than the movement of a simple glowing orb to make viewers gasp with childlike delight. Whether slouching, swaggering or slipping into a brief and unexpected Bollywood dance break, Braidwood’s body language is so expressive that Francis’ frozen countenance actually seems to change. While there is nothing offensive or objectionable in it, the dark emotions explored are definitely intended for adults, and I’m not ashamed to admit Loon’s bittersweet ending brought me to tears.

Since last May, Wonderheads – the husband-and-wife team of Andrew Phoenix and Kate Braidwood – have been touring the Canadian Fringe circuit with a rebooted version of their first show, Grim and Fischer. “We decided to make the experience even more like ‘live-action Pixar’ by adding a new ‘short’ to the beginning,” the duo write via email. “We’ve also continued booking performances outside of the Fringe world [and] we are now touring year-round.” But their Orlando experience remains a career highlight.

“We were extremely surprised and honored by the turnout and overwhelmingly positive response to Loon. We’ve been to a lot of Fringe Festivals throughout the U.S. and Canada, and the people who run the Orlando Fringe are among the best. They take care of the artists like no other and are personally invested in each individual company’s success, as well as each individual audience member’s experience of their festival.”

Sadly, they’ve withdrawn from the 2014 Orlando Fringe because of scheduling conflicts, but they are creating a new show and wanted to focus on making the work “as great as possible.”

Braidwood and Phoenix add: “It was a really tough and sad choice for us, because we love Orlando and the Fringe and were looking forward to being back. We will definitely apply in 2015 and if we are lottery-successful, will bring either Grim and Fischer or the new show.” In other words, it will be at least 15 months until you see the Wonderheads’ masked visages again. You may want to take advantage of this Fringe Year Round special presentation to catch them while you can.