From couch to couch, one traveler’s story 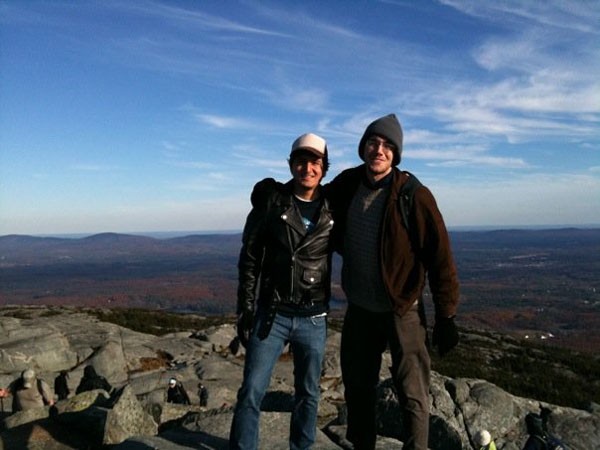 My first couch-surfing experience was in October 2009, when I went to Boston for a film festival. My friend Julian was also in town, and I probably could have wriggled my way into his buddy’s place with him. But I wasn’t in the mood to be pitied and figured it was an opportune time to try out the couch-surfing thing I’d heard about.

I sent out some requests to hosts on the official CouchSurfing.org website and ended up staying with a guy my age (24) named Ryan, who, on my second day there, suggested we drive out to New Hampshire to hike Mount Monadnock. I relayed the idea to Julian, who promptly ditched his sedentary pals and came with us. As we reached the peak of the mountain and took in the majestic view of a New England forest in autumn, Julian told me – with his typical deliberate understatement – that this couch-surfing thing was, actually, kind of cool.

After that experience, traveling alone became a thousand times more appealing to me. I’ve now couch surfed with nine other hosts in six cities, as far north as Toronto and as far south as Lima, Peru. I won’t say I’ve slept on nine couches, because that wouldn’t be true. I’ve had the luxury of sleeping on a king-sized bed in a room all to myself and, conversely, I’ve shared the same bed as my host in a small studio apartment.

Sometimes it isn’t the most comfortable situation. When I was in Quito, Ecuador, my host, Pablo, didn’t have hot water. I showered only once in my three days there. The minor discomforts of couch surfing are in some ways part of its major allure, which is truly experiencing, rather than hiding from, the realities of life in a foreign place. Planting yourself in a new town at a hotel for an extended period is always an admirable strategy, but for a traveler who wants the genuine feel of life in a new country or city in a short time, couch surfing with an experienced host can’t be beat.

Surfing also has unquestionable utility, especially in the post-recession era. Recently, I was drawn to southwest Florida for a story, and I didn’t know anyone in the Naples area. Armed with my CS profile, it took me only a couple of hours to make arrangements. I ended up splitting my stay between two hosts, one a waiter, the other a chef. As it turns out, the former is the author of two novels and the latter knows more about making soap than Tyler Durden (remember Fight Club?). Both of my hosts were voracious readers, big thinkers and generally inspiring human beings – not rare finds in the couch-surfing community.

Overall, the CouchSurfing project is my candidate for the “Best Idea in Any Field Ever” award.

I have not yet hosted anybody myself; perhaps that’s because even foreigners know to click the “back” button when they see my location: Longwood.