From food halls to fine dining, Orlando's most anticipated new restaurants of 2020

Photo by Rob Bartlett Financier Patisserie, an NYC-based minichain with Parisian panache, has moved into the old Rustic Table space in Winter Park.

With the promise of a new year, the food-conscious souls of the city commence their ritual gaze into the near future, brain-marking food and drink establishments of note, planning culinary excursions to far-flung reaches of the city, and clearing space on their phones for the impending glut of IG stories.

So what does 2020 hold for our ever-diverse restaurant landscape? For one, a trend we've been eagerly anticipating for a few years now – food halls. Winter Garden, Lake Ivanhoe, downtown Orlando, Oviedo, SoDo and more neighborhoods will see these bastions of gluttony open to the public. On the finer dining front, Norman's will reopen in Dr. Phillips after moving out of the Ritz and a couple of Top Chef alums – John Tesar and Gerald Sombright – will move in. It'll be a relatively quiet year for Disney Springs, but over at Epcot, Space 220 will blur the lines between space station and restaurant.

Want more? How about soaring towers of fried lobster? Or a ramen joint where everything (noodles included) is made from scratch? We'll get Blake Shelton, Willie Degel and the world's largest White Castle. Oh, and local restaurateurs Jason and Sue Chin will launch a new venture, but we can't tell you about that just yet. What we can tell you is, judging from this list of newly open and soon-to-open restaurants, it'll be a very gratifying year of eating.

The Hamlin food hall (appropriately monogrammed after Arthur George Hamlin) will sit on 22,000 square feet of lakefront property and offer everything from craft burgers and pizza to Southern fried chicken and sushi. A second-floor indoor/outdoor bar will provide views of Lake Hancock and nightly fireworks at Disney.

The popular Milk District sammie joint will bring its unique brand of grammatical and handheld expression to the old Joe's Pizza space in Winter Park. Owner John Collazo's over-the-top sandwiches will go over well on a strip that has Hunger Street Tacos, Lombardi's Seafood, 4 Rivers Smokehouse and Bread & Co. within walking distance of each other.

The banh mi counter inside the Tien Hung Market in Mills 50 received a refresh and a rebrand, most notably with a marquee on the market's facade. Inside, 10 banh mis are offered (yes, there's a veg version), all for $4.99.

JM Hospitality, the same group behind the 310 Restaurants and Blu on the Avenue, will open this high-end refuge of red meat in the old Park Plaza Gardens space on Park Avenue. After a significant renovation (and significant delay), Bovine is poised to become the most handsome of chophouses in the city. 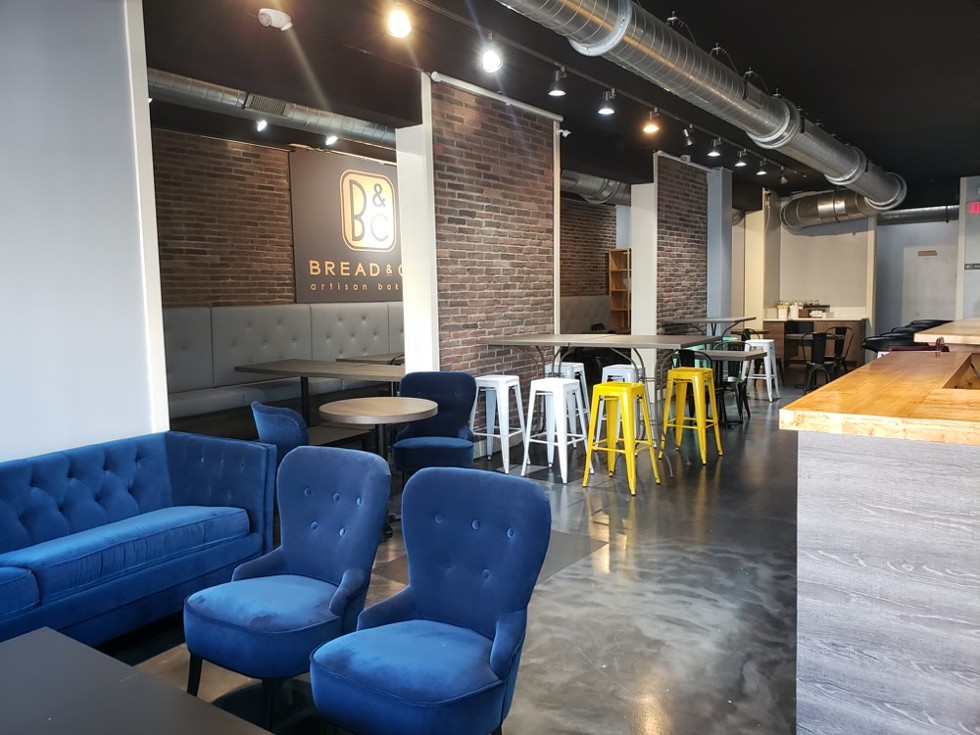 After temporarily closing late last year, the French-Korean bakery reopened in 2020 with an interior design revamp and a concept tweak. Yes, they still serve their luxe breads and pastries, but they've now got a bevy of savory Japanese dishes to add to their sweeter offerings: yakitori, sandos, curries and, of course, okonomiyaki.

The Southern breakfast and lunch spot out of Lafayette, Louisiana, will open at the Village at Lake Lily promising build-your-own Bloody Marys and boozy concoctions. And yes, beignets will be served.

New York-based Carolina barbecue chain Brother Jimmy's will open not one but two smokehouses in the city this year: A counter-service operation is slated to open in the old Which 'Wich space at the Marketplace at Dr. Phillips and another full-service operation in the former Adobe Gilas space at Pointe Orlando. Let the napkins fly.

An 18-stall food hall incorporating the gorgeous Orchid Garden on Church Street will undoubtedly draw more people to the venue than in the old Church Street Station days. Let's hope the vendors are as worthy as the Victorian-esque architecture.

If you've been to the Essex Street Market on the Lower East Side, the Plaza Food Hall in Midtown, or the Dekalb Market Hall in Brooklyn, you may have indulged in coffee and a croissant from Café D'Avignon. Now this NYC-based café/bakery has opened its first outpost outside the Big Apple at Sunset Walk in the Margaritaville Resort, with more cafés along the way.

An upscale sports bar experience with more than 90 local and global varieties of beer on tap should go over well at the culinary Circus Maximus of Disney Springs. As far as food is concerned, expect classic American with "modern twists."

West Palm Beach-based pizza outfit will open their build-your-own-pizza concept in the old California Tortilla space on Church Street. They tout their fresh, local ingredients (an herb wall may be incorporated for hyperlocality) and a bar should keep downtown's club set properly slaked.