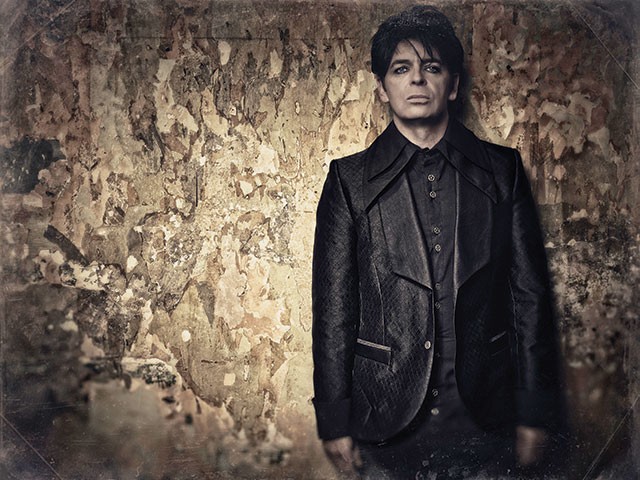 In the late 1970s and early 1980s, electro and industrial music pioneer Gary Numan ruled the British charts with the robotic “Are ‘Friends’ Electric?” and cracked the U.S. top 10 with “Cars.” Now, the pioneering musician is back at full strength, unleashing a new sound and spirit to legions of longtime listeners and gaining the respect of a new generation of fans – almost 30 albums later and counting.

“I think the stuff I did at the beginning is more reminiscent of the stuff I’ve been doing for the last 20 years,” Numan says. “There’s definitely parallels between the first three or four albums and the last four or five albums. It would be quite difficult to do the stuff from those middle years.”

From the mid-1980s to the mid-1990s, Numan’s career stalled with a series of meandering, uninspired forays into R&B- and jazz-funk-influenced albums produced by his own label. Reviews were so poor and sales so sluggish that the artist considered himself almost a “has-been.”

But around 1994, he summoned his innovative spirit and began writing and recording a series of heavy, industrial-inspired albums that drew envy and praise from not only some of the most popular artists of the day, but even better, from the usually harsh or, worse, indifferent press.

That series of albums, beginning with 1994’s Sacrifice, has currently culminated with his latest work, Splinter (Songs From a Broken Mind), which was released Oct. 15. Numan is now on his first North American tour since 2010 and is bringing his searing sounds to the Amway Center Halloween night along with Nine Inch Nails, whose singer, Trent Reznor, asked Numan to gig with him at a birthday party shortly after Numan moved to Los Angeles in 2012.

The Orlando show is one of only two shows on the tour featuring Numan, and Reznor is one of many current artists (such as Prince, Lady Gaga, Marilyn Manson and the Foo Fighters) who have sampled or covered Numan’s songs and see him as one of the most influential pop-rock artists of the last 30 years – an accolade with which the humble Numan has a hard time reckoning.

For this tour, Numan expanded what was to be a very short run of West Coast dates in late summer by adding concerts on the East Coast. Numan says he was excited to end the run on Halloween in Orlando because of his fondness for the city.

“There’s certain shows around the world, you’re sort of confident that you’re going to have a particularly good night, and the crowd is going to be with you from the beginning,” Numan says. “[Orlando] is definitely one of those. How it’s going to be in a giant place with the NIN [crowd], it should be even better.”

As for his latest work, Splinter, Numan – who has connected with fans of EDM, industrial, hip-hop, metal and modern rock – teamed up with NIN guitarist Robin Finck and producer Ade Fenton to take the chains off his heaviest album so far. The music, set and stage presence are a far cry from the icy stoicism he embodied on his first three albums. He says fans expecting that sound and sight (or the high-fashion, arm-swinging, new-romantic stylizing of the mid-’80s) will see a completely different look.

“I’m not a big fan of retro, nostalgia,” Numan says. “If anything, my albums have been getting heavier. If people are coming in to hear nostalgia, they’ll be disappointed. But if they’re coming to hear something powerful and aggressive and heavy, then they’ll get what they want.”

Splinter follows 2006’s critically acclaimed Jagged, and Numan says he originally planned his new material as a swift follow-up. (In between, he released 2011’s Dead Son Rising, a set of demos.) However, plans for the release were postponed as Numan found it impossible to write due to deep depression.

“I was on medication for depression for about three years. It was pretty bad; I was in a bad place,” says Numan. “I started to get better, but I didn’t start writing seriously again until the end of June 2011. Up until then, I had a few songs but no continuity at all.”

He says he’s pleased with the overall production of Splinter.

“There’s a greater dynamic on it. Lyrically, it’s a lot more personal,” Numan says. “It feels a lot more emotional, and production-wise … it’s really gone up a level or two. From a songwriting side … there are songs that are really big, massive and driving, then there’s songs like ‘Lost,’ which is really just a piano and vocals. I’ve never had a lot of confidence with my voice, so I usually hide it under effects. With this one, there are very little effects going on with most of the songs.”