In recent weeks, I've attended more Central Florida holiday events than I can count on both hands. I've heard hundreds of heart-warming carols, seen thousands of twinkling lights, and taken socially distanced selfies with a minyan of Santa Clauses. At the risk of sounding Scrooge-ish, there's only so much corporate cheer a sane person can endure. So, if you too are craving down-home holiday entertainment that doesn't take itself quite so seriously, here's one off-kilter option that truly captures what it means to celebrate Christmas in the Sunshine State: Gatorland Holiday Ho Ho Ho-Down Christmas.

It's been almost five years since I last visited Orlando's oldest continually operating attraction — over 70 years! — and it's obvious CEO Mark McHugh and his staff have upgraded the "alligator capital of the world" in the intervening half-decade. No longer content with simply billing itself as the area's "best day attraction," the park now proudly leans into its legacy as a redneck-friendly roadside with a corn-pone comedic sensibility that's exemplified by this first iteration of what's hoped to be an annual seasonal event.

Rural humor may have exited the American mainstream after CBS canceled Green Acres and Hee Haw in 1971, but it's still alive and well in the South, and Gatorland's emerging identity smartly capitalizes on that market niche without becoming either crass and puerile, or condescending and patronizing. It's a deceptively delicate balance to walk, but working with ginormous reptiles must accustom them to watching their step.

Visit Gatorland any day through Christmas, and you'll be able to spot merrily macabre sculptures of melting snowmen installed around the park, along with a witty "gingerbread trailer park," complete with an outhouse and chicken-chomping gators; search for a sweet Grogu reference among the giant cookies.

However, you need to attend on a weekend if you want to enjoy musical performances from the Gator Dans (a swampy spoof of Disney's singing group) or an outrageous original Christmas story by park ambassador Savannah Boan, involving Santa getting a full body cavity search at Trump's border wall. 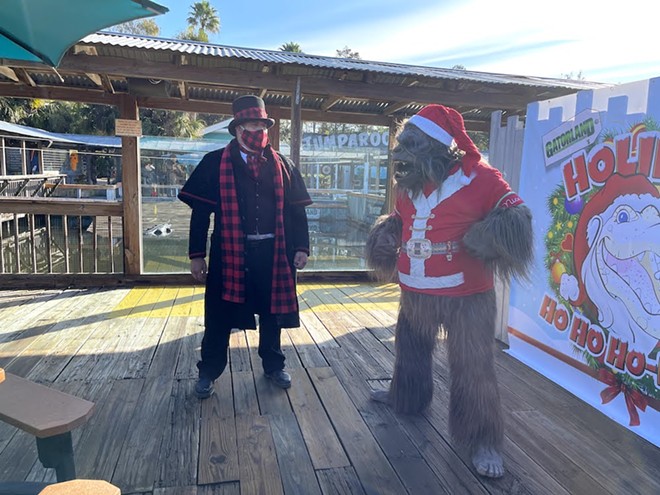 Also make time to visit with Gator Claws — whose sleigh is led by an antlered alligator with a Rudolph-red nose — and the Santa hat-clad Socially Distanced Skunk Ape, two of the most beautifully bizarre meet & greet characters I've ever encountered outside Times Square. Most importantly, spend the extra $2 for the Christmas Express train ride around the park to hear "Bubba's Christmas Crisis," a new "Night Before Christmas" parody with original music and props; for my money, it's a more satisfying seasonal overlay than the Magic Kingdom's Jingle Cruise. (Dec. 12-13, 19-20; gatorland.com) 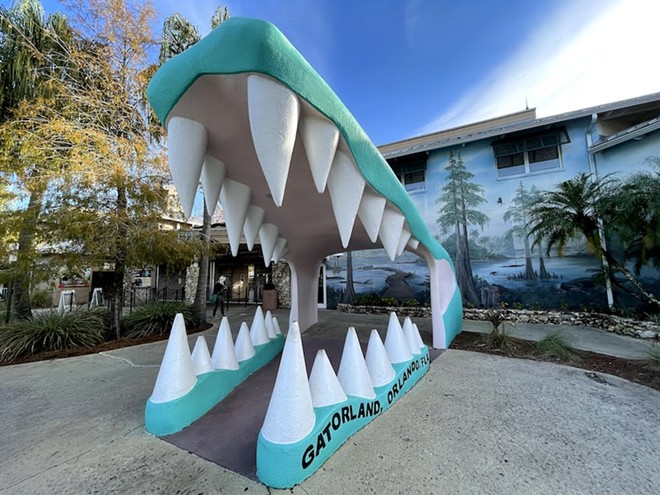