Gemini Man is an interesting but contrived experiment 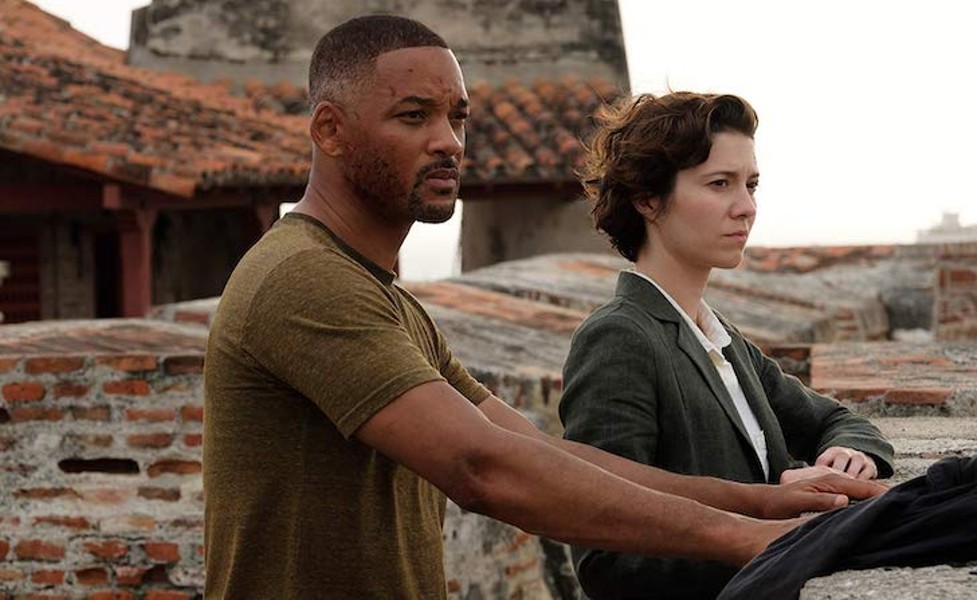 From 19th-century music-on-disc experiments, to synchronized soundtracks, to three-strip Technicolor, to 3-D cinematography, to CGI, filmmakers have always embraced technological advances. And though director Ang Lee is part of that proud tradition, his newest undertaking, Gemini Man, falls just short of expectations not because of a failure of science, but thanks to mediocre use of old-fashioned elements: writing, acting and directorial sensibility.

Regrettably – as is the norm today – the great gimmick of this action sci-fi flick is revealed in the trailers: Will Smith and his character have been cloned. The hitman he portrays has been scientifically replicated (think Dolly the Sheep) while the actor’s younger self has been re-created in much the same manner as Peter Cushing in Rogue One: A Star Wars Story, though that film didn’t have access to the real Cushing, who died in 1994.

This isn’t the “euthanizing” method of The Curious Case of Benjamin Button, which remains the most emotionally impactful use of this type of technology, though the science was in its infancy in 2008. Instead, this spectacle, which raises important social and artistic questions, is courtesy of a combination of CGI, motion-capture tech and use of Smith’s previous performances. And though the end product still sometimes sinks into the “uncanny valley,” the film contains moments of astonishing realism, as did Alita: Battle Angel earlier this year.

But as most sound films from the late 1920s and early 1930s prove, tech isn’t enough. It’s still about the basics. And in that regard, Gemini is a tad disappointing. Smith plays Henry Brogan, an operative with the Defense Intelligence Agency (DIA). (Filmmakers peppered the set with Coca-Cola, Stella Artois and other brands, but they couldn’t reference the CIA?) Haunted by his 72 career hits and worried that his age is compromising his marksmanship, the 51-year-old wants to retire.

“My soul is hurt,” he confesses. “I just want some peace.”

Enter Henry’s younger self, who was cloned more than two decades earlier by a secret project called Gemini (named for the astrological sign pictorially represented by twins). The 20-something doppelganger apparently has all of Henry’s skills but none of the emotional baggage. And, well, he’s not as old. So when Henry’s most recent kill goes pear-shaped, the agency agrees it’s time for him to step down, except they desire a more permanent retirement. And “Junior” is the perfect one to deliver the gold watch – in a coffin.

As Henry, Will Smith isn‘t at his best, but he (the real actor, not the digital double) is still the movie’s most watchable element. As his unlikely partner, Mary Elizabeth Winstead (Fargo TV series, The Hollars) does all that’s asked of her, but, as with much of the film, her character isn’t entirely believable or relatable. The same could be said of Benedict Wong as Henry’s friend and Clive Owen as the head of Gemini, though Wong’s comic relief and Owen’s dour villainy are intermittently interesting. However, Gemini Man never quite lives up to its intriguing premise. Smart, existential themes are lurking just below the surface and are partially uncovered in the climax, but they remain mostly buried by overscoring, overemphasis on (admittedly spectacular) action sequences and a contrived screenplay (by David Benioff, Darren Lemke and Billy Ray) that seems to exist mostly to showcase the special effects. (The Prisoner TV series explored these issues more maturely in its “Schizoid Man” episode.)

Speaking of tech, the film is groundbreaking in another way: Lee and cinematographer Dion Beebe shot it in 3D and a combination of 60 and 120 frames per second (fps), similar to Lee’s Billy Lynn’s Long Halftime Walk. Unfortunately, most theaters are screening the film in 2D and a standard 24fps. But even in that conventional format, the film looks curiously different: crisp, colorful and bright, if a little flat. Projected in 60 or 120fps, it apparently appears either spectacularly hyperrealistic or cheaply uncinematic, depending upon your own sensibility and cinematic expectations.

The new “cloning” magic might make one forget that there’s a different invention capable of even greater realism and more profound cultural change. That technology was principally created in the 1830s by a guy named Louis Daguerre. It’s called photography.

Gemini Man is not showing in any theaters in the area.