Get your old man on

Raekwon finds new success by sticking to what always worked 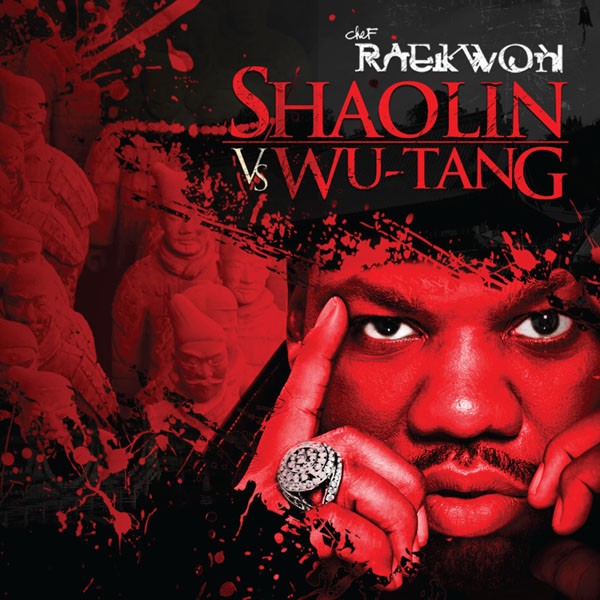 The shrewdest move Raekwon ever made was a thoroughly conservative one. Faced with the pressure of a 15-year delay in delivering a sequel to his first solo album, 1995’s cherished Only Built 4 Cuban Linx ..., and operating within a hip-hop scene that prides itself on constant reinvention and prioritizing the young and new over the old and classic, the Wu-Tang Clan rapper took the sober step of offering up a new album that sounded like it could have been recorded at the same time as his debut. The decision paid off: When Only Built 4 Cuban Linx ... Pt. II was released in September 2009, its vintage vibes satiated longtime fans who’d grown skeptical about the project, and it struck a positive note with critics used to seeing one-time rap kings fail to live up to the classics of their heyday. This humble idea of giving your original fans the same style of music that won them over in the first place has granted Raekwon a fruitful second-wind career – and it’s one he’s been successfully mining ever since.

According to Raekwon, there was no grand eureka moment in his decision to revisit the tones and textures of his debut for his latest releases. (This year’s Shaolin vs. Wu-Tang adheres to the same template.) He says that he simply felt that his fans would appreciate “a return to that original Cuban Linx ... style. You know, it’s updated, ’cause it’s new, but it’s classic.” It’s a simple sentiment, but it’s one that took Raekwon the better part of his career to realize.

When his solo debut dropped in 1995, it was at the height of the Wu-Tang Clan’s reign. After solo albums by Method Man and Ol’ Dirty Bastard, Raekwon’s contribution to the canon of the Clan fused densely composed, slang-saturated rhymes with the aura of Mafia mythology: Rae and his guest rappers took on aliases like Lou Diamonds, Rollie Fingers and Lucky Hands, and rhymed about drug heists and the criminal underworld, all while plotting to get out and leave the nefarious life behind. The trend struck a note; the lofty likes of Jay-Z, Notorious B.I.G. and Nas would all, at some point, cop to having been inspired by Rae’s Mafia moment.

But if Cuban Linx ... ruled rap in ’95, what came next from Raekwon slowly deflated his career. His 1999 followup, Immobilarity (don’t bother looking it up in the dictionary) was a project without direction, messily mixing classic East Coast production by Pete Rock (“Sneakers”) with what resembles an attempt at a Neptunes-style club hit (“Pop Shit”) and a corny update of Ghostface’s tender tribute to his mom, “All That I Got Is You,” that replaced the emotive voice of Mary J. Blige with the vocals of fleeting R&B footnote Big Bub (don’t bother looking for him on Wikipedia). What came next was equally as awry: 2003’s The Lex Diamond Story was arrogant enough to invoke Rae’s Cuban Linx alias without capturing any of the project’s emotive spark; the Vatican series of mixtapes seemed like an aging rapper feeling the pressure to cop to current trends and drop “street albums” without possessing the gusto to do so.

At this point in Raekwon’s career, he was ready to be wrapped away with the many other hip-hop artists who at one time defined eras and created classics only to then taint their legacy by making projects that gave the impression of foolhardy old men attempting to keep up with the kids. (The results are always far from gracious: See any Ice-T album after O.G.: Original Gangsta, or KRS-One regressing from coining thundering anthems of the golden era to recording The Sneak Attack, which may contain 2001’s most limp-dog collection of rap beats.)

Rap’s momentum is naturally with the youth – these days, Odd Future, Wiz Khalifa and Lil B sum up the scene. But Raekwon’s recent grandstand against the popular tide offers a new hope for veteran rappers. Chuck D used to be fond of saying that Public Enemy should aspire to be hip-hop’s version of the Rolling Stones. He meant that he envisioned a future where the band would tour the world long after its recorded prime thanks to the enduring power of its hits. Raekwon has added a subtle twist to the formula by making new but similar-sounding hits. (That’s if you can ever call a song as pared-down and brutal as “Incarcerated Scarfaces” a “hit.”) Cuban Linx ... Pt. IIand Shaolin vs. Wu-Tang are familiar listening experiences for Wu-Tang disciples: Songs are prefaced with kung-fu flick vocal samples, the crucial tone of the album is one of mystical menace and the guest artists never stray beyond the inner circle – there’s no attempt to shoehorn Nicki Minaj into the proceedings. And, for Raekwon’s fans, the formula works. By openly acknowledging that his reputation is based on his past, Raekwon has managed to keep himself relevant today.