'A loud, celebratory and formidable movement'

When Zaryn Kluytman started high school four years ago, she trained herself to be a "hallway ninja," narrowing her shoulders, crouching and dodging the jostling backpacks and strong shoulders of her peers. She did her best to take up no space at all.

When Kluytman returned for her second year, something had changed. She looked around and, for the first time, saw that the halls were full of ninjas just like her. This time, she decided she would stand up straight and walk with purpose. Despite being nearly knocked to the ground between every class, Kluytman decided to take up as much space as she was meant to fill.

Kluytman, now 18, attended the flagship Girls Rock Camp in St. Petersburg during the summer between those years. There, Kluytman says, she learned what it meant to take up space, not just in the hallways, but also by sharing her thoughts and passions without fear of judgement. Though she is too old to return as a camper this July, the lessons learned at GRC and the impact of the staff inspired Kluytman to return as a counselor.

That philosophy is the mission of the Girls Rock Camp Alliance, a network encompassing more than 90 youth organizations around the world. Their mission is "to build a strong movement for collective liberation."

"Our work is a direct attempt to amplify voices that have otherwise been told to be silent," reads the About page at girlsrockcampalliance.org. "We believe that joy is a revolutionary force."

Monique Smith is the director of the Orlando chapter of Girls Rock Camp. "A lot of our volunteers say that Orlando Girls Rock Camp is like a womb, like a female empowerment womb, like a little incubator," Smith laughs. "We load them up with positive energy and affirmation and empowerment. When we put them back out into the world, we want them to carry that with them, the sense of self-confidence and believing in themselves and knowing that they're capable of doing something freaking awesome, because they did."

Vice-chair for Girls Rock Camp Orlando Mary Bucaro led the charge to bring a branch of this international alliance of head-banging and female empowerment to Orlando back in 2018, after the camp's original incarnation, "Rock'n'Roll Camp For Girls Central Florida" lost its pace in 2014. Last year, Orlando's Girls Rock Camp attracted seven campers aged 8 to 17. This year that number rose to 17. In its second year, Girls Rock Camp Orlando is back to empower the next generation through music and to teach the values of self-confidence and mutual respect.

The camp itself is structured around learning and performing original music. On the first day of GRCO, each camper is assigned to an instrument that they have likely never tried before and then grouped into bands with campers they may be meeting for the first time. Throughout the week, these new bands not only learn how to play instruments, but work collaboratively to write an original song.

In addition to three or more hours of band practice every day, the volunteers for GRCO lead a variety of workshops that extend beyond the musical realm. Many of these workshops explore topics that impact the campers everyday lives like body positivity and consent, while others explore activities like zine-making and roller derby. Others still teach DIY skills such as logo design, screenprinting and button-making so the campers have merchandise for the showcase.

"That DIY aspect is really important because it's good to show the campers that this is what real musicians do, especially when they're starting out," Smith says. "You're carrying your own gear, you're plugging in your own amp, you're writing and performing your own songs, and you're making your own merch. You're also selling your own merch most of the time."

At GRCO, music is a means to build community and confidence among both young girls and LGBTQ youth. (Again, from girlsrockcampalliance.org: "Music, art and creative expression are our tools in building a loud, celebratory and formidable movement. We do not use these tools by accident; we use them because music and creative expression are accessible, community-based, collaborative and political.") 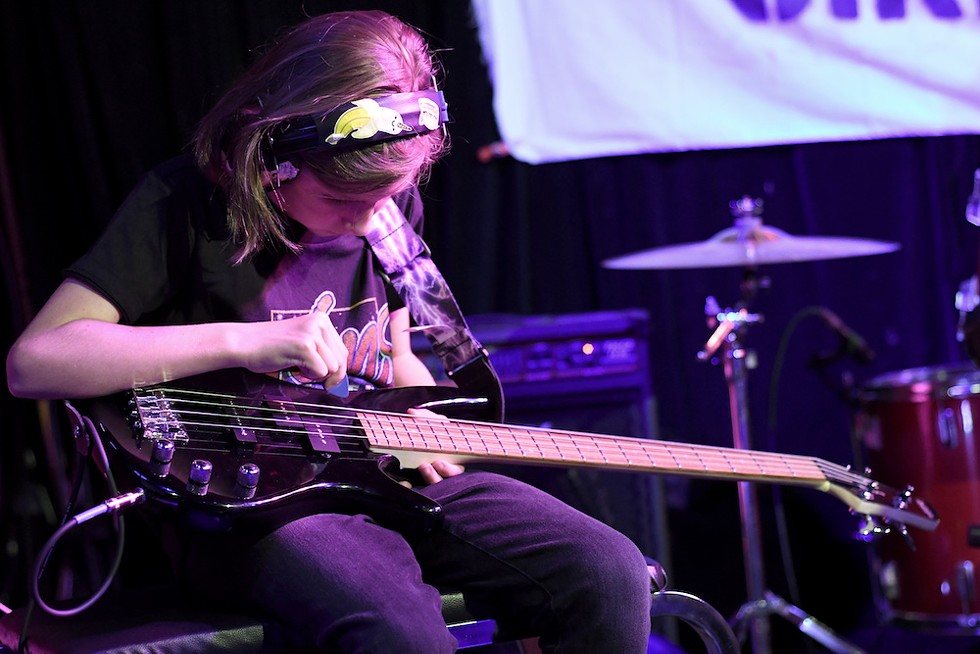 Smith says that, living in a city with such a vibrant queer community, it is important to teach that striving for female empowerment should not be an exclusive endeavor.

"A lot of women my age now, we all talk about how this was the camp that we needed," Miller says. "There is that age that starts to happen where girls start to turn against each other, and [we teach] how to actually communicate with each other ... but also politically, with what's been happening in the world, I think that there is a definite need for women to feel ownership of their bodies and to feel powerful in their own voice and to find a collective energy."

In addition to music, this camp is dedicated to educating and empowering the next generation of young women through classes based on the camp's five pillars: "herstory," social justice, self-defense, body image, environmental sustainability. The all-female-identifying staff work together with the campers to come up with ground rules for the week that range from basic tenets like "respect the space" to a ban on the word "sorry."

The Saturday after the last day of Girls Rock Camp Orlando, family members, friends, local musicians and supporters from the community packed into Will's Pub, where each band performed its original song.

Playing live on stage for the first time can be incredibly intimidating, Howard says, so the Girls Rock staffers went out of their way to make sure each of the campers feel like rock stars. Before the show began, the new bands hit the stage for a quick soundcheck then were whisked away by local volunteers who coiffed their hair, applied makeup and did their nails to get them stage-ready. After pizza, a pep talk and a bit of mingling among the crowd, the show was on. 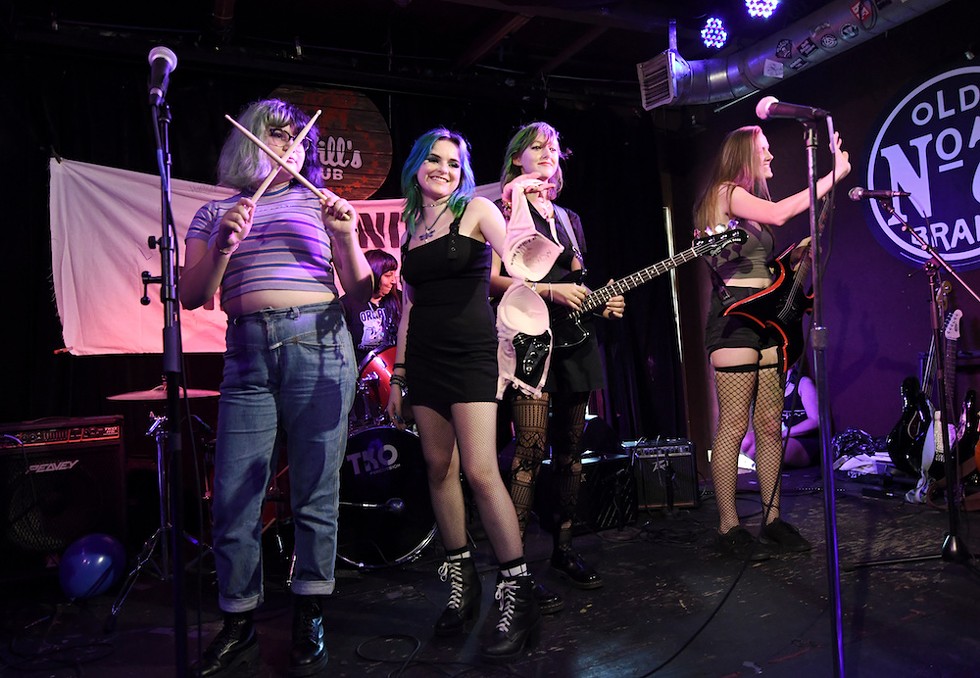 "Last year's performance was our very first camp after the reboot, and we had two bands, so we had the luxury of also having them perform covers," Smith says. "One of our campers who has been playing guitar since she was 8 learned a couple extra songs on the acoustic, and a couple of our vocalists sang a cover of 'Wise' by Marina and the Diamonds and 'Skinny Love' by Bon Iver. Those were some pretty goose-bumpy moments."

In the future, Smith says that she hopes to expand Girls Rock's resources so that the campers can have their songs professionally recorded during the week.

"My dream is to be able to go and pay money to go see them, to help put out their records," Howard says.

"Girls Rock Camp solves, over the course of a few days, what is probably one of the biggest issues for women in society today, which is safety, and I don't just mean physically but emotionally and in terms of the judgment of our decisions," GRC camper-turned-counselor Kluytman says. "After five days of this kind of constant support, approval and positivity, you understand that you never really needed it in the first place."