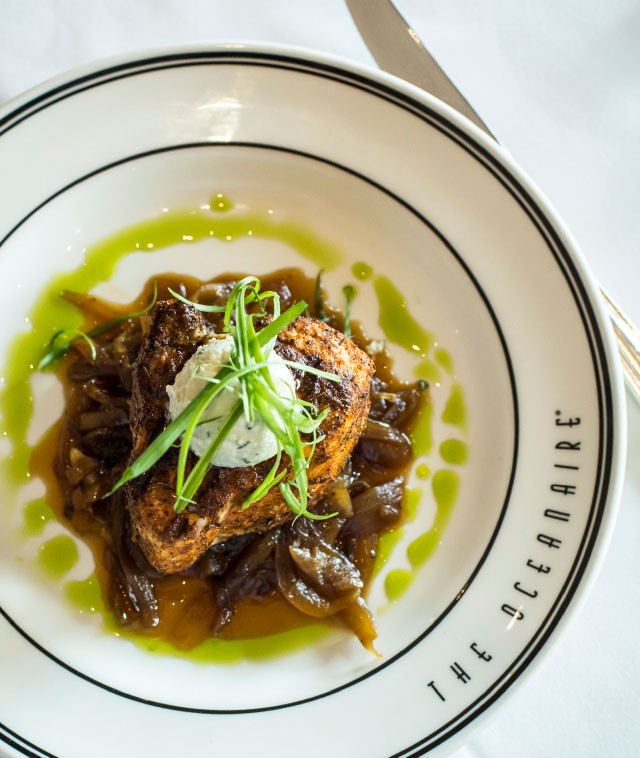 With all this coastline, it’s no wonder we have so many places serving seafood around town. Legit old standbys still rule, like the wood-paneled fried fish temple that is Boston’s Fish House and High Tide Harry’s, which is in new digs, but sporting the same menu and the same low-key vibe as the former location. Don’t bother wearing a dry-clean-only look at one of the many the Cajun boil restaurants, like King Cajun in the Mills 50 district, Little New Orleans on OBT or Vegas-based Hot ’N Juicy Crawfish – you’re gonna get messy.

Looking for somewhere you won’t have to wear a dropcloth? Cityfish in Thornton Park has a killer lobster roll, and fans swear by Winter Park Fish Co.’s chowder and cioppino – just be prepared to drop slightly more cash.

At the higher end, Oceanaire Seafood Room on I-Drive has the graceful feel of a 1920s cruise ship and is the alma mater of The Taste judge and Top Chef cheftestant-cutie Brian Malarkey. Sophisticated preparations like sole meunière, stuffed flounder Florentine and nine varieties of oysters provide more than enough elegance, but surprisingly homey sides like fried green tomatoes keep things down to earth.