Goodbye to All That

One last hurrah for the Red Fox Lounge 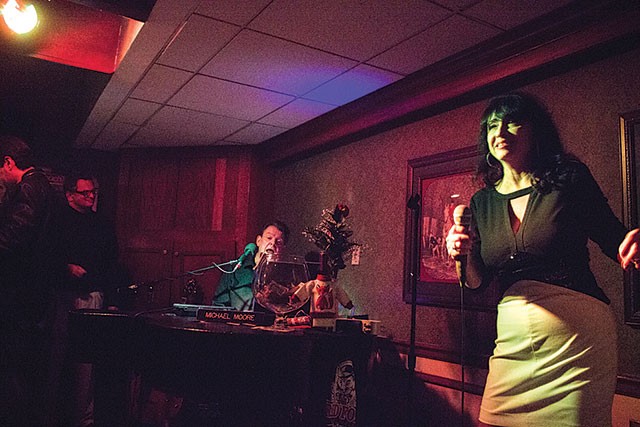 On Nov. 1, lounge singer Lorna Lambey headlined the closing night of the iconic Red Fox Lounge, the timeless hotel bar that welcomed hipsters, travelers and nostalgists alike to Winter Park’s Mount Vernon Inn. Once upon a time, the old Colonial-style hotel facade was considered a gateway to Winter Park, but soon it will be replaced with a new mixed-use development.

Unicorp, the developer that built the retail complex that houses the Trader Joe’s and Shake Shack right across the street from the inn, has big plans for the location – and, as usual, despite community concerns and opposition, progress holds the trump card over history.

It’s sad enough to lose a beloved space – and for some, the Red Fox Inn, which was a dark wood-paneled hotel bar that looked curiously dated though somehow timeless, was indeed beloved – but it’s even sadder to lose the traditions associated with them. Lambey’s residency as a lounge singer at the bar was a tradition that dates back more than 20 years. During much of the time she spent singing at the bar, Lambey had her husband, Mark Wayne (pictured with Lambey on the facing page, bottom left), by her side, playing piano and providing a foil for her bubbly, upbeat persona. Mark and Lorna, as the duo were called, performed kitschy pop songs for crowds who adored their sweet, sentimental lounge act that would have been as at home in a Vegas dive as an Orlando motor court. Wayne died in 2012 at the age of 82, but Lorna continued performing on her own. Now, just two years later, the Red Fox and Mount Vernon Inn will join him in our memories.

On that final night, which we’ve documented in these photos, Lambey was the consummate show woman – she kept the mood upbeat in the lounge, which was abuzz with people, according to our local music critic, Bao Le-Huu. He says the “usual good times rolled,” but the loss of the Red Fox – one in a series of favorite local haunts that have closed recently – is “an especially tough pill.”

“Even though we have some real terroir here, Orlando’s a city whose artificial fantasy facade happens to be world-famous,” he says. “But on the organic level, the Red Fox was true living history. With its closing, we lose some color, authenticity and a big chunk of soul.”

Lambey will continue to perform – in fact, she performed at Rocco’s Italian Grille, right up the street from the Red Fox, on Nov. 8, something that could turn into a regular gig for her (see This Little Underground, page 29) – but we’re still going to miss the Red Fox, red vinyl chairs, gaudy tapestry wallpaper, dark wood paneling and all.