Gov. Rick Scott is not a scientist 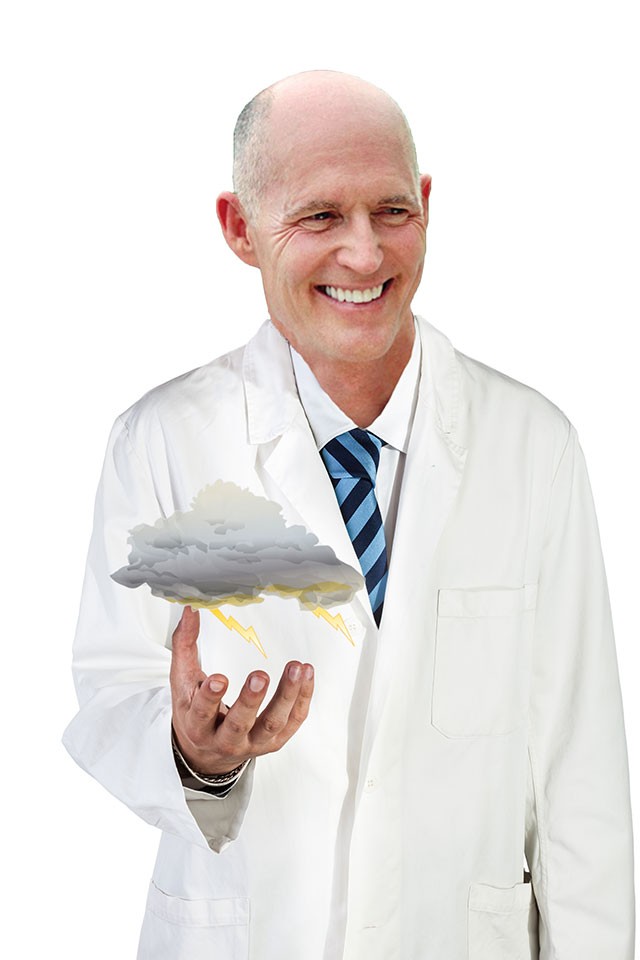 Sometimes you have to wonder exactly what favors Gov. Rick Scott and his cabinet were granted in order to pass basic biology class in middle school – not to mention English and history. Last week, our favorite numbskull made an appearance in Miami at which he invoked his latest deflection tactic in the face of questions about climate change: “Well, I’m not a scientist.”

“But I can tell you what we’ve accomplished. We put a lot of effort into making sure that we take care of our national treasures – the Everglades, making sure water flows south, any flooding around our coast. So we’re doing the right thing.”

Ears, bleeding. None of what Scott says is true, of course, and maybe by now we shouldn’t expect it to be. But for once could he directly respond to a question without the blather of nervous campaigning? Also, when you’re in Miami – a city that has been widely reported to be the first to go as the waters rise over the next century – maybe craft a little tact and say, “Hey, I’m looking into it, because I don’t want to lose our most recognizable city.” Nope.

Scott’s move comes, of course, on the heels of Sen. Marco Rubio’s similar climate change denials, which are being echoed in silos and bomb shelters across the country.

“Florida’s marriage laws, then, have a close, direct and rational relationship to society’s legitimate interest in increasing the likelihood that children will be born to and raised by the mothers and fathers who produced them in stable and enduring family units,” Bondi’s office said in court documents, according to the Associated Press.

We will soon be the land of drowning heterosexual babies, then. Oh, wait. Come on in. The water’s fine.