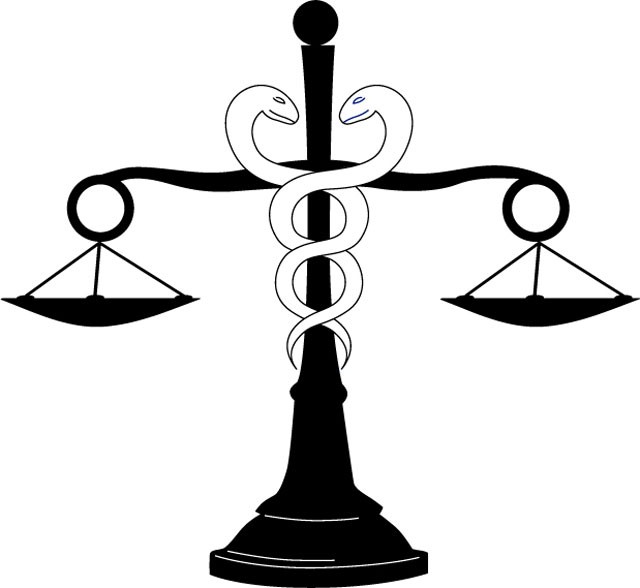 So, there we were last Wednesday in the throes of tropical depression (Debby did us, see), walking against the slapping squalls of reason and human decency while crafting theories about how this economic slump – and the requisite talks of austerity in the name of entitlements like Medicare and Social Security – was basically about to drive the whole world to suicide. Nobody cares about anybody else anymore, we whimpered. Society is dead! What fucking face are we supposed to wear now!

But then, in the surprise serendipity of a sunny Thursday morning, all of that changed with the drop of a figurative gavel: The Affordable Care Act was upheld (give or take some Medicaid concerns and political "tax" renaming of the mandate), and the deciding vote was from smug know-nothing Chief Justice John Roberts! It was, for some of us anyway, like the perfect cocktail on Christmas morning.

But we weren't, apparently, the only ones drinking. In addition to highly publicized gaffes by CNN, Fox and NPR (among others), all of whom initially misread the ruling as they rushed out bold headlines about Obamacare's failure, the biggest dish of public relations crow was served to none other than Florida Chief Financial Officer Jeff Atwater (who seems to keep a cache of press releases handy for every time his bowel moves, if you were to ask our inbox). At 10:10 a.m., Atwater smugly praised the "Court's decision to strike down the health care individual mandate" in his subject line, before going on a hyperbolic bender of flag-waving rhetoric.

"The Supreme Court carefully considered the constitutionality and appropriate legal argument associated with this overreaching piece of legislation," his quill nib quivered. "Ultimately, the rejection of the individual mandate is more than a legal determination; it is an upholding of the American way of governing and the ideals of individual freedom and liberty – the fundamental principles that shaped our nation and will continue to guide us into the future."

Oh, how our inbox laughed when a whopping five minutes later, it received another, somewhat dryer statement from Atwater: "Please disregard previous health care statement." Nope. You can't take back an email.

By 11:58 a.m., Atwater had tamped down his enthusiasm with a touch of obfuscation, "applaud"-ing the court's new "tax" designation of the mandate regarding the commerce clause or whatever. Still, his guns were blazing.

"I remain deeply troubled, however, that Congress and the Obama administration would use an issue of such importance to the American people to disguise their intentions to add further tax burdens on our fellow citizens," his rewrite read.

Gov. Rick Scott took a few hours to mull over his reaction, eventually spitting out some nonsense that the decision was "simply disappointing" in a prepared statement, while railing against "uncertainty and doubt" (exactly the same words we use to describe his face). By Friday night, he was telling Fox News that he wasn't going to implement it at all. Then, on Sunday, his office released another statement saying that Florida would join other obstinate states in not implementing "optional" programs like the insurance exchanges and Medicaid expansion. However, if the law is not repealed by Jan. 1, 2014, "Florida will implement and comply with required sections of the Affordable Care Act."

Locally, outside the Orange County headquarters of the Republican Party of Florida, an afternoon delight of chanted bullhorn protesting erupted on Thursday when about 100 progressives scared the living daylights out of the one scraggly woman working in the office. She ended up calling the police – who didn't mind the protest so much, as it was a peaceful affair at a strip mall – and then she called in some other Republican who demanded a police escort to get into the building. Nobody was hurt, of course.

But in Florida, there are even more hilarious repercussions than Obamacare conga lines. You may recall that last summer, state Rep. Scott Plakon, R-Longwood, managed to get a state constitutional question – Question One, even – on this November's general-election ballot. That proposed amendment would "prohibit laws or rules from compelling any person or employer to purchase, obtain or otherwise provide for health insurance." We reached out to Plakon for his take on where this latest development leaves his banner amendment. The answer: It's basically just a public poll now.

"Question One can't be removed; that question will be asked," he says. "If it succeeds, that could perhaps be used in a future legal case. I don't believe this is over yet." Also, he now gets to nail his Democratic opponent on "the largest tax increase in the history of humankind." Orange County Democratic Executive Committee Chair (and state Rep.) Scott Randolph finds the debacle kind of funny. Citing the clause in the ACA that allows states to opt out if they can guarantee coverage to all citizens, Randolph wonders how far Republicans will go with their health care grudge.

"Rick Scott and the Florida legislature would have to pass something more progressive than the individual mandate," he laughs. "Single payer, maybe?" If only!

While everybody was busy debating the Supreme Court ruling on the Affordable Care Act, the news about another important federal ruling got quietly shoved aside. On June 27, U.S. District Court Judge Robert Hinkle handed down a decision allowing the state of Florida to carry on its flawed and controversial voter purge. The U.S. Department of Justice, as you may recall, filed suit in court to halt the purge, claiming that it violated the 1965 Voting Rights Act, which prohibits states from enacting systematic voter-roll purges within 90 days of an election. Florida's primary election is scheduled for Aug. 14 – less than two months away.

Hinkle ruled that the law doesn't apply to non-citizens, and that since the state's purge was only targeting non-citizens, it was A-OK to scrub away. Hinkle, however, seemed to have missed the point – the reason this purge is causing such a stir is not because it might stop illegal voters from voting, but because the state is basing its purge on incomplete and faulty data that's got both legal and illegal voters getting thrown off the rolls. The state's logic has been that a few inconvenienced voters are just collateral damage in the larger fight to rout out non-citizen voters.

But maybe Hinkle didn't miss the point at all – in his ruling, he acknowledged that determining citizenship "is not as easy as the state would have it" and pointed out that the state's purging system had "critical imperfections" that had the potential to harm legitimate voters. Still, he refused to block the purge.

Gov. Scott's office issued a press release calling Hinkle's ruling a "common-sense" decision and said it supported what his administration has been trying to do all along. However, according to the Miami Herald, the state has "voluntarily stopped pursuing a longer list of voters it has identified as potentially ineligible" until it can get better information.

So a federal judge says the purge methodology is flawed. The federal government says the purge methodology is flawed and illegal. And the state is voluntarily backing off on its aggressive pursuit of the long list of alleged non-citizen voters it wants to use to conduct the purge, because it knows it needs better information to do this purge thing properly.

That doesn't justify putting a stop to it, at least until this whole ugly mess is straightened out once and for all? Excuse us while we go purge.