Dear Kendrick Meek, this isn’t easy for us, but we have something we have to tell you: We think you should take one for the team and get out of the goddamned Senate race.

by Billy Manes and Justin Strout 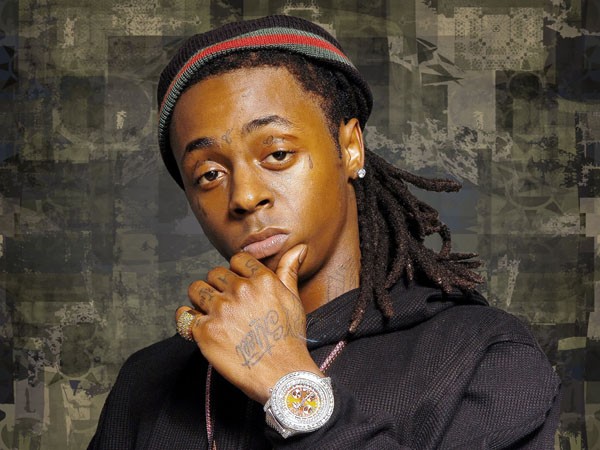 Dear Kendrick Meek, this isn’t easy for us, but we have something we have to tell you: We think you should take one for the team and get out of the goddamned Senate race.

Yes, we’re well aware that we tend to pile onto the panic sometimes, and we admit that we’re incredibly codependent in our political romances and their requisite squabbles, largely because the make-up sex can be so polemically gratifying. But on this occasion, on this particularly dark night of destitute rumination on what could have been, we’ve got to get this request off of our  caving chest.

We know this demand comes at the cost of many of the principles we stand for: democracy at large, the cat-scratch fever of uncivilized public one-upmanship in crazy, fast-edit font-play, the general queasiness of party-swapping, the spray tan of Charlie Crist. However, your poll numbers stalled out at 21 percent and you’ve got some heavy carry-on baggage stuffed with enough questionable deeds that it landed you on the Citizens for Responsibility and Ethics in Washington’s “crooked candidates” list this summer. So we’re not buying your schtick anymore. No, the airboat ad didn’t help. You looked silly.

We understand that you’ve had a particularly shit week, and for that we’re sorry. First, there was that quizzically sourced rumor in the Wall Street Journal that you were folding up your campaign and heading back home, tail tucked. You rightfully protested, and the Democratic Party machine meekly backed you up. Then there was a Kennedy – the one with the environmental leanings and the speech impairment – and then the star power of Arnold Schwarzenegger’s jockstrap. They both lined up behind your independent opponent Charlie Crist in what felt like a last-ditch attempt to save the state from  the inevitable.

Speaking of the inevitable, let’s talk about that: Marco Rubio. He is so favored to take this seat that the Republican Party literally tossed down its cards in a fit of laughter and decided not to follow up on its promise to spend $4 million in television advertising for his campaign so it can use that money on real races. We know it hurts to kick a man when he’s down, Kendrick, but all reputable polling shows that the only candidate with any chance of knocking Rubio from his upward trend is not you. It’s our sitting governor, Charlie Crist. He’s relatively moderate and he now likes gay people; he’s always been an environmental sort; he pulled a pro-teacher coup earlier this year; and he’s a guy who people are comfortable with.

Desperate times call for desperate measures, Kendrick, and our fear of a Rubio administration taking over during such an already abysmal year for Democrats has us thinking pragmatically. We’re not really sure we’ll even be able to believe we were capable of issuing this immodest proposal come Nov. 3, but we wish you’d save us from our oversteeped tea party future.

You’ve done a piss-poor job of convincing anybody of who you are by carving out the shadows of who you aren’t. And while vanity is as necessary to political candidacy as apple pie and rainbows, this playbook you’re operating from now (which includes a raffle for a photo-op with Bill Clinton, sheesh) comes off as a messy vain-crash. You can’t win, so please step aside and let somebody who can win do so. No, it never should have come to this, but it has. Maybe next time, Kendrick. Maybe  next time.

Speaking of things that probably aren’t going to happen, the moving goalposts of the Dr. Phillips Center for the Performing Arts and its groundbreaking (early next year, maybe) could be in – wait for it – trouble if an Oct. 15 New York Times report is anything to go on.

On Friday, the New Jersey Performing Arts Center in Newark – sort of the gold standard for the whole Orlando performing arts center push, back when this whole thing was even more figurative than it is now – announced that it would be expanding its reach into the power-skirt opportunism of real estate development soon. The plans for New Jersey include eight acres of surrounding breathing room and $38 million in tax incentives; also, the NJPAC is presently operating in the black and calling this move a positive one of diversification. That may not sound like a big deal, especially considering that DPAC ladyforce Kathy Ramsberger has often glittered her speech with sparkles of broad economic development, even if the current plans have the building basically sandwiched into an already overdeveloped downtown parcel. The devil, though, is in the quoted details.

“The arts centers that are going to be successful in the next decade or two are the ones that diversify their revenues,” NJPAC’s founding president and chief executive told the Times. “The basic economic model of presentations, ticket sales and fundraising is beginning to break down.”

Uh-oh. And we haven’t even broken  ground yet.

Oh, hey! There was plenty of feel-good hip-hop news last week (because that’s what we always cover). First, Atlantan T.I. talked a dude out of jumping to his death, and now rapper Lil’ Wayne has sent a letter to his fans (via the media) to let them know he’s doing just fine, despite being in solitary confinement over possession of an mp3 player and headphones.

But one rap fan, Nathanael Davidson, who goes by the stage name iNeyt  (pronounced “innate”), had a personal moment with Lil’ Wayne recently that, while maybe not cool enough to top T.I. the Negotiator, is still pretty amazing.

Davidson, a Miami native now living in Orlando, was stationed in Iraq back in August as part of Operation: Iraqi Freedom. A struggling hip-hop artist, he took to recording to alleviate his stress … something that’s not easy to do in the middle of the desert.

“There are many outlets available here, and my outlet is music,” Davidson wrote to Orlando Weekly. “I decided that I was going to continue chasing my dream of producing music and recording, but I didn’t have the equipment available. So what I decided to do, despite my surroundings, was to build a recording studio from scratch and order  recording equipment.”

Davidson went to a nearby wood-dump in Kuwait, where he was able to snag wood and power tools and went about building his makeshift studio. That’s where he began recording remixed songs and popping them onto his YouTube channel.

Feeling a sense of satisfaction, he decided to let his hero know what he’d done.

“I found the address where Lil’ Wayne was staying in prison and decided to write him a letter telling him how he was an inspiration to me, and giving him encouragement while he’s in,” writes Davidson, who now says he’s scheduled to return to Orlando in a few months. (His company recently lost one of its own, but he says they’re “holding their heads up high.”)

To Davidson’s surprise, Lil’ Wayne wrote him back. What!

“I was coming back from dinner one evening,” he writes. “My buddy threw me a letter and [I] looked at it and the sender section said ‘Carter.’ I was like, ‘Whoa!’ [Wayne] has uplifted the moral of a lot of the soldiers who have seen the letter.”

“I must thank you for always showing love and support,” wrote the rapper. “But I wrote this to tell you that your drive to do music is the exact tool needed for success. The studio, the surroundings, the situation are all key reasons for me to believe in you. And I do! Please don’t stop the music. It’s a life that never dies. I’d also like to commend you on what you’re doing for the country, soldier! Thank you!”

No, thank you, Lil’ Wayne. Our online reporting of this hot little number (thanks to it being picked up by New York gossip site Gawker) received more than 3,000 hits in one day. Everybody wins!