Rick Scott's never gonna give us up, Social Security's never gonna let us down, Linda Chapin's always gonna run around and deter us 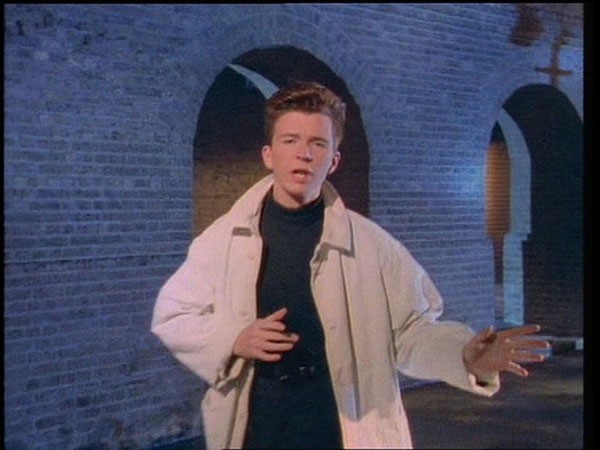 Well, it finally happened. After rubbing our Happytown HQ heads for months, trying to come up with a canon of cartoonish comparisons for the man who would become our dumb state’s next governor (hello, Nosferatu), we found ourselves speechless as we watched, mouths agape, as Rick Scott was (Rick)rolled out of the crypts of controversy and into the public gaze for his first press conference on Friday, Jan. 7. Even with the litany of vacant stutters, the reported press-corps orders to stay seated and mind the velvet rope, the gaming/gambling flip-flop (Scott was fer it Thursday, agin’ it Friday) and the frightening “We need to be more like Texas” rhetoric, it was hard to find any humor in that nervous 15 minutes of sweaty-headed incompetence. What we learned: Rick Scott is better than you because he has his own private plane, transparency is a slogan, not a right, and teachers are fucked.

Altogether more revealing, though, was the reiteration of last week’s appointment of two key agency heads: attorney and St. Joe Company vice president, Billy Buzzett, to the Department of Community Affairs and shipbuilding executive (and attorney), Herschel Vinyard, to the Department of Environmental Protection. The pro-business  move was universally heralded by the Chamber of Commerce as a stroke of political genius, naturally, especially because part of Scott’s master plan is to get rid of those agencies as we know them and consolidate all development concerns into one little administrative kiosk of “yes” stamps and incentive baskets. This is where paradise meets pavement, Joni Mitchell.

Anyway, not all conservation interests were pleased with the Buzzett choice. Dan Lobeck, a Sarasota attorney and president of the grouchy tree-huggers group Control Growth Now opined to the Lakeland Ledger that “If there were ever a case of the fox guarding the henhouse, this is it,” adding that growth management as we know it  is over.

Less convincing were the comments coming from more mainstream environmental groups. Eric Draper, executive director for the Audubon Society of Florida sheepishly referred to Buzzett in the Tampa Tribune as “kind of [representing] the greener end of the development community.” Manley Fuller, president of the Florida Wildlife Federation, told the same paper that Buzzett was a “friend,” though the kind of friend you sort of hate but sometimes fuck, or something. (Nobody seemed to know much about Vinyard except that at one time he was against offshore drilling.) Neither comment comes off so much as a valid assessment as it does tacit acceptance: a “Please work with us,” if you will. And coupled with Scott’s freeze on regulations – basically all “job-killing” regulations – maybe that kind of pinched-nose handshake is all they can hope for? It is.

In our gubernatorial exasperation, we took to our handy e-book of Florida statutes and typed in, for fun, “Recall governor, please.” Turns out Florida is not one of the 18 states that have voter-recall provisions for the governor’s office; only municipal offices are subject to mass dissatisfaction. This, dear readers, is the wrong Orange County for that kind of luck … and Gary Coleman is  dead. Sigh.

Every Friday we attend a random PowerPoint presentation to, you know, stay grounded. On Jan. 7 we finally happened upon one that didn’t tell us about updated company sexual harassment policy, but rather a program that would help disabled people get financial help and save the state some money without strangling public schools.

That day at the Center for Drug Free Living, employees of local social-services agencies were absorbing, at varying levels of passivity, a presentation about the SSI/SSDI Outreach, Access and Recovery (SOAR) technical assistance initiative. Though we don’t usually trust organizations that couch acronyms within acronyms, this one seemed legitimate enough, as they talked about how to help the mentally disabled get federal disability benefits. How? By helping them fill out their applications. Uncle Sam, as it turns out, is a perfectionist prick that likes to reject applicants based on undotted i’s and uncrossed t’s.

After the SOAR program was implemented in Miami, spokeswoman Cindy Schwartz says, the feds’ acceptance rate for disability-based aid applications jumped from 37 percent to 84 percent, and not only that, the average acceptance time fell from nine months to two.

Knowing that our calculating, heartless nature leaves us bored by stories of people  merely having their lives transformed, Schwartz was quick to give us the news hook: “Now, they’re on the federal dollar instead of the  state dollar.” She calculates that getting Uncle Sam to pony up rather than the Department of Children and Families has saved the state $6.9 million dollars since the program’s inception.

Schwartz for governor in 2014!

You might not believe it, but some people think we’re assholes. Most of the time we just let it roll off of our reptilian spines, cackling the crazy cackle inherent to self-possessed raconteurs dosed up on hyperbole. But sometimes, in a moment of weakness or awe, we pull down that imaginary mirror and stare into it and come to the conclusion that sometimes some people  are right.

Such was the case on the afternoon of Jan. 4, when a buzz came in on the red phone followed by our receptionist’s quizzical voice: “A Linda Chapin is here to see you?”

Our first thoughts were along the lines of, “To what do we owe the honor?” mostly because we’ve bumped shoulder pads with Chapin at a number of political events over the years, and she’s always been rather complimentary about our institutional contrariness. Chapin’s a seasoned Central Florida personality –  a former chairwoman (or mayor) of Orange County, an almost-winning Democrat for the District 8 U.S. House of Representatives seat a decade ago – and she continues to be everywhere that anybody who matters is on the region’s political landscape. Why the heck would she be driving down our part of Colonial Drive and coming up in our elevator?

Well, it’s because Chapin, a noted firecracker in that Southern Lady tradition, was pissed. In her hand she clutched a printout of a Happytown™ item straight out of our Dec. 30 issue, and in her eyes she held the power to reduce us to dust. Seems Chapin, who sits on the board of the Dr. Phillips Center for the Performing Arts, took none too kindly to our assessment of the recent financial struggles of the arts center, and she wanted an audience to hear her dismay. First and foremost, we are “mean,” she said in reference to our characterization of DPAC head Kathy Ramsberger as “a bottle-blonde party princess” with a “pulled face.” We immediately noted that we, too, are fond of both bottles implied in the first instance, and didn’t necessarily mean that Ramsberger had her face surgically pulled. Still, it was mean. But Chapin wasn’t through.

“At least get the facts straight. Why don’t you come down and spend a couple of hours with us?” she said.

“We have. Several times,” we shuffled our feet and stared at the floor.

“What do you expect us to do? Just drop the project altogether?” she fumed. To her credit, Chapin retained a smile on her face the whole time, and no, we didn’t answer that  last question.

Ostensibly, Chapin had just exited the Jan. 4 Orange County government inauguration ceremony at the county convention center’s Linda W. Chapin Theater – where DPAC reps sported orange buttons to promote their project and win county financial support – to come and give us some Linda W. Chapin theater . Which is awesome. But on the other hand, we totally see most of her point. So, we’re sorry Linda (and Kathy). Also, we’re glad you aren’t Rick Scott.