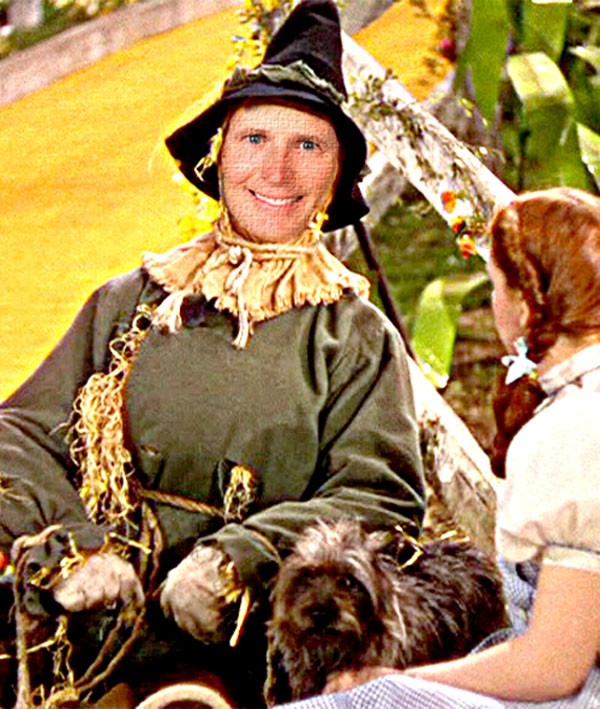 We were expecting the lion.  When the haunting personage of the man who would be king (or at least governor-elect), Rick Scott, first appeared outside our rattling railcar to the apocalypse, the general tendency was to recoil at his potentially frightening demands on the not-so-great state of Florida. “Let’s get to work,” was his slightly dictatorial campaign slogan, but the glimmer in his sunken eyes suggested something more nefarious: mandatory sit-ups at 4 a.m., pleated khakis, the prevailing sense that somebody with a blood-soaked baton would always be over your shoulder glowering. Sure, he would probably  reveal himself to be lacking in “courage,” an oversight that would lead to tedious conversations on roads paved in yellow brick, but he was still a fucking lion, right? Well, the past few weeks we’ve watched Scott wheel into this public handshake and out of that one, face devoid of any emotion other than those that look like a “hum” or “duh,” and it’s become obvious to us: We got the scarecrow.

In the months leading up to Scott’s anointment, everybody’s favorite defrauder of Medicare made it a point to sign on with whatever grumpy Republican coalition was willing to turn its powdered nose up at federal stimulus dollars. Free market would be the new name of the game in the Sunshine State, and that includes $2 billion for the amazing new railroad sash to wrap Florida’s midsection: the Tampa-Orlando high-speed rail project. He may have only committed to the pat “I’ll have to look at it more closely” stance peculiar to new politicians who’ve never looked at anything, but his supporters heard it as “I hate communist trains!”

On Thursday Dec. 9 – just one day after SunRail won its indemnity battle against Amtrak – it would seem that Scott lost some of his anti-railroad steam. Preempting a U.S. Department of Transportation announcement that Florida is getting $342 million for the high-speed rail project – thanks to the fact that real Republican governors in Ohio and Wisconsin rejected the federal funding – U.S. Rep. John Mica, R-Winter Park, and his hairpiece popped up with just the right shiny things to distract Scott’s  pliable gaze.

“This strong commitment will help make certain that the state and local community governments and taxpayers are not left on the hook for completing construction or subsidizing future operating costs,” Mica, the new chair of the U.S. Committee on Transportation and Infrastructure, declared in a statement. “It is now essential that the private sector step up to the plate and submit proposals that cover any gap in funding the balance of the estimated $2.7 billion project.”

That gap, if our math is to be believed, would be a paltry $360 million. To his credit, Scott has yet to say anything more than the same old gibberish about judging the project’s feasibility “in terms of return to Florida’s taxpayers,” according to the Associated Press; also he needs to work out that whole private investment thing. But given the substantial pro-rail smoke blowing of Mica and incoming Florida House Speaker Dean Cannon, you can expect any and all straw-man objections from Scott to disintegrate on the tracks. You can’t stop a mixed-message Republican, just like you can’t stop a speeding  train, scarecrow.

And now it’s time for another  edition of What’s Up With Alan?™, our attempt to keep you up to date on the comings and goings of Orlando’s favorite (outgoing!) congressman, Alan Grayson!

This week’s installment finds Alan going not-so-quietly into that great night with a couple of television appearances that might or might not have implied that Grayson remains both an unpleasant ideologue and a political powerhouse. In fact, he may be president!

At issue was a Dec. 8 appearance on MSNBC’s late night finger-wag, The Last Word with  cuddly socialist Lawrence O’Donnell. Grayson was invited on because he signed a strongly worded letter to President Barack Obama ribbing him for bowing to wealthy Republican rhetoric on the tax-cut-extension issue. There’s a fire on the left! You know  the drill.

Anyway, O’Donnell took little time (and much apparent glee) in crushing Grayson’s theoretically detached opinion on the issue – basically that Democrats should keep pushing til they get what they want, no matter if the tax cuts and unemployment coverage run out in a few short weeks. It’s all a matter of principle, Grayson mugged.

“Wrong, congressman!” O’Donnell’s pupils dilated. “Stop there!” Then he went on to dress down Grayson, ending with “Stop. Be an adult about this,  congressman!”

“This is supposed to be the intelligent network,” Grayson barked.

Grayson chuckled uncomfortably for a seeming 36 hours over the suggestion before dismissing it as a “distraction.”

Obama “has to learn to be the president we voted for,” Grayson said, blood dripping from the corners of his mouth. Consider yourself warned!

But not warmed. Though temperatures are dipping to near-freezing levels, you can still pull up to the Baywash building on the corner of Semoran and University boulevards and have your  car washed by attractive young women wearing bikinis.

“People tip better when it’s cold, because they feel bad for us,” says 18-year-old Lauren Tipton, who, on the day of our visit, donned a pair of black leg warmers in addition to her traditional garb.

Though the women are allowed to wear jackets and sweatpants when it gets colder, rest assured, the bikinis are on underneath – it’s company policy. Yet the power of imagination isn’t strong enough to maintain the  mostly male customer base during the winter. According to Tipton, in winter the car count is only around 10 per day, down from 60 in the summertime.

Still, the warm-blooded business refuses to hibernate. “People still need their cars washed,” Tipton says. Baywash owner Steve McMahon goes a step further, suggesting that bikinis or not, some of his clients wouldn’t want their cars washed by anybody else. “We have a high-end clientele [because] the girls have a reputation of doing the best job in town,” he says. (The most basic wash costs $10, though women only pay half that. Tipping is encouraged.)

McMahon and his employees operate out of a car wash port next to the Citgo gas station across from Aloma Elementary school. (The gas station abandoned the port after repeated and costly malfunctions of the automated wash system, which performed poorly even when it was working.) McMahon says that by Friday of this week, the building will have doors, windows and a heating system installed, as well as benches lining the inner wall so that clients can get a better view of the action. “It’s going to be up close and even sexier,” he says. “The interior vacuum is the sexiest, because they have to crawl inside.”

McMahon is also planning on stretching his usual closing hour (7 p.m.) to 11 p.m. on Fridays and Saturdays next month for “Baywash Afterhours,” where there’ll be music, blacklights and law permitting, a few tipsy employees and customers. “We’re going to have sort of a car wash club scene,” McMahon says. “The girls will be a little crazier.”

We asked McMahon if the wash’s relatively hedonistic environment had attracted much criticism. “Believe it or not, even with the school right there, and the Christians the way they are, no, not really,” he answers.

Baywash does, however, come under the eye of those sitting in cars parked nearby for a suspiciously long time. “We get the occasional creeper,” Tipton says.

In response, McMahon is planning to add the footnote “We See You” to Baywash’s new signage. “Like a scarecrow in the cornfields,” he says.