The city racks up more philanthropic arrests, the mayor tends to the million-dollar fountain and the police chief shuffles away. There must be something in the water! 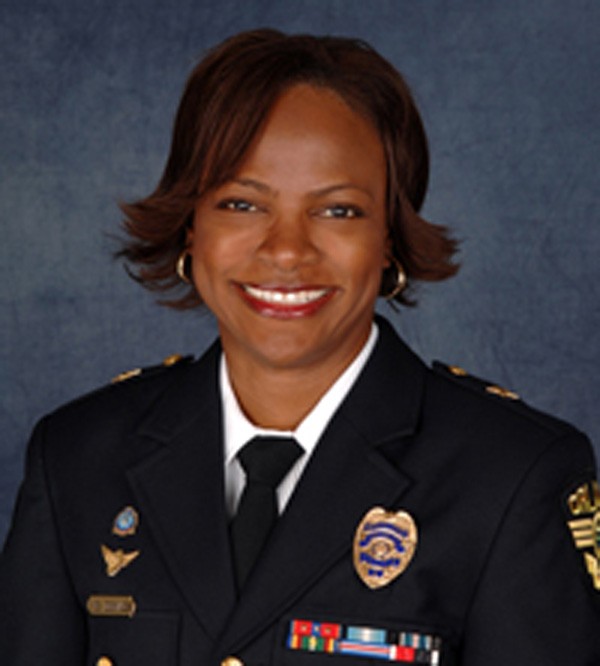 On June 8, the City of Orlando cracked down on rogue mass feeding at Lake Eola Park for a third time, and to seasoned spectators, there was an emotionless expectancy borne of routine. As usual, the group Food Not Bombs doled out its vegetable medley to the homeless and destitute. As usual, Orlando Police Department Detective Rich Ruth was there, in blue jeans and a baseball cap, videotaping volunteers handing out slices of watermelon. (When asked if he was a police officer, Ruth began with a standard denial, then cut himself short and said, "No, I'm with OPD. I am … It's pretty obvious what I'm doing.") And per the city's pattern of late, a handful of young activists – five, to be exact, ranging in age from 17 to 27 – were led away from the park in handcuffs by a group of white-helmeted OPD stormtroopers (or bicycle officers) after it was determined that the young activists had each handed out food to more than 25 people without first obtaining a "Large Group Feeding" permit.

The arrests brought the one-week tally of food-related arrests at the park to a dirty dozen (that is, until three more were arrested on June 13), and though the operating procedure of both Food Not Bombs and police was unchanged – when the bike cops arrived, one volunteer put his hands behind his back unprompted – it was everything that occurred around the event that merited attention. Take, for example, the new recruits to the cause, such as the middle-aged and completely normal-looking Connie Bolak, who stood outside the park along with veteran activists including Food Not Bombs cofounder Keith McHenry. "Instead of arresting them, they should be giving these people an award, or a pat on the back," Bolak said.

Then, there's the Food Not Bombs groups sprouting up across the state in response to the standoff, such as the month-old Tarpon Springs chapter, which supplied two of the arrestees. And between the ricochet of headlines about Our Odious Ordinance, one can hear the faint squelch of our city government plunging the knife deeper and deeper into itself, playing a doomed game of political risk like so many Middle Eastern strongmen of late. While we're on that topic, we should mention that the anonymous hacker collective known as the People's Liberation Front, which carried out cyberattacks against the authoritarian governments of Tunisia and Egypt, sent this message to the City Beautiful on June 9: "Your recent arrest of Food Not Bombs activists is the line in the sand, and the Peoples Liberation Front will tolerate no more. Tomorrow morning, at precisely 10:00 AM EDT, the forces of the PLF will remove the Orlando Government web site from the Internet. It will remain a smoking crater in cyber space for exactly two hours, when we will give the cease fire order and allow it to return to normal function."

But the city's website hummed along well past the 10 o'clock hour. (Around the same time, the small Oklahoma town of Orlando probably wondered why its Internet service wasn't working properly.) Despite the cyberspace bullet our city dodged, however, the threat to its tourism dollars and its public image is very real – on June 6 the United Kingdom's Daily Mail, which reaches more than two million people monthly in that preciously pallid reservoir of tourists, described the issue thusly: "Good Samaritans ARRESTED and facing jail ... for handing out food." Wish you were here!

Unremarkably not there forWednesday's digestive shakedown was newly emaciated Mayor Buddy Dyer. He and Commissioner Patty Sheehan – former progressive, current liker of nice things – embody the warm glow of the throbbing soul of the fuck-you feeding ordinance. There would be no word of it the following day – the mayor made it clear on the television machines that he thought them damn hippies were "food terrorists" anyway, so there's no capping that kind of cautious hyperbole. Instead, Dyer and Sheehan, like Skipper and Gilligan before them, decided the kind of civic rancor they had wrought was in need of only one thing: a motherfucking boat!

The occasion was a hilariously timed photo-op for the troubled municipal duo (they're both up for re-election next year, voters with consciences) as they put the finishing touches on their $1.6 million renovation of the goddamned Lake Eola Fountain. We arrived thinking it would be just a stand-there-and-frown situation, but (following some odd nonsense the mayor told us in confidence about "being confused for a bear" after so many gay events lately) he informed us that we, the media, would be riding a rickety little shanty boat out to the lightning bull's-eye water feature with him. Oh no.

You know that feeling when you're stuck in an in elevator with somebody you hate and you really have to pee, but you might just pass out instead? It was like that. Once we traversed the soupy muck of the lake that's too good for needy people to eat next to, journalists with giant cameras, and those of us who do journalism on our iPhones alike, were treated to some good old-fashioned political pantomime. The mayor with a drill! Sheehan with a wrench!Us with a gun in our mouth!

"We're building this for 100 years, not for 50 years!" proclaimed the mayor, adding that because the city went for its cheapest refurbishment option, the fountain would be "the same, but better."Uh.

"The last time I was here you could still smell the smoke from the lightning strike," declared Sheehan, who, when faced with the elaborate hinky-dinks and whatchamacallits that will inevitably make the whole thing light up like a pyrotechnic middle finger to the poor on July 4, added, "This beats the on/off switch!"

Also, secondary-metal aficionados with a penchant for pawning scrap should not be informed that the fountain is literally bejeweled with lustrous, expensive copper. Once upon a time, somebody stole some piping and July 4 was ruined, Sheehan pointed out. Poor dears.

Nobody at any time mentioned that $1.6 million could roughly provide one million meals for the homeless or more than two million pounds of potatoes. And, for the record, just about everybody we saw at Lake Eola Park on Thursday afternoon was a homeless person (one reading Happytown!), so at least the mayor and commissioner had a captive audience.

If you're a faithful Bloggytown reader, you know that on May 3, Orlando Police Chief Val Demings suddenly announced her retirement, three and a half years after becoming the city's top cop, leaving local TV reporters to speculate wildly over her future plans. Mayor?Congresswoman? PRESIDENT? "You are way too young to retire, obviously," cooed WESH-TV's Gail Paschall-Brown.

The Patrol Division's punchy Paul Rooneywas announced as Demings' replacement, and on June 9, in a regal ceremony at the Amway Center, that changing of the guard was made official. We'll have plenty of time to spend with Chief Rooney in the future, we figure, so why not look back on Mrs. Demings' career as Orlando Police Chief?

Our fondest memory of Val dates back to March 2009, when her pistol was stolen out of her city-issued car, an incident that went unreported for weeks, until a tipster alerted the Orlando Sentinel about the theft. Shortly afterward, a website sharply critical of Demings, operated by former city commission candidate Ezell "E-Z" Harris, went live online. The site, plainly titled chiefvaldemings.com, angered Demings so much that she threatened to sue Harris for defamation. The issue died down when Harris stood down, but he resurfaced in the headlines in November of that year, after he was booked into jail on charges of trafficking hydrocodone. Hmmm ...

Anyway, that's all we remember – oh yeah, there was her defending the officer that broke an 84-year-old man's neck – but we hear that she did a fine job as police chief, and to her credit, she bowed out before she was in charge of the men handcuffing young activists, perhaps as you read these very words. Touché, Val!