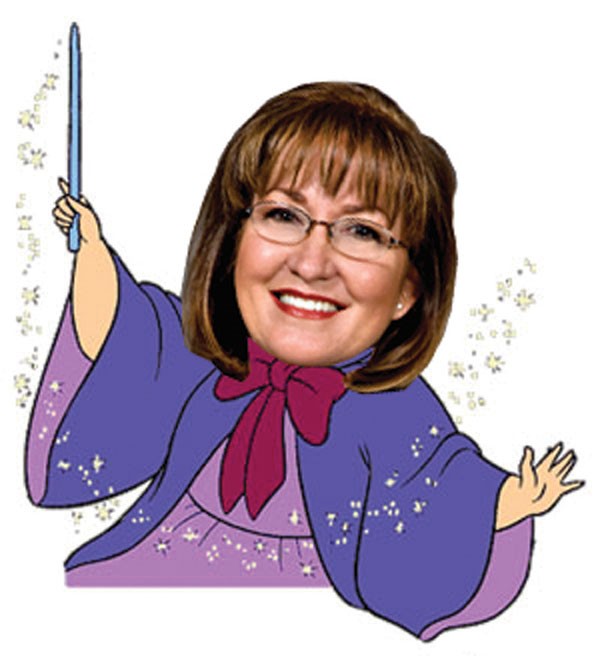 Love is in the air, traveling like a communicable disease-laden breeze of phlegmatic infection dead set on tempering your next utterance with illness. And because politics is forever a rumbling Petri-dish of wayward microbes, it seems only fitting that last week brought with it a political stunt with antibiotic leanings. The occasion was the first big-boy appearance by little man - and Florida Senate President - Mike Haridopolos as he began to stage his Lego ladder to Washington, D.C., by way of Democrat Bill Nelson's descending U.S. Senatorial space-shuttle seat. Haridopolos pulled an Orlando "flyover" fundraising stop on Thurs., Feb. 3, imploring his gathered minions (including "No-Name Club" rabble-rouser, attorney Fred Leonhardt, natch) to go ahead and pre-write those required $10,000 checks before even entering the Orlando International Airport Hyatt Hotel for a make-believe salad. Everything above board! No hijinks or airborne ethical germs here! Except it was a so-called "private strategy session," so nobody real was allowed in.

Haridopolos, according to http://saint petersblog.com, raised about $1 million on Thursday - Nelson already has $3 million in the bank - but he also raised his coiffed profile. The other half of our favorite topical comedy troupe CannonHair™, Florida House Speaker Dean Cannon, R-Winter Park, popped out of a cake labeled "Surprise!" and issued his endorsement. Scattered development interests and lobbyists shuffled around in a back-pat line-dance. It was our little man's big day!

Until reality set in, that is. In a triumph of guerilla politicking, several progressive groups anticipated the fanfare and launched their own bit of comedy in the direction of Haridopolos. First, there was the website, www.DirtyHari.org, a "one-stop shop for what Floridians need to know about Senate  President Mike Haridopolos," according to a press release. For now, those things are what we already know: that Haridopolos screwed up his financial disclosures, took an overpaid side gig with University of Florida, virulently opposed health-care reform and keeps a staff of double-dipping public employees. More dirt is expected as more dirt presents itself.

Which is fine, because we happen to be in possession of a brand new bottle of DirtyHari.org hand sanitizer! It's green and it has a blond Haridopolos wig on it! The pointed piece of swag was developed by Progress Florida and Florida Watch Action (and countless Chinese orphans) as a means of getting the ethics point across at the Haridopolos event. Sources tell Happytown™ that the six-inch bottles could be found in all of the bathrooms surrounding the super-secret fundraiser, and that, in fact, one found its way into the slimy hands of a Haridopolos employee. Reportedly, Haridopolos denied it ever happened, and decided to hang his press-release wig back on the fact that he made $1 million appear out of thin air. Cough. We think we're getting sick.

Speaking of minglepuss contagion, we've been hearing rumors for more than a month that somehow Queen Teresa Jacobs from the County of Orange was on the verge of waving her right arm in a pixie-dust flourish and saving the ill-fated Dr. Phillips Center for the Performing Arts from almost certain oblivion this month. That's weird, we thought, because even you'll recall the mimeograph lashing that Jacobs unleashed on DPAC interests last month when they came a'groveling for a $30 million "bridge loan."

"The voters gave me a mandate, I believe," she wrote in a memo on Jan. 11, "to protect the county's financial resources and to limit the county's burden on taxpayers," adding that, if anything should change, she'll letcha know, k?

DPAC goddess Kathy Ramsberger immediately responded with press-aware salve ("There are media stories surrounding this issue," she wrote supporters in an e-mail) that everything was going to be fine, options would be evaluated, Rome would not fall.

The intervening month has brought the published admission from Orlando Mayor Buddy Dyer that maybe the operations budget for the project was untenable, a little tête-à-tête between us and DPAC board member Linda Chapin, some nervous donor chatter and nary a peep from a groundbreaking machine on the empty lot across from City Hall. So what exactly does the county have up its sleeve?

Well, to begin with, tourist development taxes have been on the incline - Hogwarts! - pushing the county to raise its own expectations for fiscal year 2011 collections by 14.5 percent, or $20 million. Surely some of that could be filtered toward the $130 million the county promised the city for the project (of which it's only so far paid $10 million), right? Time for a little number shuffling?

"If you open the interlocal agreement, you have to open the whole can of worms," county spokesman Steve Triggs says. "I don't know if there's any appetite to do that."

That can of worms could also involve the green-coated jocks of Florida Citrus Sports sticking their size-12s back into the huddle and arguing to bump-up the forever-extended Citrus Bowl improvements. As a commissioner, Jacobs was responsible for making sure that DPAC had firsties on any extra TDT cash (you know, back when it was about art); clearly, she wouldn't change her mind. Not likely, says Triggs. For now, county staff is "putting [the agreement] through a fine-toothed comb" and looking for whatever construction or contractual holes might be in the fine print.

"There might be more on this next week," he told us rather ominously on Friday. In related news, the world is going to end next year.

After we reported last month about a database that keeps track of the homeless (which contains the information of 86,000 people), we found ourselves ranting about "secure sockets layers," seeing green strings of 0s and 1s, and hesitating a little longer before texting "FREE" to Pollo Tropical. The upside of our awakening to The Matrix, however, was that our antennae were also more sensitive to newsworthy database developments, including most recently, Orlando's participation in the Crime Free Multi-Housing Program.

The concept is simple: If you get arrested for a violent crime, you can be evicted, thanks to a regularly updated database of criminal events populated by police and supplied to apartment managers participating in the program. Once that scarlet e-letter of a felony is attached to your name, you'll be barred from living in any complex featuring the seal of approval from the International Crime Free Multi-Housing Program, a nonprofit that started in Arizona in 1992 and has spread to more than 2,000 U.S. cities and a handful of wildly diverse countries, including, we shit you not, Afghanistan.

To have access to the database, however, apartment complexes must first meet the nonprofit's standards on everything from peepholes to deadbolts to parking-lot lighting. The latter, we hear, is the "key" to making an area safer, and thanks to God's cruel design, is also the hardest to afford. "Lighting is not cheap," Officer Derwin Bradley, the Orlando Police Department's lead man on the program, told us. "It's 10 to 15 grand to even think about improving lighting."

We can hear the hamster wheels creaking in your head. You ask: Was the program unveiled not in a shoddy complex in a high-crime area, but a gated community near, say, an upscale mall, featuring spike strips and putting greens? You've got it! Against the backdrop of an expansive pool at the Fountains at Millenia, on Feb. 3 OPD awarded its first crime-free certificates to seven Orlando apartment complexes, one of which features "Country Club" in its name. After the conference, we asked Bradley the obvious question: How would shoddy complexes in high-crime areas afford to make the necessary improvements to qualify for this boutique crime-stopping database?

"That's a good question," he replies, and tells us that he'll be petitioning high and low - the city, the county and even Uncle Sam - for some grant money. Pony up, Buddy!