Unions get smart (and angry), gays get benefits (and ridicule), UCF hates environmentalists (and trees) and can somebody make Gary Siplin go away? Please? 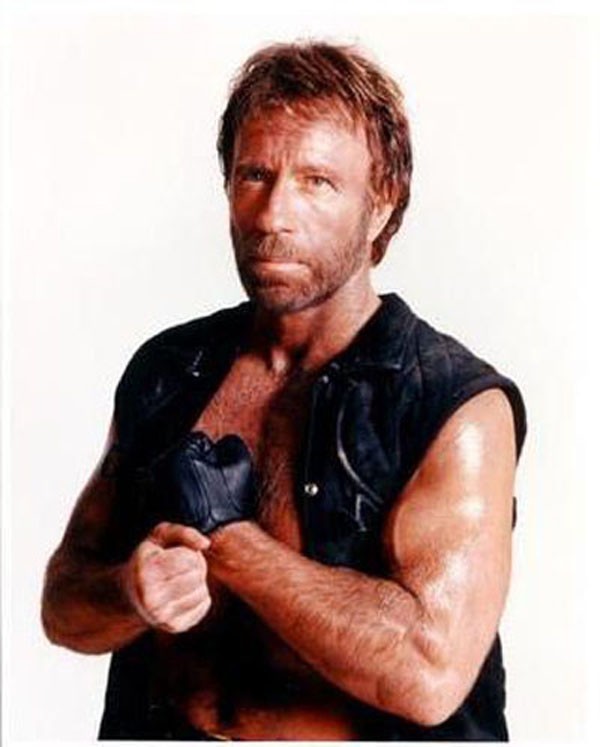 It wasn't exactly the symphony of rhyming chants and body odor we might have expected in the wake of this year's union fondue party in Wisconsin, but we'll be damned if the pushback displayed outside of the Orlando Regional Chamber of Commerce building downtown on Thursday, April 21, wasn't impressive. You've probably already heard the skinny - state legislators are carrying the chamber's scented water up in Tallahassee in trying to ram through a bill that would forbid the automatic removal of union dues from the paychecks of the already weakened Florida union faithful. Sounds harmless, right? They can pay their own dues, ooh-rah!

But because this is Florida, and because this is now, the motives behind the legislation are just another painfully transparent Republican chess play in an ever-worsening attack on organized labor and public employees. Why else would the chamber be running advertisements including fake public employees stressing out about making ends meet following their automatic deductions? The chamber is for old white men who eat public employees  for breakfast with an anti-regulation chaser. Burp!

Fortunately, representatives from just about every union allowed to exist in this right-to-work state - AFSCME, AFL-CIO, SEIU, the police, the firefighters, the teachers, their attorneys, among others - were able to muster what's left of their solidarity for a spirited afternoon announcement: If you're going to fuck with us, we'll fuck you right back in that little spot that still hurts - your pocketbook.

"This is what democracy looks like," read one of the many signs that are starting to get a little dodgy during an era when sane people are being forced to protest in the streets daily. The message behind the signs was more salient, though. Five area banks - Bank of America, Wachovia, PNC, Regions Bank, SunTrust - with comfortable seats on the local chamber's board would soon be faced with the closing of all personal and business accounts associated with the union organizations and their angry rosters. How much could that hurt? According to Steve Clelland, president of the Orlando Professional Fire Fighters IAFF 1365, each rank-and-file member could have from $10 to $10,000 in said banks, and some 50,000 unionites in Orange County are being encouraged to make the leap out of the big banks and into local banks and credit unions. Larger numbers peppered the choreographed microphone handoff peaking at somewhere around $10 million for the more than one million public employees in Florida, but even that number could be too small of an estimate. "It's hard to quantify," added Clelland, who says he's hoping that this is just a start, a shot that will be heard around this failing state. "There is nothing more American, nothing more free market" than kicking the chamber in its bullion balls.

For its part, the chamber played right into the jerk role that had been painted for it, with Florida Chamber spokeswoman Edie Ousley calling the workers "desperate" proponents of "bully tactics" in the Orlando Sentinel; the organization's president, Mark Wilson, went one step further, suggesting that 100 of these serial gripers get an all-expenses paid trip to Economics 101. Hey Mark? What part of that class makes it OK for the local chamber to basically live rent-free on city land? Did we miss that day? Fuckers.

Speaking of coital concerns, there wasn't a whole lot of that talk going around when the Orange County Board of Commissioners unanimously - and finally -  voted to approve same-sex domestic partner benefits at its April 19 meeting. Sure, there was some talk: an expected cry of "sodomy!" from one lone sad person named "Chuck Norris" with a Jesus bone to pick, an unexpected (allegedly behind the scenes) reference by a certain fey member of Mayor Teresa Jacobs' staff that gay men are loose , so they should have to settle down for six months before milking the county's health insurance teat. Mostly, though, it was the prideful knockout that everybody was waiting for, according to former Commissioner Linda Stewart, who has been fighting this battle for all of eternity. In fact, the discussion went even further, suggesting that the county might draw up a domestic partner registry. "It could have been worse," Stewart says, adding that there are still a lot of kinks to work out with the county's ancillary operations, like the sheriff's office and LYNX. That's OK. Gay people are apparently rather kinky.   It would appear that the Uni- versity of Central Florida isn't about to hug a tree anytime soon. Consider (again!) the university's quiet lunge for the Arboretum, a piece of land currently under protection by a state conservation easement and the only undeveloped part of the campus "core." Well, for now.

Last September, the university asked the St. John's River Water Management District to release the easement on that prime 7.85-acre patch of land, offering a 10-acre parcel at the eastern edge of the campus as a replacement. Students have since made it clear that they're not hip to the deal - the Arboretum is used for outdoor classes and hosts a popular organic vegetable garden maintained by student volunteers; the proposed replacement is a swampy parcel of land that the university had already set aside for conservation and would be difficult to build on even if UCF wanted to.

In November, environmental activists delivered roughly 1,500 student signatures to the St. Johns Water Management District affirming the student body's opposition to the move. Then, during student government elections in March, more than 87 percent of voting students ticked the "yes" checkbox on a referendum to continue conservation of the area. Finally, on April 1, UCF was awarded the "Tree Campus USA" distinction from the Arbor Day Foundation, but the ceremony was met with a protest from students who called the award hypocritical and brandished a banner that read "Save the Arboretum."

And according to St. John's compliance manager Bill Carlie, the university is about to get what it wants. The university sweetened the deal late last year, adding 6.5 acres to the proposed replacement; that and other factors were plugged into a complex "mitigation assessment" formula which spit out something that resembled a green light for UCF. "It's not about whether this is the right thing to do or the wrong thing to do," Carlie says. "This is a proposal that meets the law."

Samantha Ruiz, president of UCF student group I.D.E.A.S. (profiled on page 10), says that activists plan to bombard St. John's with phone calls. Naturally, she has some words for UCF as well. "It's not the greatest of calls for the university to ignore the student body," she says. "We're the reason why the university is thriving."

Does State Senator Gary Siplin need a progressive intervention? State Democratic party brass and liberal activists think so. In addition to other conservative political maneuvers, Democrat Siplin recently voted yes on the Republican-controlled Senate's budget, which features cuts so deep that even Gov. Rick Scott couldn't get on board with all of them. According to Amy Mercado, chair of the Orange County Democratic Executive Committee, county Democrats are now "reaching out" to Siplin to gauge where he stands. "It's just not clear where he's going with certain things, and why," Mercado says.

In addition, after the state legislature's passage of a bill that cuts unemployment benefits by at least six weeks, activists from the liberal group Working America went door to door in Siplin's district, asking for handwritten letters asking the senator to openly oppose the deal, lest he vote on a companion bill in the Senate. On April 19, the six-inch-thick stack of letters was delivered to Siplin, accompanied by a personal visit from another liberal group, Florida New Majority, who essentially demanded that Siplin address his constituents publicly.

He did so two days later in front of his office, albeit for roughly two minutes and one TV camera, his voice largely drowned out by the sound of traffic of Pine Hills Road.

Let him go, Dems. He's obviously not that into you.