In which Mike Haridopolos confuses himself into a lawsuit, Rick Scott confuses state universities for idiots and the gays are about to be less confused – legally speaking – in Orlando. A ball of confusion for everyone! 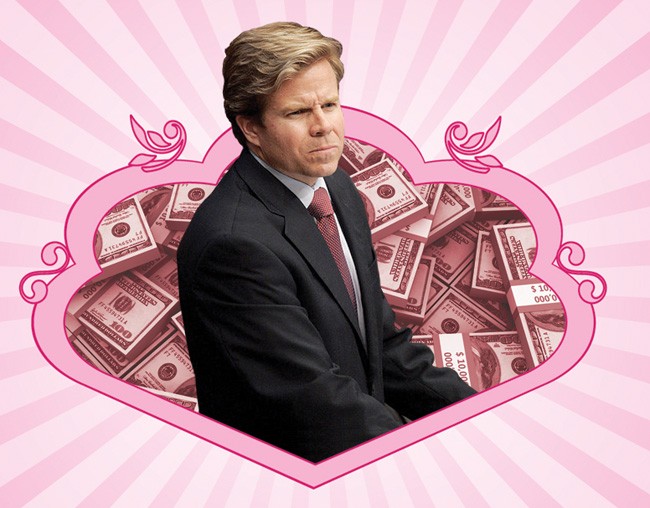 While we spent the better partof last week alternately overindulging in pre-chewed casserole cuisine and stabbing forks into our eyes-too-big-for-our-stomachs, it seems that Florida’s most punishing gluttons – the Republican legislature and its gold-lined turkeys of doom – were mitigating more pressing controversies than mere digestion. And we thought our infighting fat families were awful!

In what will forever be known as the wonkish back-and-forth that nobody seems to care about anymore, Senate President and beauty consultant Mike Haridopolos was thrust into the melee of the Republican Party of Florida’s wild (and allegedly illegal) fiscal ride, credit cards a’clankin’. Just days after being quietly deposed for former RPOF Chairman Jim Greer’s retaliatory civil suit aimed at challenging the jury trial that Greer is facing early next year for criminal misdeeds, on Nov. 22 Greer amended his complaint to include not just the state party and Greer’s temporary replacement, Florida Sen. John Thrasher, R-Jacksonville, but also our favorite blonde gnome, Haridopolos. Why? Because Haridopolos isn’t very good at depositions or telling the truth.

According to the News Service of Florida, Haridopolos grunted the following bon mots to Greer’s attorney: “Jim Greer was incredibly unpopular. Most people viewed him as incredibly arrogant. We viewed him as a person who never raised money and always spent money. So, our goal was to have him leave the party because you want – we wanted a new chairman who would do better job and get the base excited again as opposed to – clearly the base was dissatisfied with his performance.”

What? A couple of key points here. There was a time when Haridopolos – and his CannonHair™ cohort, House Speaker Dean Cannon – were praising some of Greer’s leadership tactics, that is, until everything popped like a Charlie Crist-shaped balloon. Also, there was apparently a severance agreement that Haridopolos signed, which would probably have swept this whole controversy under the rug (if Greer hadn’t been nailed with corruption charges that probably apply to the whole damn party) and handed Greer $123,000 to just walk away – though Haridopolos now claims he didn’t actually read said agreement before signing it. (“I’m not a lawyer,” he said. “So I didn’t read the contract.” Genius.) Also, last year Haridopolos lied to the Miami Herald, telling the paper that he had never even heard of the agreement, much less acted on it. Now he admits that he thought it was confidential. Add to that the fact that Greer is alleging that the RPOF offered him $200,000 in hush money to stop the $5 million civil suit, and this whole thing stinks worse than a week-old turkey stuffed with Republican hot air. Don’t sniff the right wing!

We never thought we’d say this, but we cannot wait for the state’s legislative session to begin in January! Why? Because we’re hoping that Gov. Rick Scott will have more to do. No, we’re not referring to “DJ Govvy Gov,” nor any of his other embarrassing “Let’s Get to Work Day” role-playing escapades, for that matter. We’re more concerned about the governor’s newfound hobby of torturing public universities during the weeks when they’re at their busiest. In mid-October, around the time Scott chose to publish the salaries of every employee of the state university system (even though that was already public information), he also quietly sent a three-page letter to all public universities in the state of Florida. To be more accurate, it was a homework assignment,comprised of 17 questions, lettered A through Q, to be answered within a period of a month.

To understand why the University of Florida provided a 752-page document in reply, it’s necessary to take a look at the questions, which you can find in the online version of this story. Scott’s interrogatories range from the cornering (“What studies has your university done in the last three years to ensure your graduates are meeting the needs of your employers?”) to annoyingly data-intensive (“Please send me a job description, total wages, number of courses instructed and measurable goals for the fifty highest-paid employees for each of the last three years.”) to maddeningly narrow-minded (“Do you have measurable goals for the number of graduates who remain in Florida post-graduation? If so, please send me the goals and the results for the last five to 10 years.”). Couldn’t this have been saved until the summer? And can someone explain to the governor that not all professors speak in binary?

Apparently not. In recent weeks the state’s universities begrudgingly coughed up volumes of data, and the Sunshine State News, a Tallahassee-based news outlet, has collected the responses. Florida State University’s baby weighed 26.3 megabytes, which, for an Excel spreadsheet, is pretty massive – and even more staggering, considering that there’s also 479 pages of supplementary documentation. The University of Central Florida’s response, on the other hand, is a mere 195 pages. Whether that’s due to concise writing or half-assed data collection is a question for the governor, whom we imagine is going to read these reports cover-to-cover.

For some incisive commentary on Governor Scott’s ultimatum, we turned to Joyous Crybaby, the blog of UCF creative writing professor Lisa Roney. “On the surface, like so many things, it looks not unreasonable,” Roney wrote about Scott’s letter. “But there are two things disturbing about it: First, most departments and other units at state universities have never had a budget or staff to collect this kind of extensive data, which Scott demanded in one month. More disturbing is the fact that Scott’s letter doesn’t just make it clear what he intends; rather, he has assumed that we will all fall in line with his intention, and the mission he intends to force is that of vocational training for our students. I have nothing against job-production, and higher education is key in that effort, but to define it as the main or only mission for universities is scary.”

And now for some good gay news! Well, sort of good. We’ve spent a couple of grumpy column inches discussing the ins and outs of the proposed domestic partner registry intended to blend the city and Orange County in the holiest of matrimonies allowable by gay law. Though we’ve somewhat flippantly highlighted how depressing gay law can be – hospital visitations, funeral arrangements, prison visits – the Orlando Anti-Discrimination Ordinance Committee, a group of concerned citizens that seeks to protect Central Floridians from discrimination, begs to differ, and they’re probably right.On Nov. 23, acknowledging the news earlier in the month that the county would not be jumping on board to make the process more cheap and fruitful this year, the OADO folks issued a press release announcing that the Orlando City Council was going to go ahead with hearings on the registry at its last two meetings of the year, Dec. 5 and Dec. 12. (Also, the group loves Mayor Buddy Dyer so hard, y’all).

We talked to attorney Mary Meeks, who has been working with both the city staff and the county to get the legal language just right, and she set us straight on a few things. First of all, the notion that it’s going to be more costly for the city to do it alone without a county component is still a little fuzzy. Though the city’s ordinance includes some language to make it more easily joined with the county’s (should it ever get around to it), if the county doesn’t jump on, Meeks says, “there’s going to be some cost in implementing that administrative procedure.” Also, if the county changes the language of its ordinance, it would then have to go back to the city for two new hearings (again, “some cost.”) Regardless, backers of the ordinance are seeing this as an unmitigated victory.

“I would always make the point that we still can’t get married. That’s not something that Orlando or Orange County can do. They’re doing everything they can,” Meeks says. “I think it’s a huge step forward, having our city take the lead and be the first [in Central Florida] to do that. They are important rights.We should have them, but we don’t.”

As it stands now, Meeks projects that residents – and not just Orlando residents, to be clear – could pay about $50 to codify their relationships in a meaningful way that can be enforced by the city. (The exact amount of the fee will be determined by the city clerk within the next three months.) Though Meeks expects some outside bible thumping – John Stemberger, president of the Florida Family Policy Council, will probably show up and suggest something like marrying your dog, naturally – the resistance will likely be futile. Especially if you’re there to boo them out of the room.

“We want our people to show up in force,” Meeks says. “I think people should be there. The ones that do show up [for these anti-discrimination issues] are really glad that they do.” Now, there’s a party we can get behind. Gay!