It worked for the VOX UCF: Voices of Planned Parenthood. And now we are completely intrigued by their 8 p.m. March 8 (sorry about the late notice!) event at Austin Coffee & Film. It's an evening of music, interesting speakers (Sue Idtensohn of Planned Parenthood of Greater Orlando) and giveaways (alligator-shaped vibrators), all in the name of safely gettin' your freak on.

Did we mention The Great Condom Banana Race, in which blindfolded, bound-wristed contestants vie to be the first to sheath their fruit? How about the Wheel of Fornication? What more do you need to know?

Last week we told you about President Bush proposing to sell national forest land – 973 acres in Florida alone – to help raise cash. We also told you about Central Florida pols scoring abysmally on the League of Conservation Voters scorecard, which means they've been mean to Mother Earth.

Then something weird happened. U.S. Rep. Ric Keller, one of the lowest-scoring of the Central Florida delegation, drafted a letter asking Bush to remove the national forest proposal from his budget. Keller wrote: "[The Ocala National Forest] is the largest water recharge area in North Central Florida and absorbs and filters more pure drinking water than any other place in the area. … Selling 973 acres in this important watershed to temporarily pay for a budget shortage is nearsighted and irresponsible." Keller got other tree-haters, including Mel Martinez and Katherine Harris, to sign, along with 15 other Florida reps.

This is either an indication of how mighty this wildly popular column really is (unlikely, given the timing), or a signal that even Republicans feel they don't have to march in lockstep with Shrub any more. Either way, it's good news indeed.

And we thought we lived in a city whose government was beyond reproach, second to none in honesty, integrity and overall good apple-ism. Perhaps we just love too much.

For the second time in a year, the Orlando City Council faces an indictment-driven vacancy. Gov. Jeb Bush suspended commissioner – we refuse to call him "mayor" just because he held the job for six weeks – Ernest Page March 2 after district attorney Lawson Lamar charged Page with two counts of bribery.

We've never thought of Page as a particularly bad commissioner, but he screwed up. If trying to drive business to his nonprofit via the threat of killing a developer's project wasn't illegal, it was certainly stupid. We don't know if Page will be going back to the big house anytime soon – he did a few months in the 1980s for buying stolen merchandise in a police sting – but we'll venture a guess that his political career is over.

The race to replace him is in full swing. Some usual suspects (Lawanna Gelzer, Sam Ings), one older rabble-rouser (Mable Butler) and Page's nephew (Bakari Burns) may jump into the fray, among others. The election is April 11. It should get nice and bloody long before then.

Page sleazing out of his seat nearly completes an interesting power shift. As of last week, he was one of just two Republicans left on the Orlando City Council. If a Democrat wins Page's seat, and if commissioner Vicki Vargo loses her re-election bid to any one of her challengers but Bob Carr Jr. – a possibility – Orlando will have an all-Dem Council.

Just a few short years ago the Republicans had Mayor Glenda Hood, commissioners Don Ammerman and Betty Wyman, Vargo and Page, giving them a 5-2 majority. But Hood left, Ammerman lost, Wyman switched (again) and Page got jail bracelets. We know the City Council is ostensibly nonpartisan, but this has to have caused the GOP a little concern. After all, they've also lost their majority on the Orange County commission, where Democrats now control four of the seven seats (at least until the November elections).

Maybe it's time for a new city slogan: "Orlando: The Berkeley of Central Florida." 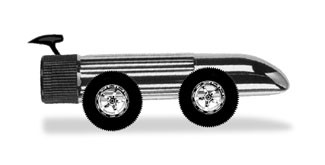 Because I'm in a gregarious mood, I'll regale you with another story of the patience of LYNX drivers. While the bus was stopped at the Orlando Regional Medical Center, a pajama-clad man hopped on. He stopped, looked up at the driver and said, "Where are we?"

Before the driver could answer, he said, "I need to go to Winter Park."

The bus driver calmly explained that he needed to catch a bus on the other side of the street. The guy asked the driver for a map. She told him the bus didn't have any.

"What are these?" Captain Pajamas exclaimed, pointing to the schedules of single-bus routes LYNX keeps on its buses.

"I don't have one for Winter Park," the driver said.

Pajama Man didn't care. He kept flipping through the schedule, looking for information that wasn't there and holding up the entirety of Orlando's mass transit – or at least this bus – in the process.

Pajamas then grabbed every single schedule he could find and flipped through all of them, still standing on the bus.

"Sir, you need to get off the bus," the driver intoned sternly.

"OK, OK," he responded. Then he decided to treat us to some Jon Bon Jovi lyrics: "Wanted, dead or alive!"

Finally he left the bus, presumably to take his vocal stylings to Winter Park, where I'm sure they were much more appreciated. Amazingly, the bus driver didn't scream at him or anything. And here I am, tempted to punch anyone in the throat for singing off-key Bon Jovi.