Wow, did those intelligent design folks ever get spanked ! On Dec. 20, U.S. District Court judge John E. Jones III ruled that the Dover, Pa., school board's adoption of the so-called intelligent design theory of human origin was a blatantly unconstitutional, thinly veiled attempt to reinsert creationism into public schools. And he didn't stop there.

"The citizens of the Dover area were poorly served by the members of the board who voted for the ID policy," Jones wrote. "It is ironic that several of these individuals, who so staunchly and proudly touted their religious convictions in public, would time and again lie to cover their tracks and disguise the real purpose behind the ID policy."

Predictably, the right branded Jones as a limp-wristed liberal who hates Jesus. "The Dover decision is an attempt by an activist federal judge to stop the spread of a scientific idea and even to prevent criticism of Darwinian evolution through government-imposed censorship rather than open debate, and it won't work," John West of the ID-pushing Discovery Institute told the WorldNetDaily website.

Yeah, but this "activist federal judge" was appointed by none other than George W. Bush himself, who tapped Jones – a lifelong Republican – for the bench in 2002.

Jones even anticipated the "activist judge" attack in his ruling: "Those who disagree with our holding will likely mark it as the product of an activist judge," he wrote. "If so, they will have erred as this is manifestly not an activist court. Rather, this case came to us as the result of the activism of an ill-informed faction on a school board, aided by a national public interest law firm eager to find a constitutional test case on ID, who in combination drove the board to adopt an imprudent and ultimately unconstitutional policy." Ouch.

Oh, and intelligent design isn't "spreading," except among fundamentalists looking for a back door to teach Genesis as scientific fact. What's more, Jones' ruling doesn't prohibit the criticism of evolution; that happens every day. Darwin's theory changes when new evidence comes along. That's science. Assuming that nature is so complex that it must have a creator is religion.

"In making this determination, we have addressed the seminal question of whether ID is science," Jones wrote. "We have concluded that it is not, and moreover that ID cannot uncouple itself from its creationist, and thus religious, antecedents."

You listening, Jeb? Keep that in mind when Florida's science curriculum comes up for review.

Since we're on the topic, how about that 1,200-word Dec. 20 profile in the Orlando Sentinel on the DeRosa family in Crystal River?

Pete and Linda DeRosa are "scientists" (ahem) who run Creation Expeditions, an organization intent on proving that the fossil record shows God created the earth a few thousand years ago. The DeRosas make a living digging up dinosaur bones, then using them to support their "theory" (ahem).

"We know who the creator is. It's the God of the Bible. It's Jesus Christ. It's our Lord. We won't find anything contrary to that," Pete DeRosa told the Sentinel.

Why does such sound "science" (ahem) merit front-page coverage in the area's only daily newspaper? Can't be due to their extensive background and training; they have no formal education in paleontology, and have been digging up bones for about 10 years.

This being Happytown™'s final column of 2005, and because nothing is going on and we need to fill space, we thought it an excellent time to reflect on the year that was. Here's our "year in review" in 264 words:

President Bush was sworn in and immediately started talking about privatizing Social Security. That went nowhere. The Republicans wallowed in scandal; two GOP congressmen were indicted on felony charges, and there's an investigation into GOP lobbyist Jack Abramoff. The Iraq War continued to go wrong. The body count surpassed 2,000. Cindy Sheehan's August vigil outside Bush's Texas ranch caused a media firestorm. The president's poll numbers plummeted. A normally hawkish Democratic congressman said it was time to get out, albeit responsibly. Bush's poll numbers plummeted further. The prez responded with a public-relations campaign that resorted to the usual tactics – "Democrats are traitors!" – as well as a newfound "plan for victory," which he debuted almost three years after starting the war. His poll numbers inched back up, but then came the next scandal: domestic spying. After inexplicably sitting on the story for a year, The New York Times reported that Bush authorized the National Security Agency to wiretap American citizens without a court order, a big "up yours" to the Foreign Intelligence Surveillance Act of 1978. Watch this one develop in 2006.

Locally, Mayor Buddy Dyer had quite the year. He was indicted, suspended, unindicted and then reinstated. He faced a recall, but that didn't last long. He unveiled his Pathways for Parramore plan and continued to tell us downtown is on the verge of something big. High-rise construction boomed. Tall cranes dotted the skyline. But Dyer's political future hinges on 2006, when his three big projects – a new or renovated arena, a performing arts center and a renovated Citrus Bowl – move from abstract to concrete (or don't).

This is the time of year that people make resolutions, and your friends at Happytown™ are no exception. Here's our list for 2006:

• We are going to smoke more, because we are contrarians by nature.

• We are going to work extra hard at uncovering scandals, foibles, peccadilloes and other things that "nice" Orlando doesn't want you to read about. We are never going to use the term "nice Orlando" in print, ever again.

• We are going to include two references to ponies in our columns next year, minimum.

• We are going to try to drop a few pounds so our gut doesn't hang over our belt so much.

• We are going to bring back the "Tourist of the Week" semi-regular feature.

• We are going to stop visiting illegal websites, now that the CIA is on to us.

• We are going to do lunch with our agent and finally talk seriously about that book and movie deal that's been in the works for six months now.

• We are going to make 2006 the Happytown™iest year since recordkeeping began in 1817.

This week's report by Jeffrey C. Billman and Bob Whitby. 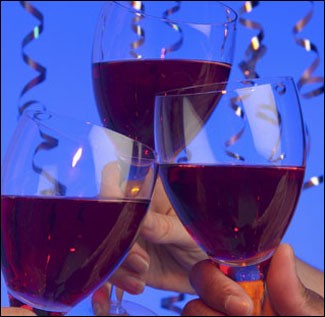 Drunkenness is not an entirely uncommon occurrence on the LYNX bus. And people sweating beer stink really, really bad. Seriously. I don't know what it is about beer sweat that makes it so much worse than the after-effects of other alcoholic beverages, but beer sweat kinda smells like ass, skunk beer, vinegar and vomit at once. Recently, on the crowded 37 bus at 8:30 a.m., Mr. "I'm from New York" sat next to me. About a millisecond later I'm thinking about standing the rest of the ride. My eyes were watering. Fortunately, at the next stop Mr. New York found another seat.

Now, at first I thought he might have been hungover. But no sir. He was transporting his beer around in a plastic Coke bottle, sipping away. Pretty classy. Did I mention this was 8:30 a.m.? And that Mr. New York was on his way to work?

If you must drink and ride, please – for the love of God – do not drink beer. It stinks up the whole bus.