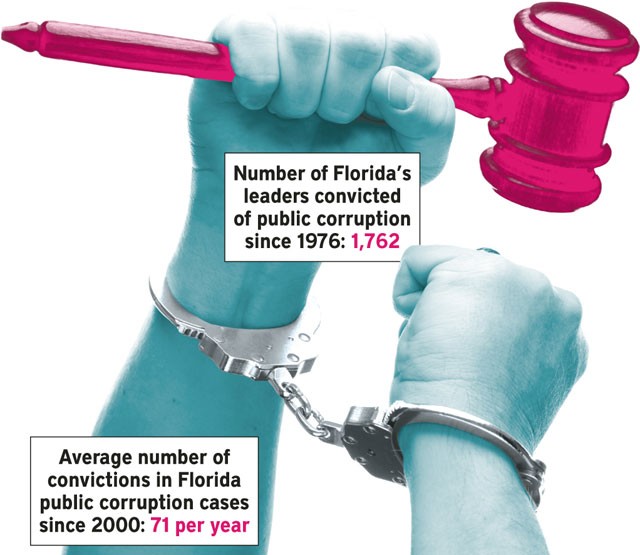 Like that proverbial 98-pound weak-ling in sagging tube socks and bifocals, we were caught completely unawares by the June 6 "stadium summit" between Orange County Mayor Teresa Jacobs and Orlando Mayor Buddy Dyer regarding a renewed interest in the (other) sports side of the 2007 venues agreement. Blame the concussion from the flying footballs directed at our head or the welts endured from countless hours of rolled-up wet towels directed at our nonexistent behind, but we had no idea that this was even an issue to be discussed in the current economic context – certainly not while the Dr. Phillips Center for the Performing Arts is still in process and nobody even knows where the hell that is going. We thought the $175 million Citrus Bowl renovations were squarely set for somewhere around 2050, when pigs fly.

Sure, there were murmurs of something happening. An April 22 WFTV News 9 story suggested that Dyer was even considering reevaluating the priorities of the original 2007 inter-local agreement, which clearly stated – through something called the "Jacobs Amendment" – that both phases of the performing arts center would be completed before renovations of the urine troughs of the Citrus Bowl bathrooms began.

"The growth hasn't been there, so if we're going to move forward with the Citrus Bowl, we have to look at revising the inter-local agreement," Dyer said two months ago, sounding like a jock.

Well, the meeting did happen, and although we were not present, the outcome – reported as something positive and egalitarian vis-à-vis the potential removal of the Jacobs Amendment to satisfy the green jackets of Citrus Sports – seems to be causing quite a stir among those who prefer shiny loafers to cleats. Much of that stir is related to fiscal confusion, sort of like staring at a dry-erase locker-room play board through the eyes of an idiot, but two things seem certain: Dyer wants to satisfy his Citrus Sports friends, and DPAC is in trouble.

More solid information is supposed to pop up in a couple of weeks, but here's what we know so far: There's been a tentative agreement to launch the sporty renovations without any real funding source; the county may or may not back up the city's pie-eyes with $11 million in debt service (but only after the city drains its own $35 million in reserves set aside for the venues); nobody knows what the hell Dyer wants to issue bonds against to get the loans needed because the city is already overstretched on its credit cards. Touchdown, Dyer!

"[City Chief Financial Officer] Rebecca Sutton says that there are multiple ways within the city that we can back the bonds," says city spokeswoman Heather Fagan. "The city has options. She'll be talking with the mayor and the commissioners to see what is the best option."
OK, hold up. This "other source" that Fagan is referring to is completely unidentifiable at this point; if the tourist tax dollars don't come pouring in as projected, the city will pony up $35 million in reserves – handily stored in "buckets," she says – and the county will expose itself only to one-third of that risk. Is this a pass fake?

The real issue, at least to geeks like us, is what this means to the second phase – the one that's supposed to include the local arts groups – of the performing arts center. Through the complex vortex of financing that is the venues deal, there are certain philanthropic fundraising benchmarks DPAC must meet before receiving any more public financing. Though phase one – the touring Broadway concert emporium – is already underway, the future of phase two just got a little bleaker.

"If TDT projections are right, by the time DPAC comes up with the fundraising, everyone should be able to do both projects," says Fagan, somewhat unconvincingly. "I think it's envisioned that the amount to fund phase one would stay as normal. When phase two comes in, that's when the Citrus Bowl will come into play."

We phoned up Orlando Philharmonic Orchestra Executive Director David Schillhammer to find out what he's been told about the deal. The philharmonic, after all, has been relying on the acoustics of phase two to make the new center its effective home base. Never one for gossip, Schillhammer comes off as cautiously optimistic about the whole deal. He's always supported building all three venues completely, he's clear to note, but he doesn't want this to nip at the orchestra's bottom line.

"There's no resentment about it," he says. "The philharmonic wants the Citrus Bowl to be renovated to the extent to which it does not harm the philharmonic."

According to Schillhammer, the pot may be sweetened for DPAC by some reduction in their required philanthropy thanks to "delay costs" being reduced for the Citrus Bowl. Also, assuming DPAC meets it philanthropic benchmark of $80 million, phase two could begin construction while phase one is still under construction, also reducing delay costs. Win-win! We'll believe it when we see it ... or can calculate it?

As if that little bit of creative financing weren't enough – or if our cover once again stating the stupidity of this state didn't give you a hint – a report surfaced last week that declared Florida the most corrupt state in the country. How do we always win these things? Well, for one, the report (issued by nonprofit Integrity Florida) weighed the fact that 1,762 members of Florida's public leadership cabal have been convicted of public corruption since the bicentennial glory days of 1976. In this century's first decade, convictions have averaged at a rate of 71 per year. A separate "state integrity investigation" found that, even with that conviction rate, Florida deserved a grade of C-minus in the realm of ethics enforcement, meaning that everyone is corrupt – most just don't get caught. The ostensible goal of the report was to encourage ethics reform up there in Tallahassee, but we all know how that goes: Backburners are really far away. Regardless, seeing as Gov. Rick Scott is embroiled in a two-way lawsuit for his rejection of a U.S. Department of Justice order that he stop purging voter rolls, we can only assume that everything is fine. You have nothing to worry about. Get back into the locker room, weakling, and stop asking questions.