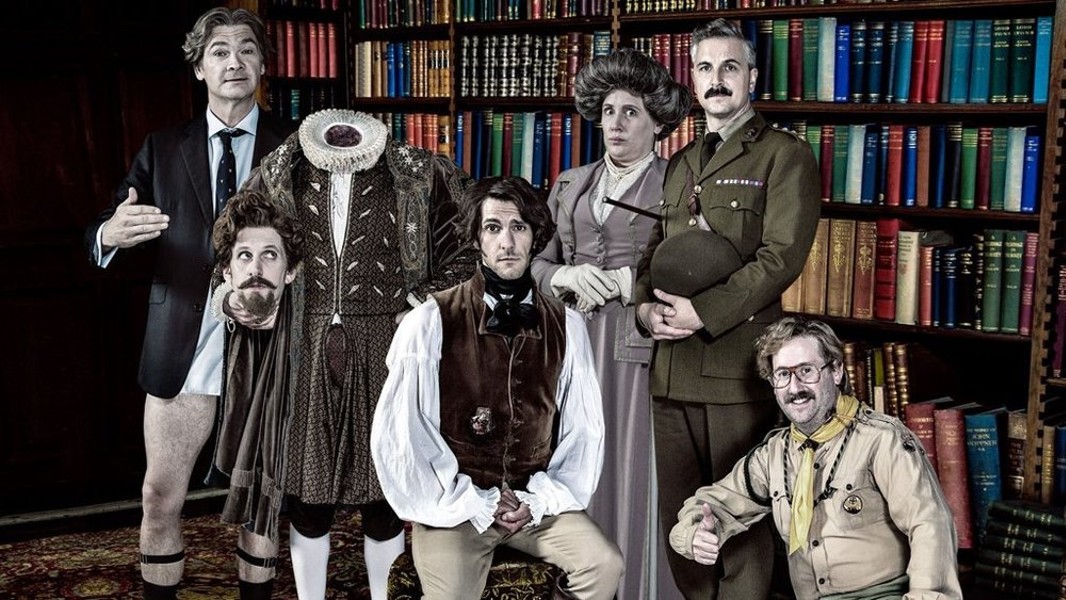 Photo courtesy HBO Max In 'Ghosts,' a houseful of haunts try to scare off the human interlopers who have moved into their place

Premieres Wednesday: Ghosts – Launch day for the ballyhooed HBO Max includes the stateside debuts of some popular British series. The first is Ghosts, in which a houseful of haunts try to scare off the human interlopers who have moved into their place. Geez, 15 bucks a month and I gotta watch the English rip off Beetlejuice? Are they really still that pissed off over Bunker Hill? (HBO Max)

Home – Another U.K. series arrives on our shores, promising all manner of comedy and drama as a family of three discovers a Syrian refugee hiding in the boot of their car. But really, what other choice did he have? Under Boris Johnson, Pakistanis have dibs on the glove box. (HBO Max)

I'm No Longer Here – In between seasons of his HBO series Los Espookys, director Fernando Frías de la Parra stays on our radar with an original film about a Mexican-born gangleader trying to assimilate to life in Queens, New York. Now I guess the onus is on Ryan Murphy to make a movie about a Mexican queen trying to assimilate to life in a gang. Because you know he could rock that! (Netflix)

Love Life – Remember Murder One, that ABC series from the '90s that followed a single murder trial over the course of a season? Something similar is afoot in Love Life, which charts a woman's (Anna Kendrick) romantic history from the beginning to the end. Murder, dating ... close enough, right? (HBO Max)

Stath Lets Flats – The presence of What We Do in the Shadows' Natasia Demetriou in its supporting cast will be the lure that brings American viewers to this U.K. import. But the key man is her brother, Jamie, who created and wrote the show and stars as a rock-stupid Greek Cypriot who makes the worst possible go-between for landlords and renters. I'm hoping for a shared universe with Home, just so we can see Stath set up a Syrian in a nice Mini. (HBO Max)

Trigonometry – Yet another British show, this one offering a peek into the life of a toxic narcissist who has convinced two women with low self-esteem to vie for his attention. Wait, I mean "a polyamorous household." That's what they like to be called. (HBO Max)

Premieres Friday: Ramy: Season 2 – Ramy Youssef is back with 10 new episodes of his acclaimed series about a Muslim-American millennial wrestling with his identity in New Jersey. See, I grew up in New Jersey, and wrestling with your identity is pretty much all there is to do there. So good luck, Ramy! Hold out for two falls out of three. (Hulu)

Space Force – Coming in just under the wire, May's highest-profile Netflix debut is a comedy series that reunites The Office's Greg Daniels and Steve Carell to lampoon Donald Trump's dream of taking the U.S. military to the stars. Oh, for the days when that was his dumbest idea. (Netflix)

Premieres Tuesday: Fuller House: Season 5B – The conclusion of the Full House reboot finds the ladies planning an elaborate triple wedding. OK, this is where I want to see some polyamory. (Netflix)