Honest, messy and intense: The best films of 2016 so far 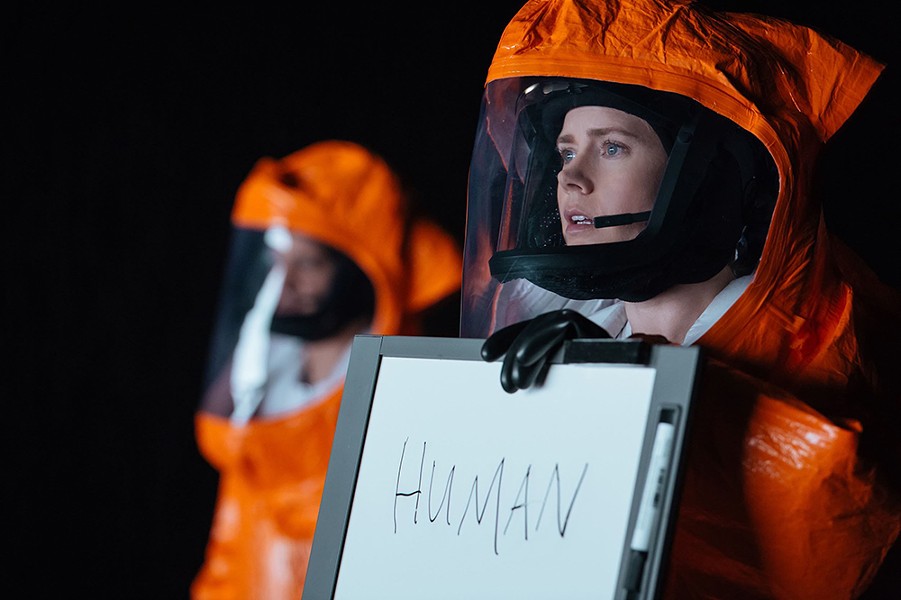 The calendar may say 2016 is ending, but for cinephiles, it's just getting warmed up. So because a definitive list of the best films of the year is not yet possible, I offer instead some flicks that might land on that list once the dust of December premieres and awards season settles.

But before we examine the films, let's award a couple of special prizes. For biggest business story, the winner is Star Wars: The Force Awakens, which smashed Avatar's domestic box-office record. James Cameron may have the last laugh, though, as his Titanic is still ahead of The Force Awakens in adjusted-to-inflation dollars. Indeed, The Force Awakens didn't even crack the top 10 of that list.

The award for innovation goes to a film that also is the biggest disappointment: Billy Lynn's Long Halftime Walk. Director Ang Lee shot the film in 3-D and 120 frames per second, instead of the standard 24, and those who saw the movie in that format – which includes virtually nobody, as most theaters weren't properly equipped – reported a uniquely realistic if slightly uncinematic experience. Unfortunately, the writing, acting, pacing and editing are so bad that the only format in which this film would look good is zero frames per second.

Before focusing on features, let's give a round of applause to short movies and the filmmakers who pour their love into them for no financial reward. For, as Louis C.K. said at the most recent Academy Awards, these are people who, if they are lucky enough to win an Oscar, drive it home in a Honda Civic, wearing their cheaply rented tux. And among all the shorts I saw in 2016, one rises above all others: Dissonance, by German filmmaker Till Nowak. It's a jaw-dropping blend of animation and live action that is pure cinematic genius and quite simply the best short I've ever seen – and that's saying something, as the art form dates back to 1888.

Now to the best features, and to two that will battle for best special effects but, sadly, have little hope of other Oscar glory: The Jungle Book and Doctor Strange. The former is a spectacularly imaginative and well-produced combination of the Rudyard Kipling books and the 1967 hand-animated Disney version, while the latter is among the top 10 superhero films ever. Also likely to receive a snub from the Academy is Arrival, the smartest sci-fi flick of 2016 and a throwback to an even better one: Close Encounters of the Third Kind.

The more "serious" subjects usually fare better come Oscar time, and this year should be no exception. One of the best is Tom Ford's Nocturnal Animals, a brilliantly layered, twisty thriller starring Amy Adams, Jake Gyllenhaal and the incomparable Michael Shannon, who deserves a nomination for best supporting actor. Also praiseworthy is the emotionally moving Moonlight, which reminds us that the sun shines brightly on people of privilege, but if you're meek, poor, black or gay, you might have to settle for the light of the moon instead. (Naomie Harris, as the main character's drug-addled mother, should be a shoo-in for a supporting-actress nod.)

Among big-name directors, there's Clint Eastwood's Sully and Oliver Stone's Snowden. Though neither is the best movie by the two helmers, they are arguably two of the most intense and memorable films of the year. (Don't be surprised if Tom Hanks gets another nomination, though his achievements are eclipsed by Meryl Streep, who is likely to garner her record 20th Oscar nomination, for Florence Foster Jenkins.)

Unable to be categorized are Damien Chazelle's musical, La La Land, and another flick by a Hollywood legend (Warren Beatty): the absurdist dramedy/bio-pic, Rules Don't Apply. Both are a bit of a mess but are nevertheless a joy to behold. And though La La Land may not revive the American musical as well as Chicago did (briefly), it certainly resuscitated my love of the Hollywood musical tradition and the city that produced it.

The most honest film of the year, at least among non-documentaries, is Manchester by the Sea. Writer-director Kenneth Lonergan's film focuses on an emotionally crippled man trying to handle the latest tragedy life has dealt him. It's brimming with emotion and, surprisingly, humor and is the most likely candidate for the best-film Oscar, with Casey Affleck a strong contender for best actor.

Though they might be bested by some foreign films that haven't yet screened in the United States and are, therefore, embarrassingly absent from this article, my three top films so far are Jackie, Denial and Rogue One. The latter is the best Star Wars film since Return of the Jedi, with arguably the most astonishing CGI ever. Jackie, directed by Pablo Larraín and starring Natalie Portman in the finest female performance of 2016, is both a hyperrealistic and a dreamlike look at Jacqueline Kennedy in the days following the assassination of her husband. And Mick Jackson's Denial focuses on those who reject the Holocaust, with its top takeaway being that we must always fight against hate and ignorance, even if the person preaching them is a cartoonish and unworthy adversary. Come to think of it, that's a fitting takeaway for all of 2016.