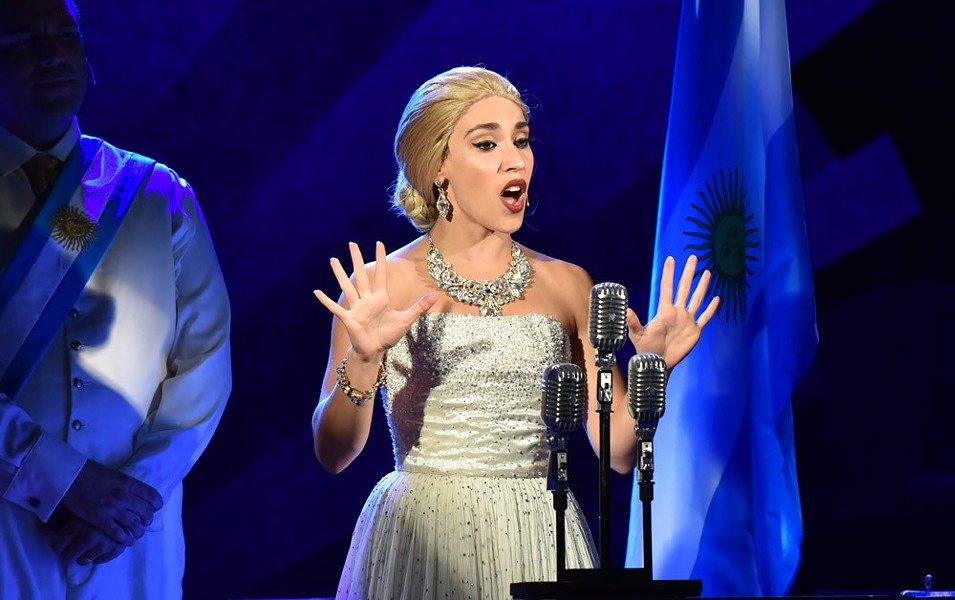 Photo from 'Evita' at Orlando Shakes by Tony Firriolo

In the coming weeks, Orlando will welcome two showcases for original works, while saying farewell to a beloved local institution.

Right now, the Venue is counting down the "12 Days of Doom" before Ivanhoe Village's independent theater permanently closes on Thursday, Sept. 12. Janine Klein kicked off the demolition a little early by tearing the roof off during last Thursday's reprise of her Rehearsed cabaret; choreographer Katrina Soricelli contributed to the debris with an encore of Trash: Our Waste Syndrome, her environmentally minded debut dance project. Naturally, Blue Star's VarieTease will headline their home stage for its final two nights with performances of Hammers & Lambs, followed by a sure-to-be-emotional seventh anniversary/farewell party.

Oct. 4-6, New Generation Theatrical (newgentheatrical.org) hosts its first "Be Original" new script festival at the Dr. Phillips Center for the Performing Arts. Eight submissions were selected for table readings, while another eight get full stagings with minimal sets. Participating local playwrights include John Mark Jernigan, Jami-Leigh Bartschi, Ashleigh Ann Gardner and Michael Wanzie, whose sexual comedy It All Started at the Radisson Inn delves into foot fetishism and Ecstasy. Talkbacks will be held after each performance, and $15,000 in grants will be awarded to the top shows.