In 1990, The Simpsons, an animated spin-off of the cartoon shorts that once were part of the Tracey Ullman Show, debuted as a 30-minute show.

"Ice Ice Baby," the B-side to rapper Vanilla Ice's single "Play That Funky Music," hit No. 1 on the Billboard charts.

And The Weekly hit the streets (driveways, actually) of Orlando for the first time to tell you all about it.

Once a throwaway rag known as the Orange Shopper, the little publication (although "little" may not be the correct word for a pub that put out 175,000 copies each week) had been purchased in 1989 by the owners of the Toronto Sun, as part of a package that included small publications around the state. In 1990, the Sun, which had dabbled in U.S. media before when it purchased the Houston Post in 1983, rebranded and relaunched several of those publications – including the Orange Shopper – and named them all The Weekly. The directive was, according to a story published in the Orlando Sentinel in 1990, to put out a mild-mannered publication that informed but didn't offend:

People won't invite you into their homes if you're little more than a common scold.

So goes the theory at Orlando's newest publication, The Weekly, a middle-of-the-road newspaper with features and entertainment news.

Begun earlier this month, the tabloid-size newspaper isn't after critical-essay awards. A report on Orlando's University Club, for instance, concentrated more on the luncheon menu than on policies that bar blacks and women from membership.

Instead, The Weekly, launched at a time when advertising lineage among Florida newspapers is rather anemic, is aiming for friendly rather than shrill. It will include movie and restaurant reviews, personality and lifestyle features.

"There will be weeks when our stories are softer and other weeks when they are tougher," Peter O'Sullivan, the publication's 41-year-old editor, said recently. "But I don't want us to be a weekly whiner. After all, we're going to homes unordered." 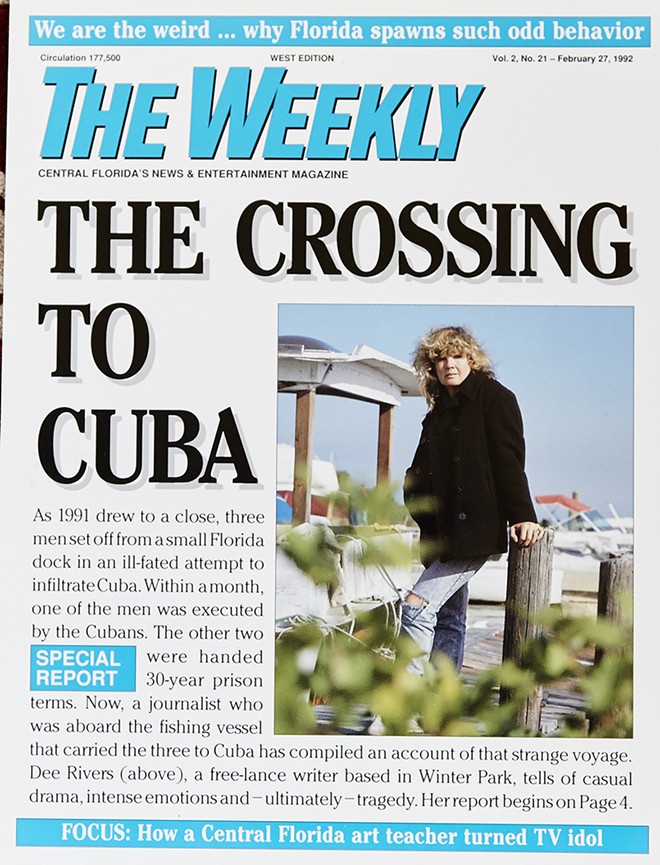 The Weekly, with circulation of 175,000, is free, thrown in the driveways and on the doorsteps of homes in Orange and Seminole counties.

It is owned by Toronto Sun Publishing Corp., also parent company of the Osceola News-Gazette and Osceola Shopper, distributed in the Kissimmee-St. Cloud area. The Canadian publisher, which owns five dailies and a string of weeklies in Canada, is one of the feistiest newspaper companies in North America, industry analysts say. – "Newspaper aims for friendly image," Orlando Sentinel, Oct. 26, 1990

It didn't take long for the new publication to take hold – within a couple of years, it revamped not just its image but also its business model. It stopped home delivery and adopted the current distribution model (pickup at local businesses and in boxes around the city). The publication hired local columnists and editor Jeff Truesdell to lead the editorial department. It adopted a spicier voice and wasn't afraid to take well-placed aim at those in power when warranted. But as both Truesdell and longtime columnist Liz Langley relate in the following essays, there was one man in particular – founder Peter O'Sullivan, who died at his home in San Diego in 2013 – to whom the Weekly, as we now know it, owes its greatest debt.