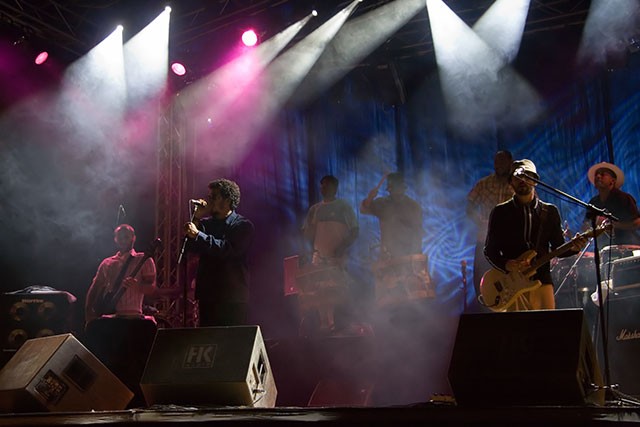 We talked to Norse Korea Presents’ Kyle Raker about how he’s found success booking Orlando shows since 2006. This year, he’s responsible for bringing bands like Ceremony, the Coathangers, Valient Thorr, Lemuria and more to town. While every booking agent needs to recoup the costs of any show, his definition of what makes a show for him might surprise you: “A good show, to me, is defined by the experience the people have at it, and the experience the bands have at the show. If I have the bands thank me after, it’s a good show. If I have friends or even strangers thank me after, it’s a good show. I’ve learned that to do this – to book shows – you have to remove money from the equation.” Here are his tips:

1. Establish relationships with band managers and agents. “In many instances, an agent for the band that I have an established working relationship with will email me and ask me to put holds in on a given venue for a given range of dates, or a specific date. In those cases, it’s something being brought to me,” Raker says. “There are some instances, however, where I actively pursue a band that doesn’t have an Orlando show scheduled. A great example of this would be Lemuria back in July. They didn’t have an Orlando date scheduled, and that bummed me out. So I reached out to their agent. I was able to get them to add on an Orlando date.”

2. Help bands book the Florida leg of their tours. “In the case of Turbo Fruits (Jan. 24, Backbooth), I reached out to their agent and offered to assist in booking some of the other Florida dates to make it worth their while to come down here.”

3. Find local bands for the lineup who care about the show. “What is most important is that the local band gives a shit. Lemuria is a great example of that. They are, for all intents and purposes, an indie-pop band. But it was the local punk bands that were asking to play the show. I was completely fine with that, because I knew that they would be as excited about the show as I was.”

4. Book local bands who don’t play shows every single night. “Bands like the Heathens, Band Marino, Summerbirds in the Cellar and the Country Slashers a few years ago that had really solid local draws worked hard, spread the word about their shows and didn’t overplay. I think we will start seeing this mentality again soon. I already am.”

5. Pick the right venue. “For the most part I’d rather put a show in a venue that is too small than too big, but that’s not always an option,” Raker says. “Will’s Pub is a perfect venue for such an amazingly broad range of music, and it has that neighborhood bar feel to it. Peacock Room always treats the bands super well. Uncle Lou’s is tiny, but Uncle Lou has always opened his doors to bands, and there is zero overhead to do a show there. Backbooth has the ability to host a broad range of smaller shows at a slightly higher cost, while still having the capacity to host larger shows and all ages shows.”